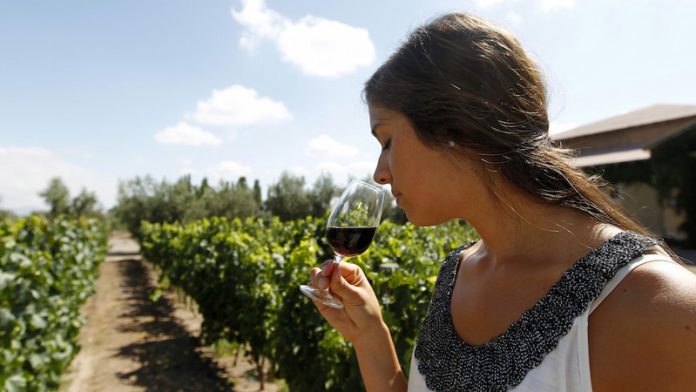 Has the success of Syrah and the Rhône blends coming out of the Swartland skewed the picture as to what’s going on at the top end of the South African wine industry as a whole? An international commentator has barely to set foot at Cape Town International Airport before he or she is whisked off to Riebeek Kasteel and environs for a tasting, which might well mean that what’s going on in other red wine categories is getting short shrift.

The Christian Eedes Cabernet Sauvignon Report is now four years old. There were 13 wines out of 60, which rated 90 points or higher on the 100-point scale and it’s difficult to imagine a similar-sized flight of Shiraz producing a much better result.

If advances in Shiraz are being largely driven by Swartland winemakers, then Cabernet remains a Stellenbosch forte – out of the top 13, 10 feature grapes sourced solely from this district while 40% of the fruit for the Spier Woolworths Reserve 2012 is from there (the other 60% from Darling) with only the Nederburg II Centuries 2010 (Paarl) and La Bri Limited Release (Franschhoek) breaking the pattern.

Also of interest is how much the 2012 vintage features with 10 of the top 13 from this year. When renowned United Kingdom wine critic Jancis Robinson MW was out here in January, she remarked that the fundamental challenge for viticulturists right now was to “close the gap” between the two curves of sugar ripeness and phenolic ripeness (the former progressing quicker over time than the latter) and it does seem that the favourable growing conditions which 2012 provided contributed significantly to wines of excellence.

Ageing like wine
Is my general bullishness about the category entirely justified? It has to be said that there are still a lot of wines selling for around the R200 a bottle mark (expensive in the local context) with scores in the low to mid-80s and this is undoubtedly below par. However, much it might pain the traditionalists out there, wines showing a “green” character are not permissible but equally drowning over-ripe fruit in plenty of oak isn’t the solution either.

The best wines, or at least the wines this panel is inclined to reward, combine luscious fruit and textual generosity without sacrificing freshness. While they can certainly be enjoyed much earlier than the wines of yesteryear, the verdict is out on whether or not they will age as well. Attention to overall chemical balance on the part of the winemaker means that there’s no inherent reason why these new-wave Cabs should not mature with benefit, but the reality is wines, no matter how premium, are now rarely cellared for any length of time and are drunk younger and younger.

That one caveat aside, what’s really exciting is that however good this year’s line-up is, even better is probably just around the corner. The point is there’s a lag time between critical feedback and being able to see the effect of improvements implemented in either the vineyard or the cellar. The trajectory of the learning curve that the South African wine industry has been on ever since political transformation circa 1994 remains steep which means quality gains are still relatively easily had.

The tasting is capped at 60 wines, partly consisting of examples which have fared well in recent local or international competition and partly from those producers I consider to be the best in their field even if somewhat low profile.

The judging panel was chaired by myself and further consisted of two trusted colleagues, namely Roland Peens and James Pietersen, both of Wine Cellar, a Cape Town firm which brokers and cellars fine wine.

Christian Eedes is the editor of Wine magazine. He has tasted wines for the Old Mutual Trophy Wine Show and Platter’s South African Wine Guide, as well as various other local and international competitions.