Church on Sunday and the roll of the dice 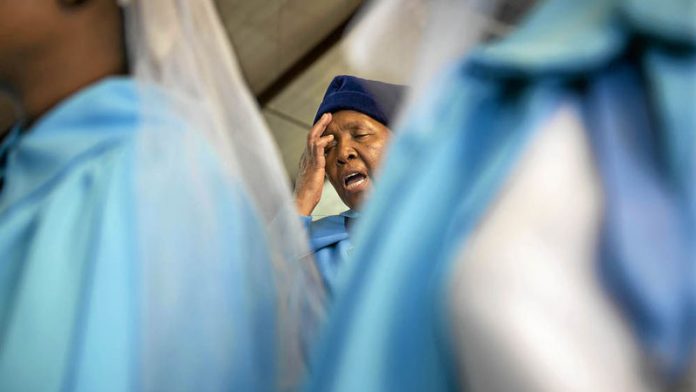 Mr Dlakama was by and large a cultured man from rural Limpopo.

He arrived in the North West’s squatter settlement of Winterveldt barefoot, to look for work.

After a long search, he got a job as a gardener in the largely Afrikaans-speaking and working-class suburb of Danville, north of Pretoria.

He saved some money, enabling him to sublet two backyard shacks, one each for his two wives, who both also hailed from Limpopo.

It was routine for Mr Dlakama to wake up early on Sundays, ahead of the service at the local corrugated-iron Twelve Apostle Church of Christ of Nazareth.

He would emerge from one of the two shacks, dressed in a white coat over his favourite pinstripe suit, his wives in tow.

Mr Dlakama always carried a little goatskin drum under his arm, which was draped with woollen patterns of various shades.

As they took to the alleyways of Winterveldt, around the corner Mr Dlakama and his wives would bump into a group of men rolling dice. These men received Mr Dlakama with warm greetings, but then exchanged mischievous winks behind his back.

Mr Dlakama would continue with his journey to the church, beating a tune on the little drum, his wives humming a hymn in tandem. Along the way they would be joined by other churchgoers, some beating their own drums, while others tinkled little silver bells.

The service, spearheaded by a bushy-bearded clergyman, comprised a verse or two from the Scriptures, and more singing, dancing and praying. One of Mr Dlakama’s wives, or both, would tremble and scream, overcome by the Holy Spirit.

The clergyman encouraged the congregation to hold hands, confess to their sins and ask for repentance.

Back from church, Mr Dlakama would enter one of the shacks, to rid himself of the white coat and drum.

His wives always placed a small table and a chair in the shade of a tree on which Mr Dlakama hung his jacket and sat down to rest.

The wives would bring a bowl of water for Mr Dlakama to wash his hands, and then a plate of food.

After the meal, a tray with a bottle of cold beer and a glass would be delivered. More bottles of beer would follow, until it felt like the Holy (evil?) Spirit was playing havoc in the man’s mind.

Mr Dlakama would rise and stagger out of the yard, around the corner to the group of men rolling dice. Here he would go down on his haunches, and start throwing away hard-earned cash.

In this way, he satisfied his earthly needs after church every Sunday.