Look to China for solutions to Fifa corruption 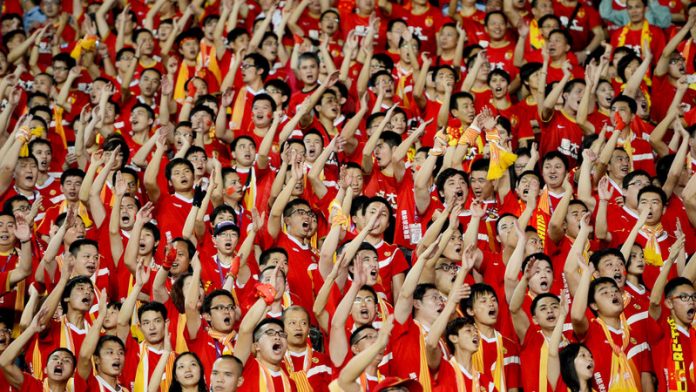 The surprising arrests of 14 Fifa officials last week in Switzerland caught the attention of soccer fans around the world, but the Chinese public would be forgiven for not feeling particularly impressed.

For the past six years, the Chinese government has been conducting an anti-corruption campaign of its own to clean up its soccer federation, and dozens of leading Chinese soccer figures have been convicted and jailed on bribery and match-fixing charges.

With the Fifa investigation and clean-up effort still in their early stages, prosecutors and Fifa officials would be wise to take note of China’s successes.

Corruption and soccer have long been linked in the minds of China’s soccer fans, and with good reason. In 2001, the Chinese car company, Geely, pulled out of a 30-year deal to sponsor Guangzhou’s professional team after only eight months, because the company president said he didn’t want to be involved in the team’s widespread match-fixing.

But Guangzhou wasn’t an isolated case. Many Chinese professional teams at the time were suspected of similar activity. League officials disciplined at least three teams for fixing matches, but that hardly seemed a sufficient deterrent.

That’s because corruption was known to extend from the bottom rungs of China’s professional soccer leagues to the very top of its state-run soccer federation.

According to a one-time boss of the China Football Association, players could buy their way in to China’s national team for about $16 000.

That might explain why China has never managed an impressive showing on the international stage – it came away from its sole World Cup appearance, in 2002, with no wins and no goals.

But the culture of the sport had become so corrupt that cleaning it up seemed an impossible task, a perception that was breeding cynicism among China’s soccer fans.

The situation only began to change when the government decided to get involved.

In 2009, Xi Jinping, then vice-president, told reporters in Germany that China was “determined to make its football go to the top level”.

A few months later, 16 low-level football functionaries and players were arrested for corruption in Guangzhou.

Over the next two years, the arrests continued, with low-level functionaries giving way to some of China’s leading soccer lights. More than 50 offenders, including two former directors of the national league, several players who had represented China during its 2002 trip to the World Cup, and a referee known as “The Golden Whistle” and who had officiated over two World Cup matches, were charged.

By the time Xi, a self-described football fan, became China’s president in 2012, the crackdown was largely complete, with the worst networks of offenders throughout China’s soccer federation having been rooted out and replaced.

Xi has now moved on to implementing an ambitious plan to rebuild China’s soccer culture. Perhaps the most important reform is an order divorcing the China Football Association from the government agency that formerly administered it. Henceforth, it will be a nonprofit civil organisation run by a wide range of soccer professionals, team owners, regional soccer associations and representatives of the Chinese government.

Accountability and transparency are in; cronyism is out.

Parallel with the institutional reform, the government has initiated a massive effort to expand the teaching and playing of soccer in Chinese schools.

It’s too early to make a definitive judgment on the success of these reforms, but China’s national team is certainly playing as if a burden has been lifted from its shoulders.

The team had hit rock bottom in 2013, when it lost a match to a Thai team that included seven youth players. Social media users wondered whether the team had thrown the match and even hardline Communist Party newspapers denounced the team as a national embarrassment.

But earlier this year, at January’s Asia Cup, China won its group and advanced to the quarterfinals, shocking and delighting China’s jaded fans. In response, the website for China’s anti-corruption agency, Xi’s main tool in the fight against graft, declared on its website that “the football field no longer shelters filth”.

China’s experience with its soccer federation shows that eliminating corruption from a sporting organisation requires more than knocking out that organisation’s leadership. The key to China’s success is that, at the very start of its soccer crackdown, it started rooting out graft networks, not just top officials.

In Fifa’s case, that would mean tackling the considerable graft in member federations, such as Brazil, which on Thursday last week also happened to start looking into its corruption problem.

It would also mean changing the organisational structure of Fifa so that its decision-making is more transparent and its leadership more accountable to those it serves.

Unfortunately, such changes will be far more difficult to accomplish. And, unlike China, there’s no national government – or a powerful national official like Xi – who can force Fifa to change how it runs its affairs. – © Bloomberg