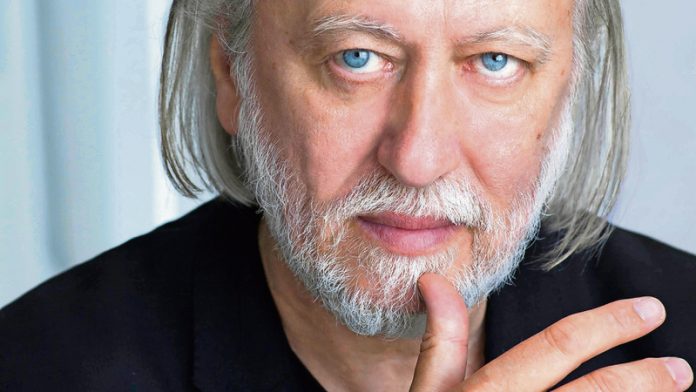 Awards such as the Man Booker International prize are doing their job if they bring relatively unknown authors to new readers. If you’ve missed out on László Krasznahorkai’s writing so far, here’s a potted history. This Hungarian novelist and screenwriter has been an open secret in some circles, and has been described by Susan Sontag as the “contemporary Hungarian master of the apocalypse”.

For starters, how do you pronounce his name?
la:slo: krasnahorka.i. That’s in phonetic English.

Who is he?
Considered by many to be the most important living Hungarian author, Krasznahorkai was born on January  5 1954, in Gyula, Hungary, to a lawyer and a social security administrator. He studied law and Hungarian language and literature at university, and, after some years as an editor, he became a freelance writer. His first novel, Satantango (1985), pushed him to the centre of Hungarian literary life and is still his best known. He didn’t leave communist Hungary until 1987, when he travelled to West Berlin for a fellowship – and he has lived in a number of countries after that, returning to Hungary and Germany often.

In the early 1990s, he spent long periods of time in Mongolia and China, and would later explore Japan – all of which resulted in aesthetic and stylistic experiments and changes in his writing. During his writing of the novel War & War (1999), he travelled in Europe and lived in Allen Ginsberg’s flat in New York, where the American writer and poet advised and helped him. According to his publishers, he now “lives in reclusiveness in the hills of Szentlászló”. His main literary hero is, he says, Kafka: “I follow him always.”

Which are his main translated works, and where should you start?
He’s known for his uncompromising style (the 12 chapters of Satantango each consist of a single paragraph) and is often labelled as postmodern. Don’t let that put you off, though. Five of his fictional works have been published in English so far, in translations by Ottilie Mulzet and George Szirtes, who will share the £15 000 translation prize that goes with the Booker.

Satantango (1985) is his first and most famous novel. It tells the story of life in a disintegrating village in a dystopian communist Hungary, where a man called Irimias, long thought dead and who may be a prophet, a secret agent or the devil, appears out of nowhere and begins to manipulate the remaining citizens. According to the Guardian review, this is “a monster of a novel: compact, cleverly constructed, often exhilarating, and possessed of a distinctive, compelling vision – but a monster nevertheless. It is brutal, relentless and so amazingly bleak that it’s often quite funny.” It won the 2013 Best Translated Book Award in Fiction.

The Melancholy of Resistance (1989): This comedy of apocalypse is set in a town where a mysterious circus, which seems to exhibit only a whale, unnerves inhabitants. He uses a stream-of-consciousness style, with minimal punctuation. Translator Szirtes described it as “a slow lava flow of narrative, a vast black river of type”. It won the Book of the Year award in Germany in 1993.

How about the films?
Both these novels have been made into films by his friend, Béla Tarr, in a collaboration that began with Kárhozat (Damnation) in 1988, and includes a seven and a half hour black-and-white epic version of Satantango that took seven years to make and was released in 1994. The collaboration continues today.

What do the International Booker judges say about him?
Krasznahorkai was chosen from 10 contenders for the £60 000 prize for “an achievement in fiction on the world stage”.

The official citation says: “What strikes the reader above all are the extraordinary sentences, sentences of incredible length that go to incredible lengths, their tone switching from solemn to madcap to quizzical to desolate as they go their wayward way; epic sentences that, like a lint roll, pick up all sorts of odd and unexpected things as they accumulate inexorably into paragraphs that are as monumental as they are scabrous and musical.”

Chair of judges Marina Warner said: “László Krasznahorkai is a visionary writer of extraordinary intensity and vocal range who captures the texture of present-day existence in scenes that are terrifying, strange, appallingly comic, and often shatteringly beautiful.

“The Melancholy of Resistance, Satantango and Seiobo There Below are magnificent works of deep imagination and complex passions, in which the human comedy verges painfully on to transcendence.”

What about Susan Sontag, Sebald and others?
Here is praise from fellow authors: “The contemporary Hungarian master of apocalypse who inspires comparison with Gogol and Melville.” – Susan Sontag

“The universality of Krasznahorkai’s vision rivals that of Gogol’s Dead Souls and far surpasses all the lesser concerns of contemporary writing.” – WG Sebald

In his own words
He told the Guardian: “If there are readers who haven’t read my books, I couldn’t recommend anything to read to them; instead, I’d advise them to go out, sit down somewhere, perhaps by the side of a brook, with nothing to do, nothing to think about, just remaining in silence like stones. They will eventually meet someone who has already read my books.

“Letters; then from letters, words; then from these words, some short sentences; then more sentences that are longer, and in the main very long sentences, for the duration of 35 years. Beauty in language. Fun in hell.”

In a Q&A, he said: “I’m not interested to believe in something, but to understand the people who believe.”

Quotes from the novels
“However apparently insignificant the event, whether it be the ring of tobacco ash surrounding the table, the direction from which the wild geese first appeared, or a series of seemingly meaningless human movements, he couldn’t afford to take his eyes off it and must note it all down, since only by doing so could he hope not to vanish one day and fall a silent captive to the infernal arrangement whereby the world decomposes but is at the same time constantly in the process of self-construction.” – Satantango

“Get it into your thick head that jokes are just like life. Things that begin badly, end badly. Everything’s fine in the middle, it’s the end you need to worry about.” – Satantango

“What one ought to capture in beauty is that which is treacherous and irresistible.” – War & War

His own website is very extensive and a brilliant source for all things Krasznahorkai. – © Guardian News & Media 2015