Fifa $10-million – it looks, smells and tastes like a bribe 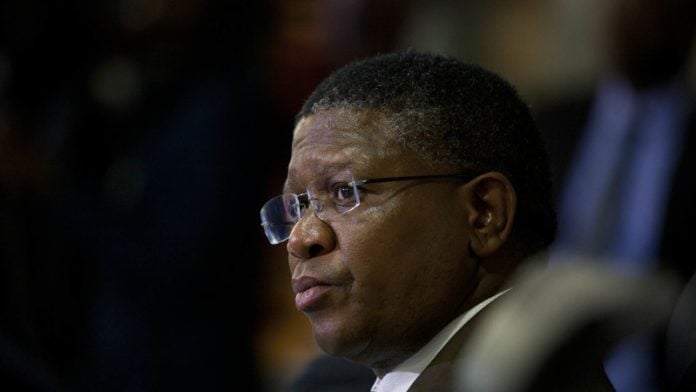 Bribes, Fikile Mbalula told the world last week, are like a ghost. “It’s untouchable; you’ll never find it.” The sport minister’s finding of imperceptibility notwithstanding, he went on to assure audiences everywhere: That $10-million was not a bribe.

Without detailed explanations from those directly involved, most of whom have hidden behind the minister, the stench of bribery is unmistakable. Here is why.

The United States department of justice indictment of Fédération Internationale de Football Association (Fifa) officials and business executives that was unsealed last month details the alleged genesis of the matter.

It claims that, before the May 2004 Fifa executive vote on who should host the 2010 World Cup, Caribbean football boss Jack Warner told a co-conspirator that high-ranking Fifa officials, the South African government and the South African bid committee were prepared to arrange for the government to pay $10-million to the Caribbean Football Union (CFU) to “support the African diaspora”.

The co-conspirator, now known to be Chuck Blazer, then secretary general of the American-Caribbean football association, Concacaf, “understood the offer to be in exchange for the agreement” that he, Warner, and a third Fifa executive “all vote for South Africa, rather than Morocco, to host the 2010 World Cup”. For his vote, Blazer would have received a $1-million cut.

It is now common cause that $10-million was paid to accounts controlled by Warner in 2008. All, with the possible exception of Warner, accept that Warner treated it as his own and he gave Blazer $750 000.

Blazer has pleaded guilty, telling a New York judge: “Beginning in or around 2004 … I and others on the Fifa executive committee agreed to accept bribes in conjunction with the selection of South Africa as the host nation for the 2010 World Cup.”

That Blazer and allegedly Warner perceived the money as a bribe does not mean that any South Africans are culpable. It is their intention that counts – but more on that later.

The timing
Mbalula, and subsequently the South African Football Association (Safa), in its own wordy rebuttal, has latched on to the time that passed between the vote in 2004 and South Africa’s now well-documented requests to Fifa, in late 2007 and early 2008, to transfer the money. How, after all, could someone be bribed in 2008 to vote in a certain way in 2004?

To quote Safa: “It was not possible for the 2010 bid committee to have made or requested payments to be made in 2007-2008, as has been alleged, because it closed shop soon after the awarding of the rights to host the 2010 event in 2004. In other words, the bid committee did not exist at the time the alleged bribes were made.”

This is pure artifice. The US indictment does not claim that the bid committee requested or made the payments in 2007-2008. It alleges that the bid committee agreed to pay the money in 2004, while it was still in existence, before the vote. An agreement to bribe is enough to satisfy the legal definition of bribery.

Safa does not explicitly deny – and neither, apparently, has Mbalula in his many utterances – that the payment was agreed on before the vote.

Weigh that against the explicit allegation in the US indictment, confirmed in Blazer’s guilty plea, of an agreement before the vote.

Intent
That done, it is safe to proceed on the premise that senior South African government and/or bid officials agreed before the vote to pay Warner or the CFU, over which Warner lorded, $10-million to “support the African diaspora”.

But was that meant as a bribe or a genuine contribution to football development? Surely no South African committed bribery if he or she did not intend for it to be pocketed? Mbalula again: “The fact that later they turned gangsters‚ that is not our problem. We were not sniffer dogs to check everybody’s legitimacy.”

At an interpretive stretch, it matters little where the South Africans thought the money would end up. The Prevention and Combating of Corrupt Activities Act (which then-president Thabo Mbeki signed into law weeks before the Fifa vote) defines a “gratification” very broadly.

Arguably, if the South Africans intended to influence Warner’s vote by true development assistance, from which Warner was to gain no more than the patronage opportunity of doling it out back home, it would still constitute bribery.

But simply hoping the money would not be perceived as a bribe and trousered by Warner and company would certainly not have been enough. The Act says that a person “ought reasonably to have known or suspected a fact” if a “reasonably diligent and vigilant” person would have done so, and that knowing a fact includes a belief “that there is a reasonable possibility of the fact”.

What they should have known
The US indictment identifies an unnamed South African bid official as a “co-conspirator”, implying that at least that official had the intent to bribe. But there are other indications that the South Africans knew, or should have known, that the money Warner allegedly wanted was in return for his vote, or his to keep.

Last week a senior government official said Warner had solicited a gratification before the vote. “He was told off but was persistent. He engaged the then minister [of sport] and the government of South Africa was not interested. He was very persistent, according to information at my disposal.”

Fifa president Sepp Blatter then approached the government at a high level to hint at the need to accommodate Warner, the official claimed. He suggested this broke the impasse, presumably leading to the solution of a football development grant to the “African diaspora”.

Blatter and Mbeki have not responded to specific questions.

The official’s allegations are consistent with claims about Warner demanding money from others. Egypt’s former sport minister and the then head of its football association have said that Warner asked that country for $7-million – $1-million a vote – to help it win the right to host the 2010 World Cup.

Warner allegedly told the football association head that the money would go to “the poor clubs and federations in Latin America”, not to him. Egypt declined and got no votes.

Had Warner wanted to solicit a gratification from South Africa as claimed, he certainly had the opportunity. South Africa was acutely aware of the need to get the three votes Concacaf controlled on the Fifa executive and pulled out all stops to lobby Warner, who was its president.

Warner’s attendance at Mbeki’s inauguration three weeks before the Fifa vote, a frail Nelson Mandela being put on a plane with Warner and Blazer shortly afterwards to lobby in the Caribbean, and Warner and Blazer’s meetings with Mandela and Mbeki on the eve of the vote in Zurich – the latter completely privately – are all documented.

What they seem to have known
The above is all hearsay or circumstantial. But now add the strange circumstances of the eventual payment.

The paper trail, leaked piecemeal to amaBhungane and others, starts on September 19 2007 when Fifa general secretary Jérôme Valcke wrote to the South African government, care of the foreign affairs department. The letter referred to the government’s “commitment of $10-million to the legacy programme for the diaspora” as a fact, and to an agreement that the government would transfer it to Fifa.

Without having received a reply, Valcke emailed then deputy finance minister Jabu Moleketi on December 7, wanting to know “when the transfer can be done” and stating: “This is based on discussion between Fifa and the South African government and also between our president and President Mbeki.”

On March 4, three days before the final tranche, the leaked paper trail ends with a letter from Molefi Oliphant, then Safa president. He formally asked Fifa to withhold $10-million from its $423-million budgetary support to the local organising committee and to advance the same amount to the “diaspora” programme, which Oliphant specifically asked be “administered and implemented directly” by Warner.

Valcke and Fifa have denied that Valcke approved the payments on Fifa’s side, saying it was the Fifa finance committee head, who has since died.

Dlamini-Zuma has not replied to questions. Oliphant has been quoted as saying Jordaan drafted the letter he signed. Jordaan has denied bribery but has not responded in detail.

Aspects that suggest guilty minds include:

A matter of authority
Aggravating all this is the apparent bypassing of oversight channels at Safa and the organising committee. Safa formally controlled the committee, which included government, business and labour representatives.

If these assertions are borne out, the single largest donation in Safa’s history was known to, and approved by, only a small inner circle.

In December 2010, five months after the closing ceremony, most of the committee board members were requested to resign and did so. That left a rump committee, controlled by Jordaan and three others, to complete the financial reconciliations with Fifa and have the accounts audited.

Once again, it appears only a small group of people were to be privy to the small matter of why the organising committee and Safa had $10-million less – and Warner $10-million more.

The ghost, Mr Mbalula, went unseen at the time. Now see it, smell it, taste it. – Additional reporting by Sam Sole and Craig McKune