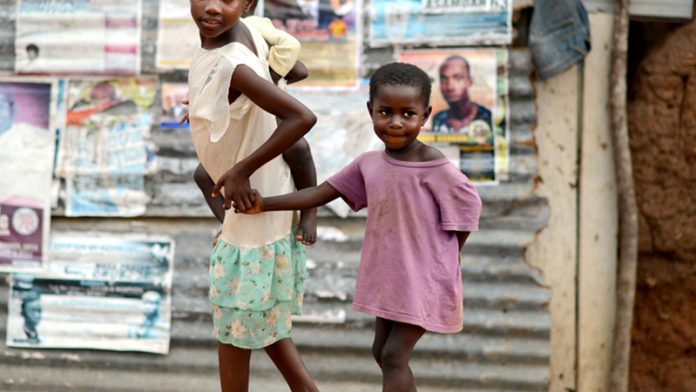 Ghana’s mining industry has been benefiting from child labour in unlicensed mines, Human Rights Watch has said, after conducting field observations in the in the Western, Central and Ashanti Regions.

It is estimated that thousands of children, mostly between the ages of 15 and 17, have been working in perilous conditions pulling ore out of shafts and processing it with toxic mercury violating Ghanaian and international law, it was stated in the 82-page report released on Friday.

With the lack of “due diligence” and many foreign companies buying gold from the country, which is one of the world’s top gold producers, child rights and labour stand poorly regulated.

Ghana’s Children’s Act prohibits mining work for anyone under the age of 18.

However, lax enforcement of the law and a lack of systematic inspections have led to continued child labour within the mining industry.

The hazardous conditions have led to a number of injuries, respiratory problems, pain and one death which occurred after a mine collapsed.

The children also risk brain damage and other life-long disabilities from mercury poisoning.

“Some work may be acceptable for children, but Ghana’s unlicensed gold mines are very dangerous places where no child should work,” said Juliane Kippenberg, senior children rights researcher at HRW.

Most of the children working in the mines attend school, with some working to cover school-related costs.

Many attend school irreguarly and others eventually drop out.

The main issue is that small-scale mines are poorly regulated in Ghana, the rights group said.

The majority of mines operate without mining licenses which are costly and difficult to obtain.

Additionally, the use of mercury, which is especially harmful for children, for artisanal gold mining is allowed according to Ghanaian law.

Many local gold traders have done little to determine whether the purchased product has been produced by child labour, and regularly buy gold from unlicensed mining sites.

Three of Ghana’s largest gold exporting companies said they had at times bought gold that could not be traced back to its origin. Only one said it bought gold exclusively from licensed mines.

The lack of appropriate enforcement and protection by government institutions dealing with child labour has lent itself to continued violations, HRW mentioned.

The group noted that the Ghanaian government should address underlying causes of child labour and undertake fundamental reforms to regulate, professionalise the artisanal and small-scale mining sector.

“Ghana should lead the way in Africa by developing a comprehensive strategy for safe, professional, and child labor-free gold mining,” Kippenberg said. “That way, Ghana’s gold can truly improve the lives of Ghanaian children.” – Al Jazeera