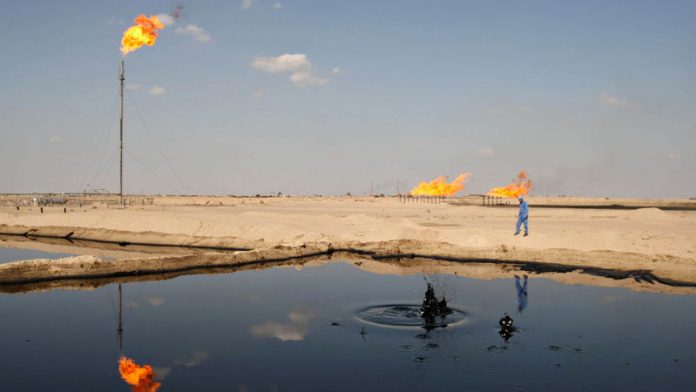 Oil fell after the International Energy Agency said this year’s price rally is under threat, with the biggest members of the Organisation of Petroleum Exporting Countries (Opec) pumping record amounts of crude.

Futures dropped as much as 0.8% in London, reversing an earlier gain of 0.6%. Saudi Arabia, Iraq and the United Arab Emirates each produced record amounts of oil in May, the agency said. The Paris-based adviser to 29 industrialised nations also raised its forecast for global demand growth this year by 0.3 percentage points.

“The fact remains that Opec will produce one million barrels a day in the second half of this year, more than is required,” Ole Hansen, the head of commodity strategy at Copenhagen-based Saxon Bank A/S, said. “The demand growth revision gave oil an initial boost.”

Oil’s recovery from a six-year low has slowed amid speculation that global production will expand as prices rebound, prolonging a surplus. Opec last week decided to maintain its quota as it sought to defend market share against higher-cost producers.

“Barring unforeseen outages, Opec is likely to keep pumping at around 31-million barrels a day during the coming months as Middle East producers sustain higher rates to preserve market share,” the report said.

The energy agency boosted its 2015 estimates for global oil demand by 320 000 barrels a day from last month to 94-million barrels a day. Momentum for demand growth will probably ease somewhat in the second half of this year, partly due to a deterioration in economic prospects for developed countries, it said.

“Today’s report was rather mixed – it still shows that there is excess production,” UBS Group AG’s Giovanni Staunovo said. – © Bloomberg