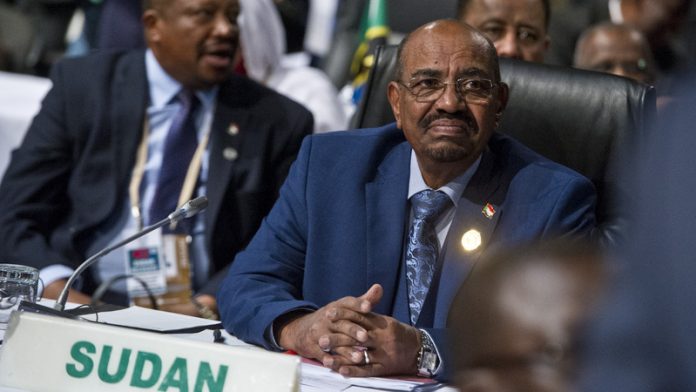 By the time Judge President Dunstan Mlambo ruled the South African government had an obligation to arrest Sudan’s president Omar al-Bashir as per requirements of the Rome Statute, the man wanted for war crimes was probably about to touch down in Khartoum.

And the African Union, which invited him to attend the organisation’s summit that ended on Monday and whose 34 members are signatories to the International Criminal Court’s Rome Statute, do not seem to care.

AU representatives on international law have called the court action — brought by the Southern Africa Litigation Centre — a waste of the body’s time.

“We have seen a lot of AU’s valuable time wasted by this in the last 48 hours,” said director of the Africa Research Centre David Hoile, who called the al-Bashir court case a “watershed moment”.

Hoile is the author of Justice Denied: The Reality of the International Criminal Court, a study that claims the court’s claims to international jurisdiction and judicial independence are institutionally flawed.

Judge Hans Fabricius granted an order on Sunday that the government ensure that al-Bashir stays put until a decision was made on Monday whether he should be arrested.

On Monday, state lawyer William Mokhari told the court said he had been informed by the government they had “reliable information” that al-Bashir had departed the republic. His remarks drew laughter, and was in contrast to initial claims that al-Bashir was still in the country.

It was however clear the AU appeared to be aware that Pretoria was extremely unlikely to drag al-Bashir to The Hague.

“The court that many African states signed up for enthusiastically is not the same court we find today,” Hoile told a media briefing on the last day of the AU summit.

“It spent the last 12 years proving itself to be dysfunctional.”

According to Joseph Chilengi, presiding officer of the economic, cultural and social council (Ecosocc), “[To] withdraw [from the ICC] is the route we’re going after failing with negotiations. We always want to perfect the system. Should we fail, the solution is to withdraw and I think that’s evident if you look at the recent resolutions.”

Ecosocc is the civil society Parliament of the AU.

Africa is on the verge of establishing its own court along the lines of the ICC, that would ensure that human rights abuses and war crimes do not go unpunished, Chilengi said.

The ICC, according to Hoile, has “boiled down to a European court for Africa”. This is the criticism AU has directed at The Hague, amid concern the international court targeted African leaders and ignored atrocities committed by Western countries.

Hoile said the ICC cannot claim to be independent because “the independence of every court depends on its funding. Sixty to seventy percent of ICC funding comes from EU. The big five funders of the ICC are the big five former colonisers.”

The UK, France, Germany, Italy and Spain are the main funders of the ICC, he said.

At the North Gauteng High Court though, Mokhari promised the judges the government would investigate the circumstances around al-Bashir flying back home despite the court order on Sunday.

For the South African government, it is perhaps some sort of a consolation that al-Bashir left before the final court decision and because of that South Africa gets to keep her African friends without becoming the traitor which gave up one of her brothers to the ICC.