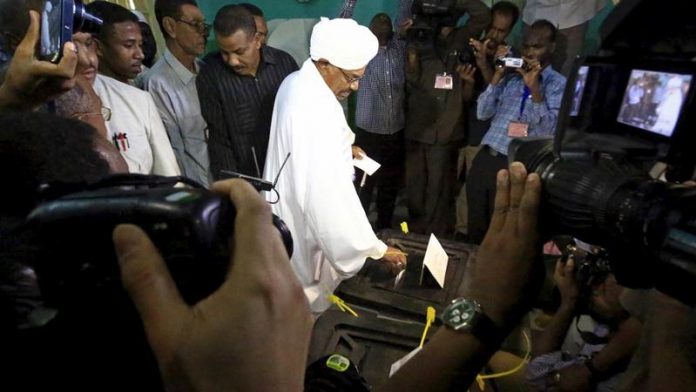 Sudanese President Omar al-Bashir has left South Africa, a Sudan minister said on Monday, defying a Pretoria court order for him to remain in the country until it ruled on an application for his arrest. Bashir, who was attending an African Union summit in South Africa, has been indicted by the International Criminal Court (ICC) over war crimes and crimes against humanity.

The Pretoria High Court was in session on Monday to decide on a petition by the Southern African Litigation Centre, a rights group that wanted to force the South African government to arrest Bashir and hand him over to the ICC.

South Africa is an ICC signatory and therefore obliged to implement arrest warrants, but the African National Congress on Sunday accused the Hague-based court of being biased against Africans and said it was “no longer useful”.

Pretoria’s furious response and its decision to allow Bashir to leave is affirmation of its shifting diplomatic priorities with Africa’s interests trumping those of the West.

Judge Hans Fabricius on Sunday barred Bashir from leaving South Africa until he had made a decision on the application and had asked the government to inform all ports of exit not to allow the veteran Sudanese leader to leave.

However, Sudan’s state minister Yasser Youssef told Reuters Bashir had left South Africa and was due to land in the Sudanese capital Khartoum at around 3:3pm GMT.

Jacob Zuma’s government had given immunity to Bashir and all other delegates attending the AU summit.

The ICC issued arrest warrants for Bashir in 2009 and 2010, accusing him of masterminding genocide and other atrocities in his campaign to crush a revolt in the Darfur region. He has long rejected the court’s authority.

The conflict in Darfur has killed as many as 300 000 people and displaced two million, the United Nations says.

The ICC, the US Department and the UN have criticised Pretoria for rolling out the red carpet for Bashir.

“The International Criminal Court’s warrant for the arrest of President al-Bashir on charges of crimes against humanity and war crimes is a matter I take extremely seriously,” UN Secretary General Ban Ki-moon told reporters in Geneva.

“The authority of the ICC must be respected and its decision implemented,” Ban added. – Reuters