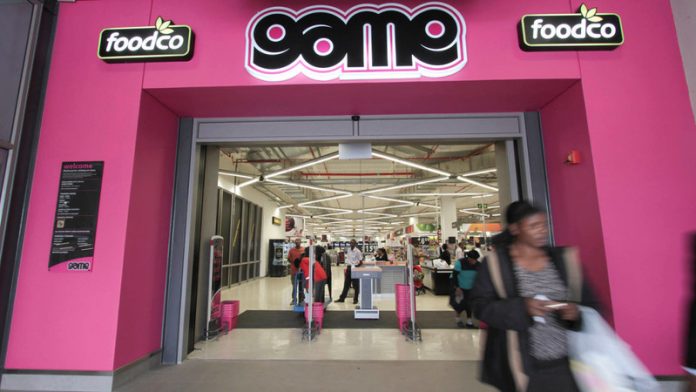 The property industry has welcomed details published by the Competition Commission about an intended wide-reaching probe into the grocery retail sector.

“The problem is that there are features which potentially prevent or distort competition,” said Neil Gopal, chief executive of the South African Property Owners Association (Sapoa).

The terms of reference delineating the grocery retail sector market inquiry, published on June 12, would give form to something that could “provide a holistic remedy” to an ailing sector.

“As an industry body, Sapoa has identified a problem in the industry,” Gopal told the Mail & Guardian.

The industry body is one of several complainants that approached the commission in previous years to challenge the fairness of exclusivity clauses in lease agreements between mall owners and supermarket chains such as Pick n Pay, Shoprite and Spar.

These agreements, commonly entered into between mall owners and supermarket heavyweights, restrict landlords from leasing out space in the same shopping centre to potentially competing retailers.

In its terms of reference, the commission argues the exclusivity clauses in these agreements “may be causing distortions in the grocery retail sector”.

“These restrictions tend to mostly affect small and independent retailers who may or may not be in a position to attract customers if located outside the shopping centre or mall,” notes the commission.

According to Gopal, the exclusivity clauses also hurt the property ownership industry’s progress.

“We believe they hinder businesses because they limit choices for the consumer,” he said. The inquiry would hopefully mean that smaller retailers would be given “a fair opportunity”.

Need for clauses
Whitey Basson, chief executive of Shoprite, Africa’s largest supermarket group, defends the need for the clauses. These help ensure stores such as his get a sufficient amount of foot traffic, especially in smaller malls.

“There’s a reason for that exclusivity – otherwise we won’t go into some of the shopping centres with developers and the centres won’t take off,” he told Bloomberg in December. “Somebody has to take the risk.”

Massmart, which in October raised a complaint with the commission about the clauses, thinks differently. The Walmart-owned company told the M&G these aspects of the lease agreements were “intuitively anti-competitive”. Massmart went a step further and “referred its complaint against the entrenched grocery retailers to the Competition Tribunal”, said a company spokesperson. “We regard this as an action supplementary to the retail market enquiry that was announced by the minister of economic development and that will be undertaken by the Competition Commission.

“Massmart is committed to collaborating closely with the Competition Commission in its industry inquiry whilst simultaneously asserting our rights in the forum provided by the Competition Tribunal as the result of this referral.”

The company has been defending legal action taken by supermarket rivals since introducing fresh produce to its Game stores, which traditionally stock nonconsumable household goods and electronics. It has had to cordon off the fresh produce section of their shops and has been temporarily prohibited from opening up in new locations because of legal wranglings with its rivals.

“Food sales growth, general merchandise sales growth and sales-density growth have all been higher on average in stores in which Game introduced fresh food compared with stores [without] … the offering,” the company said in a statement.

Massmart’s 2014 financial statements highlight the group’s intention to make inroads into this part of the sector by pricing their food competitively. By December, Game had added fresh produce to about 50 of its 110 retail outlets, with plans to expand the offering to most of the others.

Analysts note that the exclusivity clauses need to be addressed for this growth to take place.

But, says the commission, the advancement of a retail group such as Massmart could come at the expense of their smaller counterparts. The effect of the “expansion, diversification and consolidation of national supermarket chains on small and independent retailers” is another one of the main points the market inquiry will investigate.

Market share
The four largest supermarket chains account for more than 90% of the market, the commission notes.

On the one hand, these groups are growing, thanks to mergers, acquisitions and “greenfields development of the national chains”.

On the other hand, a shift in consumer spending power is increasingly attracting these chains into townships, peri-urban and rural areas, domains traditionally served by small and informal shops.

This movement “has affected small, informal and independent retailers in a number of ways”, says the commission. It cites a study by the Bureau of Market Research in Soshunguve, a township north of Pretoria. The study found that 75% of informal businesses located less than 1km from a new shopping centre reported a decline in their profits, while only 37% of those located between 4km and 5km away from the new centre saw a decline. As a result, entrepreneurs are being forced to close up shop.

Other major points that will be investigated include:

The focus on foreign-owned retailers and bylaws reflects topical social issues manifest across the country. The first point above refers to tension between local and foreign shop owners that boils over at intervals and the second to attempts by city managements, most recently Johannesburg, to “clean up” the streets by passing bylaws with the intention of displacing informal street vendors.

“Given the importance of the informal sector, it is important to make a deliberate effort to understand the dynamics of competition [therein],” says the commission.

Members of the public have until July 3 to submit comments on the proposed terms of the investigation.