US meat imports not quite a done deal 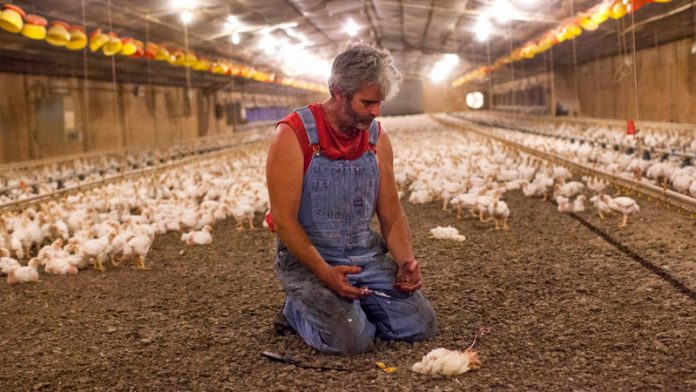 A deal may have been struck on chicken imports, but South Africa is not out of the African Growth and Opportunities Act soup just yet.

The United States expects South Africa to make concessions in the next few weeks on animal health regulations for poultry, beef and pork before trade can resume – a matter the two nations have been butting heads on for years.

To be included in the Act for another 10 years, South Africa this month compromised on bone-in chicken imports from the US. It will now allow up to 65 000 tonnes into the country each year, effectively free of anti-dumping duties. This type of US chicken can sometimes be sold in South Africa at a lower price than that local producers can charge.

The US market mostly consumes white, boneless portions of chicken, resulting in a surplus of bone-in meat that American farmers are keen to export. The 65 000 tonnes represents less than 4% of South Africa’s 1.8-million tonnes it consumes each year.

But the concessions on chicken imports are not the only terms of the deal. The US wants South Africa to agree on a set of sanitary issues. If these are not agreed to, it would appear that South Africa’s inclusion in the Act, up for review 30 days after it is signed into law, could be in jeopardy. A senior US embassy official this week said South Africa needed to finalise the health certificate for beef, chicken and pork for trade to resume.

South Africa’s inclusion in the renewed agreement means many of its export products will continue to enjoy preferential access into the US market, a deal that is especially important for automotive manufacturers whose US exports totalled almost R12-billion in 2014.

Porcine syndrome
Mooketsa Ramasodi, the chief director of inspection services for the department of agriculture, forestry and fisheries (DAFF), said the US import products under discussion included pork and pork products in which diseases have not been “inactivated”.

One problem is a virus, first called mystery swine disease but now known as porcine reproductive and respiratory syndrome (PRRS). The syndrome, which can be carried, for instance, by mud on workers’ boots, attacks the respiratory and reproductive systems of pigs.

South Africa is one of the few countries that does not have this “economically significant” virus. It has been present in the US and Europe since the 1980s.

The South African Pork Producers’ Organisation, in an article by its health committee published on its website last year, estimated an outbreak would cost R750 to R1 000 per breeding female a year, amounting to millions in losses. Vaccinations have largely proved unreliable.

A US department of agriculture foreign agricultural service report from last April said South Africa was one of few nations that restricted the import of its pork products.

It estimated that US industries were losing out on annual trade to South Africa worth about US$175-million – just over half the value of US agricultural exports to South Africa at the time.

‘Intractable’ position
The department’s report said, while it is expected that technical sanitary discussions would resolve some issues relating to beef and poultry, South Africa remained resistant to taking action on pork. It noted that “DAFF’s position on pork appears nearly intractable”.

On June 1 2013, South Africa implemented new restrictions on the import of certain cuts of pork that affected US imports, among other countries.

According to the US department of agriculture report, whether porcine syndrome is a legitimate reason to prohibit trade is not scientifically proven and the World Organisation for Animal Health (OIE) has not produced trade guidelines.

Member countries of the OIE are subject to rules relating to international trade of animals and animal products.

Ramasodi said most countries had made efforts to comply with the PRRS regulation, but “the USA only sent a list of products they wish for us to consider safe in February, and only a few of those products were considered safe”.

Free of disease
Pigs in South Africa are also free of Aujezkey’s disease and Trichinella. Aujezkey’s is a virus and Trichinella is a parasite. Both are zoonotic, which means they are diseases that can transmit to, and affect, people.

“On Aujezkey’s we agreed to exclude the products that pose the risk,” Ramasodi said.

“On Trichinella, there is no agreement with the US [until it provides] proof that the USA is free of the disease, or that the Pork Quality Assurance Plus programme is under official supervision – and it is the belief of South Africa that, in order for the risk to be mitigated, the meat has to be frozen.”

Issues regarding the import of chicken and pork that does not pass SA’s current standards must be resolved soon. (Scott Olson, AFP)

The US has also asked South Africa to lift its ban on US beef imports. The block was put in place when bovine spongiform encephalopathy (better known as mad cow disease) was detected in an animal in Washington in 2003.

In November 2013, the US department of agriculture formally requested that discussions for market access for the entire range of US beef and products to South Africa be restarted, given that its mad cow disease risk classification was changed to negligible in May that year.

“Prior to the BSE [mad cow disease] detection, the US supplied up to half of the pet food market in South Africa. Under current restrictions, the US only supplies 6% of a $50-million local pet food market,” the US department of agriculture report said.

John Purchase, chief executive of South Africa’s Agricultural Business Chamber, said nontariff barriers, such as sanitary regulations, were often a greater barrier to trade than tariffs. “People are looking to use that as barriers to entry and South Africa is a part of that.”

He did not think South Africa would simply give in on its sanitary requirements.

“Sanitary and phytosanitary regulation is part of the normal course of these types of discussion,” she said. “Our vets have good discussions between them. I see the process of the sanitary issue moving forward as per normal. I think DAFF and USDA [department of agriculture] vets are committed to working together.

“Whatever is agreed, it would need to comply with OIE [rules],” she added.

Ramasodi said live poultry and poultry meat that has not been processed to inactivate avian influenza remained under discussion.

“Where SPS [sanitary and phytosanitary issues] is concerned, and when protecting human and animal life, there are no compromises unless the risk has been assessed to be negligible,” Ramasodi said.

In response to questions this week, a senior US embassy official said specific steps had been identified during discussions in Paris to resolve the remaining issues required to finalise health certificates for beef, chicken and pork. The official said the sanitary concerns about US market access have drawn significant interest from the US administration and Congress, and “South Africa should take the steps needed to finalise these certificates to allow trade to resume”.

The official also said the embassy had provided substantial information and assurances of “our sanitary measures and food safety procedures to our counterparts in the department of agriculture, forestry and fisheries and we look forward to concluding these discussions in the next two weeks”.

Purchase said the compromise on bone-in chicken imports was a fair result for now but added that the agricultural business chamber intended to “push hard” to initiate a bilateral trade agreement with the US. With such an agreement in place, “we can go into a situation where we no longer have a sword perpetually hanging over our heads, so we are not subject to strong-arm tactics,” Purchase said.

The embassy official said discussions on new South African exports to the US for agricultural commodities, such as citrus and avocados, which could be worth $175-million, were under way.

Speaking to Parliament on Wednesday, Trade and Industry Minister Rob Davies said agriculture officials would participate in a conference on sanitary and phytosanitary issues on poultry that would be held in Baltimore, US, on June 23. A stocktaking exercise on these issues would take place at the end of June.