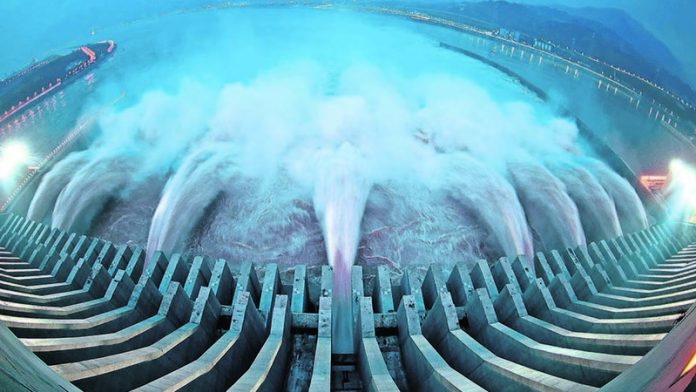 It has been a significant fortnight for the African Union, as it signed a potentially historic trade deal, while simultaneously setting its sights on the next frontier in its mission to deliver on continental growth.

Three of its Regional Economic Communities (RECs) last week signed the much-awaited common market “super bloc” that stretches from Cape Town to Cairo, covering 26 nations and a worth of $1-trillion — nearly 60% of the continent’s GDP.

While there remains much to be done and it would be naive to assume that it will all be smooth sailing, the delivery of a deal that has been five years in negotiation and decades in the making was a key moment in the life of the retooled 54-member bloc.

The immediate history of the deal can be traced to the Abuja Treaty of 1991, which committed the continent to a path of economic integration and collective development and reinvigorated the RECs, but one can also feasibly trace its origins back to the 1970s, when an Africa disgruntled with its lowly place at the international dinner table began looking inwards for its own solutions.

The 1976 Kinshasa Declaration, building on talks in Addis Ababa three years earlier, resolved to deliver a common market in 20 years; while later initiatives such as the Lagos Plan of Action sought to add further impetus to this.

The realisation that the ground underfoot was shifting rapidly as phenomenona such as globalisation came to the fore led to the rebooted AU, succeeding the well-intentioned but severely hamstrung Organisation of African Unity.

Surprisingly, for all the criticism directed at the AU, its regional integration effort remains on track, some would even argue ahead of schedule. The Abuja Treaty, for example, envisioned a Free Trade Area within 23 years of its assumption in 1994.

As African leaders took stock at the summit this week in Johannesburg, they would have had much to be positive about, while planning the expansion of the Tripartite Free Trade Area (TFTA) — already the world’s largest such zone — into a continental one, essentially doubling the deal.

The dominant position by speakers was that now is the time for Africa to be more united, take charge of its destiny and stop blaming outsiders for the challenges it battles on a daily basis.

Africa’s political leaders and experts said the most feasible way to accelerate the growth pace (already the fastest in the world) and make it inclusive was to invest significantly in infrastructure, add value to its products and increase trade within member states.

Investment in trade-related infrastructure such as energy, rail, air and information and communication technology (ICT) would enhance the continent’s fight against its admittedly myriad challenges, he said.

Mugabe, who is also the chair of the SADC regional bloc, a signatory to the TFTA, argued against the exportation of raw material to the developed world, saying that such actions were retrogressive to development.

“By exporting raw material to the world we will be exporting jobs to Europe,” said Mugabe.

AU Commission chair Nkosazana Dlamini-Zuma pushed for skills development and value-addition of products amassed from the continent’s vast natural resources and eventual industrialisation, providing the jobs and conditions that would keep the region’s migrants home.

“Indeed, if we educate and skill our people, with an emphasis on science, engineering, technology, maths resource and innovation, including technical and vocational skills, our people will stop undertaking the perilous journeys across the Sahel and the Mediterranean sea,” said Dlamini-Zuma.

“They will develop our blue economy and build our infrastructure, connecting our capitals and commercial centres through ICT, and through highways, rail, aviation and oceanic and waterways. They will ensure that this is done through the most modern technology, including the pan-African high-speed rail network.”

For all its riches, the continent has a meagre 3% share of global trade — which has actually fallen from 8% in 1948 — trades only 12% with itself compared to 30% for Asia and 60% for Europe, mainly trades in volatile commodities and accounts for less than 5% of global energy, despite having a fifth of global population.

“We have [a] severe shortage of electricity supply in many African countries, and we have abundance of energy resources from the sun, wind, water and other renewable sources, yet we are being hindered by lack of infrastructure,” she told Mail & Guardian Africa at the summit.

Ibrahim said air transport should no longer be seen as a luxurious mode of transport, but a quick solution to enable business to flow at a faster pace.

“As I speak to you, only 11 African countries have signed the Single Sky Transport Treaty, which is expected to generate a gross annual turnover of $1.3-billion (about R15-billion) when implemented.

“From the same single sky transport agreement, those 11 African Union member states would create 155 000 jobs as a result of free air skies,” she said.

Ibrahim also cited the lack of energy as the continent’s single biggest economic challenge. She said the Inga Dam project in the Democratic Republic of Congo, when fully implemented, could generate more than 43 000MW of electricity and transform the continent. Grand Inga will be twice as big as China’s Three Gorges Dam, currently the world’s largest power station in terms of installed capacity.

Among other key infrastructural developments on the continent’s agenda are railway links from Cape-to-Cairo, waterways, and major road corridors.

The 25th Ordinary Summit was held under the theme “Year of Women Empowerment and Development towards Africa’s Agenda 2063” at the Sandton International Convention Centre in South Africa’s commercial capital.

Host President Jacob Zuma said African leaders under the aegis of the bloc were confident about tackling the challenges head on. “We have the commitment to address challenges on our terms. To succeed we must harness all our potential, and no country will achieve prosperity on its own.

“We have one future … that is why we are investing so much time and money in the infrastructure programme and regional integration, because we want to achieve sustainable growth and development,” said Zuma.

The role of the New Partnership for Africa’s Development, the AU’s development think-tank, was widely praised at the summit for its key role in project conceptualisation and implementation, with efforts such as the Trans-Saharan gas pipeline and the Trans-Sahara highway highlighted.

The agency said it had delivered on over 300 projects in the first six months of this year alone.

With the continent needing an estimated $100-billion to meet its infrastructure needs, the AU continues to have its work cut out, but looking at the ground it has covered thus far, there is also cause for cautious optimism.