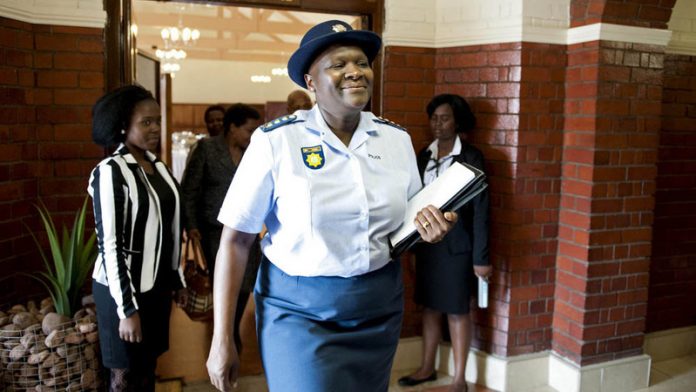 National police commissioner Riah Phiyega should not be implicated for her role in the Farlam Commission’s report on the Marikana massacre, but the commander in charge of the police unit on the ground at the time should take responsibility, Police and Prisons Civil Rights Union (Popcru) president Zizamele Cebekhulu told the M&G on Sunday.

“I don’t think she will be implicated ever. How could you commit a crime in absentia? I don’t think there are people in their correct frame of mind who could think she will be implicated…” he told the newspaper in an interview at the union’s press briefing in Johannesburg. The union was reporting back about resolutions it reached at its eighth national congress earlier this week.

Cebekhulu said because Phiyega was not in Marikana giving orders to police officers, she could not be implicated in the massacre.

“If members of Popcru could do something in the Western Cape as we speak now, whoever implicates me, you are going to be my witness that I was busy with you,” he said.

His comments come in the wake of media reports claiming the union would protect police officers if they were forced to face prosecution for their role in the Marikana massacre, which saw 34 miners shot dead by police in 2012. The report by the Farlam Commission is expected to be released at the end of this month.

“She has to take responsibility for police services and she must tell society that according to the information she got, this is what happened but she shouldn’t personally be implicated,” Cebekhulu said.

“The commander who was in charge must take responsibility and must account.”

Civil society and opposition parties called for her resignation following the massacre, but Cebekhulu said civil society must “educate people and take things as they have happened … we must focus on the real Marikana issue itself”.

‘She was in Pretoria’
He told the press briefing that he “understands that our members are involved … everybody is worried about what led to that situation to erupt and we want to find out what Judge [Ian] Farlam is saying and as soon as we get the report we will say something about it”.

“In Marikana there were members of a particular unit under a commander who was involved … I don’t see how any one sitting in an office in Pretoria could be implicated.”

“We are not happy that the support structures or infrastructure have not yet been increased while … police are developing in terms of human capital. On the face value it’s obvious that nothing has been done [about the] issue of killing of police and them killing themselves. It’s obvious that there has been no increase in terms of support structure.”

He said better training would assist in better crowd management.

“… When there is a march, our reaction must be within the confines of the principles of human rights. Once you know that then it is easy to know what resources to use. The underpinning principle must be observation of the human right whenever you approach a gathering.”