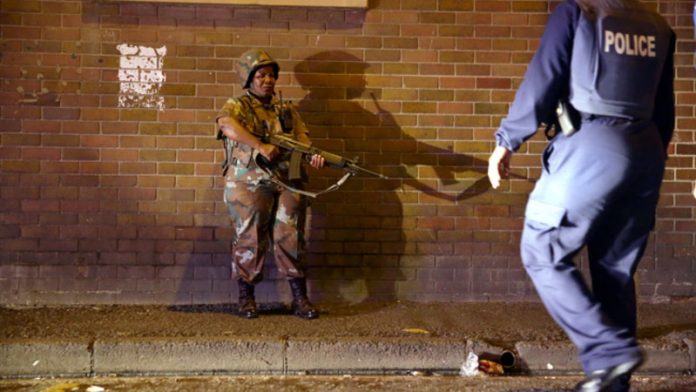 A police crackdown on foreigners — initially framed as a response to xenophobia — was violating both the law and constitutional rights, Laywers for Human Rights (LHR) told the high court in Pretoria on Tuesday.

LHR, which has a strong focus on the rights of migrants, is challenging the way in which Operation Fiela is being conducted.

Since April more than 12 000 people have been arrested under the auspices of Fiela. Some have since been deported from South Africa, and at least some of those deportations were in violation of due process and court orders, according to LHR.

The non-governmental organisation is seeking an urgent order to halt Operation Fiela  on the basis that the crackdown has seen the government fail to honour its obligations under the Constitution.

The application by LHR is before the same court that heard fellow NGO the Southern African Litigation Centre’s (SALC) successful application on the arrest of Sudanese President Omar al-Bashir last week. In the wake of that application some in the ANC called for an investigation into NGOs that take government to court, with the implication that such NGOs are influenced by foreign funders to embarrass the government and shift policy.

LHR argues that the common mechanism of Operation Fiela — barging into private residences late at night to conduct searches and check for undocumented immigrants without the benefit of a warrant — is a clear breach on constitutional limits on policing.

“LHR is gravely concerned that operations that are conducted in violation of Section 14 of the Constitution that guarantees the right to privacy and not to have one’s home searched unless it is authorised and done in accordance with governing legislation,” the group said this week.

“This action may only be conducted with the authorisation of a warrant and only on reasonable grounds. This is fundamental to our constitutional dispensation, the right to dignity and the rule of law.”

Section 14 of the constitutional Bill of Rights provides protection against the search of a home or person, and like other rights applies to everyone in South Africa, regardless of citizenship or immigration status.

Operation Fiela was originally initiated as a response to xenophobic attacks that saw foreigners assaulted and murdered, but has since been recast as a sweep to combat illegal guns, the drug trade, prostitution and other crimes.

Use of the army

The operation has made widespread use of soldiers in Johannesburg, Cape Town and KwaZulu-Natal. Last week Parliament’s joint standing committee on defence belatedly adopted a letter by President Jacob Zuma on the deployment of soldiers within the borders of the country, a pre-requisite for any such domestic deployment. The operation had been “necessitated by the spreading incidents of violence targeted at foreign nationals”, the committee said in a statement.

Last weekend Zuma told an African Union meeting that Operation Fiela was “focusing on drug and human trafficking, the hijacking, illegal firearms and other serious crimes”.

“Rumours that Fiela is an anti-foreign national campaign are not true. We are fighting crime to protect all in our country, citizens and nationals of other countries,” Zuma said at the time.

In May Zuma told Parliament that Fiela was “aimed at ensuring that no area in the country remains in the control of crime syndicates and drug dealers”.

In terms of the Zuma letter adopted by Parliament the authorisation for military deployment for Fiela expires next Tuesday, June 30.

Update: The high court in Pretoria rejected the application on the basis that it is not urgent.

The numbers behind Operation Fiela