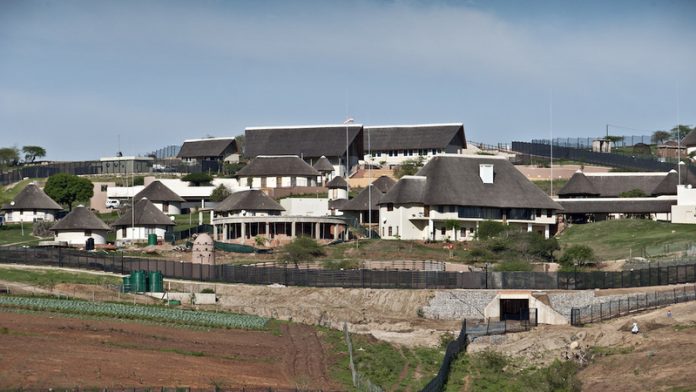 Opposition parties in Parliament have again asked the Nkandla ad hoc committee to include the public protector’s report on President Jacob Zuma’s home in their programme, and not only focus on Police Minister Nkosinathi Nhleko’s version.

At a meeting to draft the committee’s programme, which will include a visit to Nkandla on July 22, the Democratic Alliance, United Democratic Movement (UDM), African Christian Democratic Party (ACDP) and the Freedom Front Plus (FF+) said they objected to the fact that only the police minister will present his report to them.

DA MP James Selfe said the parties had problems with the status of the police minister’s report on Nkandla, “since we believe it is not lawful for one to substitute a recommendation and a remedial action that is ordered by the public protector with another process”.

Cringeworthy reporting
In a submission tabled to the committee asking it to reject Nhleko’s report, Selfe compared the police minister’s findings with those of the public protector.

“Apart from some cringeworthy assertions about the origins and use of amphitheatres in history, the police minister’s report fails to deal with the public protector’s finding, and is thus, at its kindest, irrational. What the police minister’s report does is seek to rationalise the excessive and nonsecurity upgrades by inventing ex post facto justifications for them.

“The police minister’s report selectively and conveniently confines itself [inadequately and imperfectly] entirely to the matters identified specifically in the public protector’s as needing to be paid in full or in part by the president. But the public protector did not say that these were the only aspects of the upgrades for which the president was wholly or partly responsible,” the submission reads.

According to Nhleko’s report, the R216-million upgrades to the president’s homestead were all necessary security features. Public protector Thuli Madonsela’s report recommended that Zuma pay back a portion of the money because certain upgrades, including a swimming pool and chicken run, were not security related.

Reinventing wheels
ACDP MP Steve Swart said they shared the DA’s concerns. “We would request that all the reports be again tabled. We need to have a discussion as to which reports should be included. The other reports, including the public protector’s report, need to be considered.”

When ANC MP Mmamoloko Kubayi said the committee should not reinvent the wheel by going back to reports that were dealt with in the last Nkandla ad hoc committee, UDM MP Nqabayomzi Kwankwa said they were not trying to do so. “The issue of contention, even during the last committee, centred on the fact that even those people involved in the last reports were not called to appear. So we are not reinventing the wheel by asking them to be part and parcel of this process.”

FF+ MP Corné Mulder agreed, saying, “The problem was we didn’t have any wheels the last time around. That’s exactly the problem. We ask for the minister to come and present his report, but that was exactly what we requested the last time and it was not allowed. We have a problem with the legitimacy of the report in terms of the constitutional questions raised.”

What we want: Ramaphosa to cough up a hairball, racists in hair shirts and consumer boycotts that don’t turn hairy
Read more
Politics

Despite growing disgruntlement and a string of high-profile resignations, often by black members, DA rank and file don’t appear to be jumping ship
Read more
Advertising
Continue to the category
Politics