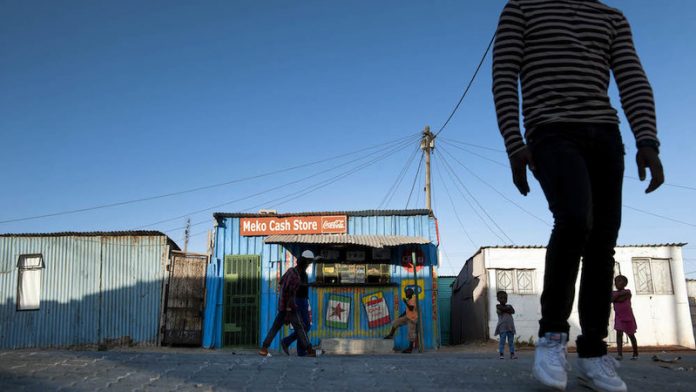 As a tool used in the heyday of apartheid, die swart gevaar, or the “black danger”, was enormously effective. The term was born out of a carefully constructed, false National Party ideology that aimed to firmly position and militarise white minds against the black population.

The imprint of this ideology was so successful that in many ways it continues to dominate South African life. Most recently, we have seen it manifest itself as the “threat of the African foreigner”.

The perception that there has been a massive influx of African foreigners into South Africa who are “stealing our jobs” has become the most common refrain used to justify the horrific attacks we have seen inflicted against African migrants.

There is no evidence to suggest that foreigners dominate either the formal or informal employment sectors. The Gauteng City-Region Observatory (GCRO), a research institution charged with building a knowledge base for the government and others, this year released data on informal sector enterprise and employment in Gauteng.

The brief revealed that, “of those who operated an informal business [in Gauteng], 82% had been born in Gauteng or migrated to the province from elsewhere in South Africa”.

As few as 18% of informal business owners in Gauteng are foreign-born – a number that should be considered generous, given that Gauteng has the highest proportion of foreign workers in South Africa.

Commenting on the data brief, author Dr Sally Peberdy stated that less than two out of 10 people who owned a business in the informal sector in Johannesburg were foreign nationals. Nationally, the numbers are even lower. In a 2014 study, the Migrating for Work Consortium found that only 4% of the working population could be classified as foreign.

Although those migrants were more likely to be employed than South Africans, they were mostly employed in the informal sector, in precarious circumstances, without the benefits attached to formal employment, such as access to labour protection.

Seen through a governmental policy that is slow to acknowledge the rights of refugees and asylum seekers to work and trade in South Africa, and which works to prevent these rights from being realised, there is little that gives this new incarnation of the swart gevaar and its corresponding myths any credence.

Despite being entitled to live and work in South Africa under our refugee laws, refugees and asylum seekers are routinely discriminated against in their attempts to enter into and trade in the informal sector.

Refugees and asylum seekers endure the barrier of being unable to obtain business licences and are sent from pillar to post in attempts to secure documentation for the purposes of running a small business, which is often later found to be unnecessary. The few who are able to obtain licences often find themselves the victims of unlawful shop closures by the police.

In this context, Lawyers for Human Rights has seen an alarming number of police operations aimed at closing down migrant-owned businesses. There is little regard for the rights of asylum seekers and refugees to work, to be self-employed and to trade.

Lawyers for Human Rights recently represented hundreds of refugees and asylum seekers whose businesses were unlawfully closed down in the province of Limpopo. The matter reached the Supreme Court of Appeal, which tellingly stated that “one is left with the uneasy feeling that the stance adopted by the authorities in relation to the licensing of spaza shops and tuckshops was in order to induce foreign nationals who were destitute to leave our shores”.

Despite clear legislation and the appeal court ruling that foreigners are allowed to work, they still struggle to obtain business licences, and foreign-owned shops continue to be unlawfully closed down.

We have to work actively to dispel the damaging myths that breed xenophobia and the idea of the “dangerous” African foreigner. If the justification for xenophobic violence remains centred on the idea that African foreigners are “stealing our jobs”, and with the knowledge that these perceptions remain embedded in our psyche, our social discourse and our realities for generations, we need to banish these myths, for it will literally save lives.

Anjuli Maistry is an attorney with the Refugee and Migrant Rights Programme at Lawyers for Human Rights. This is one of four pieces dispelling myths about migrants; see them at mg.co.za/migrantmyths

Rural retreat: Allowing people to return home during lockdown could turn a tide

Why South Africa should consider amnesty for undocumented migrants in the time of the coronavirus outbreak.
Read more
World

It is unwise to entrust our fingerprints, biographical details and legislative authority to a syndicate of delinquent government officials
Read more
Advertising
Continue to the category
Coronavirus