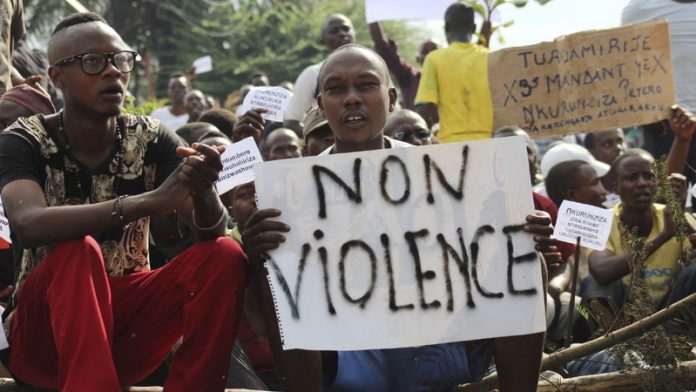 Parliamentary elections on June 29 come ahead of a presidential vote on July 15, when President Pierre Nkurunziza is due to make a controversial bid for a third consecutive five-year term. Here are key facts about the vote.

100 seats
Some 4.8-million registered voters out of a population of 10-million are due to cast ballots for 100 lawmakers. More than 2 200 candidates, representing 16 parties, coalitions or independent candidates are in the race for a seat. Lawmakers are elected for five years but can take up seats only if their parties receive more than two percent of the national vote.

Ethnic balance
Under the constitution, based on peace deals that paved the way for the end of a 13-year civil war in 2006, there are strict ethnic quotas in Parliament.

Parliament must be made up of 60% from the majority Hutu people – who make up some 85% of the population – with the remaining 40% of elected seats reserved for the minority Tutsi. At least 30% of seats must also be held by women.

Three extra seats on top of the 100 voted for are reserved for the Twa ethnic group, which make up some one percent of the population. Extra seats may by handed to female MPs or ethnic groups if the thresholds required are not met in direct elections.

Parties and leaders
CNDD-FDD: the ruling party of President Nkurunziza is an ex-rebel Hutu group, whose youth wing is the Imbonerakure, a fearsome group whose name means “The Watchmen” or, literally, “Those Who See Far”. The Imbonerakure are accused of being a militia force by the UN, carrying out a string of attacks.

UPRONA: the Union for National Progress, the main Tutsi party, and close to the CNDD-FDD.

FNL: the National Liberation Forces, another Hutu former rebel group, once a CNDD-FDD rival during the civil war, but now allies.

Democratic Alliance for Change (ADC-Ikibiri): a coalition of a dozen opposition parties, dominated by the mainly Hutu party FRODEBU.

Disputed process
The opposition has threatened to boycott elections, as it did in 2010, if it believes polls are not free and fair, conditions it says so far have not been met.

Western countries and the African Union have given up on sending election observers, while the influential Catholic Church has pulled its priests from election commissions.

Opposition groups have also criticised the national election commission – two of its five members quit saying they had been pressured to validate polls at all costs. The two members have been replaced – illegally, the opposition claims.

Chaotic financing
Polls were meant to be funded by both government and international donors but after street violence the foreign funding was cut. The government has filled the gap by borrowing some 28-million dollars. – AFP