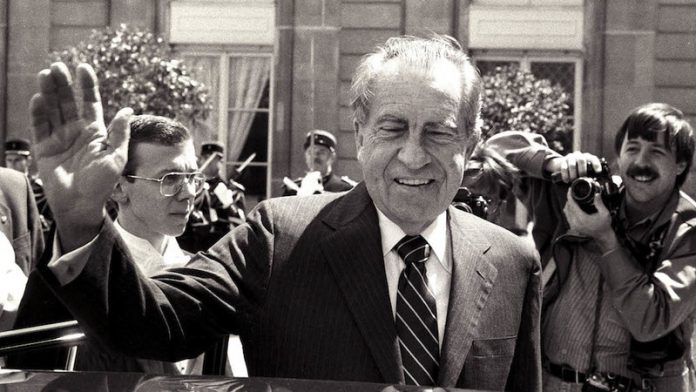 Central to the constitutional scheme South Africa adopted in 1996 are the values of transparency and accountability. Ruling parties tend to adhere to these principles when constrained by legal institutions or the possibility of voter rejection.

But South Africa’s ruling party has little concern that it is likely to be voted out of office in the near future, which leaves only the constraining force of institutions set up in terms of our Constitution.

It is surely clear to most South Africans that, save for the judiciary and the public protector, our constitutional design is failing to promote these core values. Three recent events highlight the problem.

Minister of Police Nathi Nhleko presented his Lewis Carroll report seeking to justify why President Jacob Zuma should not have to pay for improvements to his Nkandla home and, moreover, that he was shortchanged – in that more money is required to provide him with a secure home.

When South Africans saw and heard the Nhleko report, they knew that, but for litigation, no principle of accountability for the use of scarce public resources would be enforced.

It is certain that the ANC will employ its majority in Parliament to approve Nhleko’s work of fiction, and hence Zuma will derive the full benefit of R246-million and more as a free fringe benefit.

In legal theory, the doctrine of separation of powers should ensure that Parliament insists on a proper process of accounting and accountability. After all, it is entrusted with keeping the executive accountable to the people, no matter that the executive is drawn from the very party that holds a majority in Parliament.

With all its flaws, the United States system does work in that fashion. By contrast with the US, however, it is inconceivable that the ANC caucus in Parliament would do what the Republicans did to Richard Nixon when they supported his impeachment. Yes, the ANC removed Thabo Mbeki from power, but that was the product of internecine warfare in the party rather than a result of conduct evaluated by Parliament.

The failure to exercise meaningful oversight of the executive is, in significant part, attributable to a flaw in our constitutional design.

The president is elected like a prime minister in the Westminster model, by way of a majority of the legislature. He or she fights no independent election. In addition, MPs are elected by way of lists controlled by the party bosses who, in turn, are beholden to the president. In this system, there is no chance at all that ruling party MPs will hold to account the very person to whom they owe their office.

The second event is the allegation that South Africa won the right to host the 2010 World Cup because it obtained three crucial votes from Fifa delegates by paying $10-million, indirectly, to Caribbean football boss Jack Warner.

As with Nkandla, the public has been treated as if it were 50-million ignoramuses. We were told on May 28 by Minister of Sport Fikele Mbalula that there was no such payment. Then the new mayor of Port Elizabeth, Danny Jordaan, admitted the contents of a 2007 letter showing how Fifa would channel the money to Warner.

Any doubt that Warner would control this $10-million was removed with the disclosure of another letter, this time one sent by Molefi Oliphant, the then South African Football Association president, in 2008.

Faced with this evidence, Mbalula, speaking for the government, claimed the money was a donation to another developing nation.

Why it took so long to announce publicly how generous we had been with our World Cup benefit, and why the idea of a donation became the focal point of the defence only after the Jordaan letter was disclosed, is precisely the evidence that allows courts to draw adverse inferences.

As David Lewis, the admirable head of that important organisation Corruption Watch, has noted, it is arguably the cover-up, the treating of the public as 50-million gullible individuals, that may constitute the most egregious conduct.

Of course, had the entire issue been left to our inefficient police service or compromised National Prosecuting Authority (NPA), nothing would have happened. But, whatever the cries of US imperialism, the FBI and US attorney general Loretta Lynch are formidable prosecutors. Unlike the South African police and the NPA, they are the kind of institutions that were promised by our Constitution.

Given their role, South Africans may learn the truth behind the $10-million payment and, if there was criminal activity, who was responsible, and which members of the organising committee knew.

This again highlights the importance of efficient mechanisms to promote accountability.

If these cases were not sufficient evidence to justify the allegation of serious executive noncompliance with the Constitution, the manner in which Sudan’s president and genocide accused Omar al-Bashir was spirited out of the country last week, in blatant violation of a court order, must surely convince even the most gullible.

Whether we should break with the International Criminal Court is a matter for serious debate. But, for now, if domestic law is in place and a court order is granted, it legally behoves the police to make the necessary arrest. If the authorities do not carry out the law, we are truly in a dangerous constitutional space.

The chief justice needs to publicly account for his comments, by either walking them back or explaining his change of heart on international law and its institutions
Read more
Advertising
Continue to the category
National