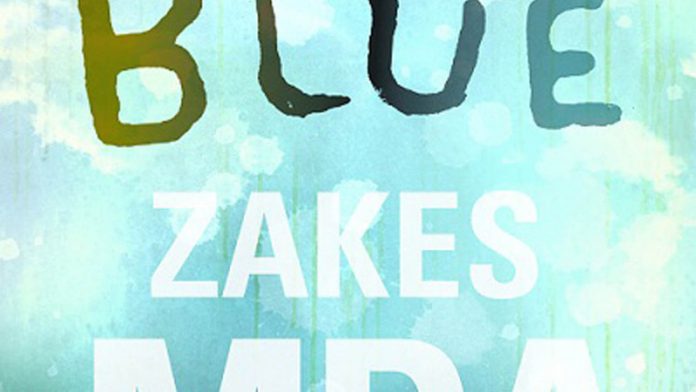 Since the early 1990s, local writers have been progressively shedding the imperatives of the apartheid and early liberation eras — the first being to write against the hateful status quo and the second to celebrate freedom, but strictly according to ANC cultural desk prescripts.

Over the past decade or so, South African writers have been pursuing a far wider range of settings and thematic preoccupations. Mda’s Athens is an American setting with national and transnational resonances: Rachel is brought up by her grandmother, Nana Moira, in a trailer after her father is killed in the military’s first war in Iraq and her mother absconds with her boyfriend in a methamphetamine-induced haze.

Nana Moira works in the local community centre, handing out food parcels and stamps. The area is marked by rural poverty, petty crime, drugs, unemployment, conservative Christianity, invasive small-town gossip and insider politics. The novel is a damning critique of inequality and archaic legalities within larger debates about human rights as they relate to the poor and disenfranchised.

Rachel is a busking musician, travelling to the local markets in the area. She meets Skye Riley, an environmental activist, and they begin a relationship. Rachel is unaware that Jason, an old high-school flame of hers, has become obsessed with her, and he goes into a rage after seeing her with Skye. Things go wrong rapidly, in ways that draw the reader in — half-horrified, half-mesmerised.

The South African backstory
The community is torn apart by what ensues, and Mda’s critique of old and unjust paternity laws emerges as one of the main interests of the novel. Mda captures the flavour and nuance of small-town life in this portrayal, but moves away from the more romanticised narratives that focus mainly on the sense of community and the bucolic pace of rural life.

Instead, he reveals the class politics and entrenched injustices that also undergird small towns. His focus is on the connections between the various forms of oppression that cut through nations and across continents. Rachel’s Blue is an edgy, compelling read that is gritty and disturbing in its hyperrealism.

Busetto’s dreamlike The Story of Anna P, as Told by Herself is set principally on the island of Ponza off the Italian mainland, but has a haunting South African backstory that edges into the narrative about a fifth of the way in. Anna works quietly as an English teacher on the island.

The surface serenity of her workaday life is disrupted by requests — desultory at first, insistent when she fails to respond — from the policeman Ispettore Lupo to see him at his office in Anzio, on the mainland.

What wrong-foots the reader is Busetto’s skilful presentation of Anna as harmless, and her life as unexceptional: she is modest and compassionate, a competent teacher who takes her duties seriously and whose only remarkable feature appears to be her slight eccentricity. Her time off is mostly spent roaming the island and enjoying solitary picnics.

A dreamily surreal tale
The first clue that all is not what it seems is provided when we discover that Anna sees a female sex worker when in Anzio. Again, though, is this merely a quirk in her otherwise humdrum life; an occasional indulgence to leaven the loneliness of her days? Similarly, Lupo — “wolf” in Italian, which is significant, for this is how he comes across — is initially presented as a mere irritant, a pedantic plod who appears to be entirely on the wrong track in suspecting Anna of wrongdoing. Memory, or the lack of it, plays a key role in this novel.

The philosophical question that lies at its heart is: What kind of life could we construct for ourselves if we have no memory of our past? Is almost anything possible, provided that those around us suspect nothing and we are allowed to go our way undisturbed? Busetto’s skill at incrementally unfolding Anna’s story is one of her many accomplishments.

The shifts in the novel — from the dreamily surreal to the shockingly gritty and the exhilaratingly transcendent  — are seamless and apparently effortless. It is rare to read a debut work so unblemished, so in command, so complete in itself.

Debut prize shortlist: The Story of Anna P, As Told by Herself by Penny Busetto; An Imperfect Blessing by Nadia Davids; The Reactive by Masande Ntshanga; The Alibi Club by Jaco van Schalkwyk.