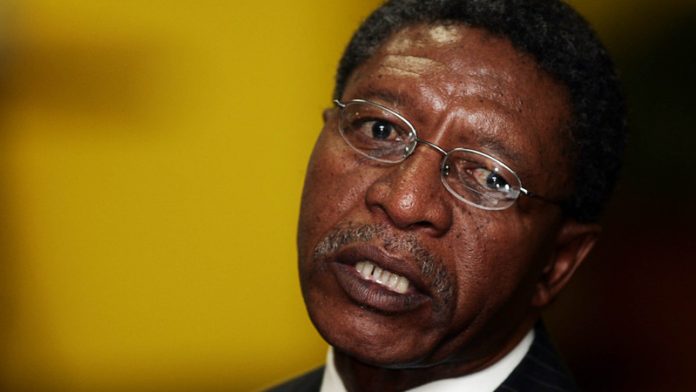 Strife-torn Lesotho is suspicious of Deputy President Cyril Ramaphosa’s mediation efforts and is resistant to any long-lasting proposals that South Africa puts on the table.

The government of Prime Minister Phakalitha Mosisili apparently doesn’t trust Ramaphosa, who is President Jacob Zuma’s special envoy. Zuma, in his capacity as chairperson of the Southern African Development Community’s (SADC) organ on politics, defence and security, assigned him to get Lesotho’s warring parties to reach an agreement to ensure that peace is restored.

The source of the distrust appears to be Ramaphosa’s long-standing friendship with Mothetjoa Metsing, the leader of the Lesotho Congress for Democracy (LCD), the second-largest coalition partner in the current government. Metsing was a mineworker in South Africa and a member of the National Union of Mineworkers, which Ramaphosa once led as general secretary.

Ramaphosa’s spokesperson, Ronnie Mamoepa, would not comment on allegations put to him by the Mail & Guardian.

“A special double troika of SADC heads of state will take place tomorrow [Friday] in Pretoria at the behest of the head of the troika, our President Jacob Zuma, where all these matters relating to Lesotho’s stability would be discussed,” he said.

Fight for control
The fight for control of Lesotho has resulted in at least two known assassinations and key opposition party leaders have fled to South Africa.

General Maaparankoe Mahao, a suspended head of the Lesotho Defence Force (LDF), was gunned down last Thursday by assailants in army uniform and driving military vehicles, according to his family.

This week his family sent a letter to the United Nations, the African Union and SADC giving a detailed account of how the former army leader was shot in cold blood while travelling in a car with his two nephews.

The family claims in the letter that, after he was shot, one soldier called his seniors on a cellphone and reported their success. ” Re mo fumane. Re mo thuntse. Ke na le Sajene Makara [We found him. We shot him. I am with Sergeant Makara]”, the letter reads.

“The world cannot afford to look the other way when a nation is being driven to the edge of a precipice by a small band of rogues sprawling about, torturing and killing to their heart’s content.”

Lukewarm welcome
South African diplomatic sources have said Ramaphosa received a lukewarm welcome in Maseru this week. He was dispatched there urgently amid fears of an increased political instability and security concerns.

Mosisili apparently told Ramaphosa there was nothing to worry about because Maseru had everything under control.

Mahao was seen as an ally of Tom Thabane, whose All Basotho Convention (ABC) lost the February elections to a coalition government led by Mosisili’s Democratic Congress.

Just over a month before Mahao’s killing, Thabane’s friend and the businessperson who funded the ABC, Thabiso Tsosane, was killed by unknown assailants.

Intervention needed
A diplomatic source said Mosisili denied that things were out of control and that his government needed SADC and South Africa to intervene.

He is also said to have told Ramaphosa that Lesotho was an independent state and not a province of South Africa, and could find solutions to its own problems.

He described them as comforting and “a reflection of South Africa’s neighbourliness”.

But South African diplomatic sources claim Lesotho wants Zimbabwe and Namibia to investigate the circumstances of Mahao’s killing, rather than South Africa, which will only send pathologists to aid in the investigation.

Ralejoe said: “The prime minister wants people who would be impartial and would be credible to all groups to do the investigations as this death is sensitive.”

Another diplomatic source said Mosisili did not trust South Africa because of the binational water projects and “also thinks we are too sympathetic to Tom Thabane”.

Lack of co-operation
This week, Thabane said his party believed that Mosisili was not co-operating with Ramaphosa and SADC.

“The problem is that the other side [Mosisili] has taken decisions contrary to the solutions proposed by Deputy President Ramaphosa,” he said.

Thabane fled to South Africa in May this year with the leader of the Basotho National Party, Thesele Maseribane. They claimed there was a plot by Lesotho’s military to assassinate them.

Maaparankoe Mahao was killed in his car. (Mujahid Safodien, AFP)

Thabane said Mahao’s assassination indicated how badly the situation in Lesotho had deteriorated. “If they could kill Mahao, their own commander … what will they do to me?” he asked.

He added that the country could not survive when the army leaders were the biggest criminals.

“I said I would go home if I am given the assurance that I will not be killed. This is a very lonely situation. I am a grandfather … At 72 years old, I am not a child.”

“The problems are because Kamoli was reappointed even after he led a coup in Lesotho. And he is using top assassins in the defence force to do his work for him.”

In an interview with the SABC, published on Thursday, Mosisili said he did not know how Mahao was killed, but the army command had told his government that Mahao was resisting arrest when he was shot.

“We have been informed by the command of the LDF that there was an exchange of fire or shots were fired … maybe that’s the better way to put it,” he said.

“Shots were fired apparently because, as they say, there was some sort of resistance to arrest. That is the version that we have so far got.”

Ignored recommendation
Mosisili’s government ignored Ramaphosa’s recommendation that Kamoli should not be reappointed to head the military.

Ralejoe accused opposition party leaders of trying to gain political mileage “from the unfortunate fatal shooting of Mahao”. The opposition was using his death as a bargaining tool and to “maximise political ends”, he said.

After Mahao’s murder, a former police commissioner, Khothatso Tsooana, also fled to South Africa, fearing for his safety. He and some other senior police and army officials allied to Mahao are accused of plotting to mutiny in an attempt to dethrone Kamoli and reinstate Mahao.

Gauteng gets the bulk of its water from Lesotho’s Katse Dam and any instability in Lesotho could threaten that. In 2010, South Africa approved phase two of the water transfer project, which entails the construction of the Polihali Dam and a transfer tunnel from it to the Katse Dam.

The South African government is also concerned that, should political instability persist in Lesotho, the United States might exclude it from the African Growth and Opportunity Act, which provides duty-free access to the profitable American market for exports from qualifying African countries. If this were to happen, Lesotho could lose tens of thousands of jobs in the textile industry and this could increase the number of Basotho looking to South Africa for jobs.

Lesotho also faces the risk of losing millions of dollars in US aid from the Millennium Challenge Corporation.

The Lesotho Times reported that the MCC and Lesotho signed the first five-year $362.6-million compact in 2007 in an effort to reduce poverty and increase economic growth in the impoverished kingdom, which largely depends on the donor community for survival. – Additional reporting by Billy Ntaote & Mmanaledi Mataboge