The past is done, live life forward 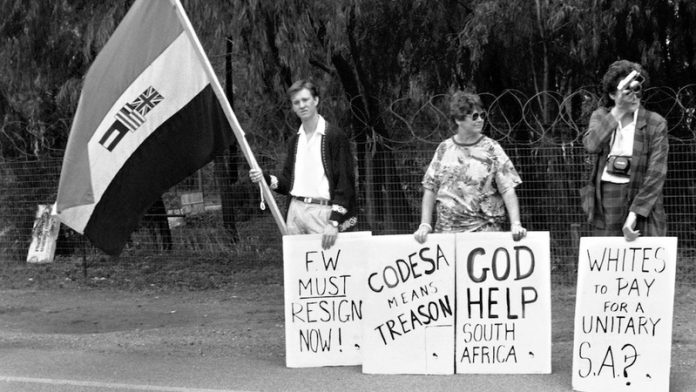 It seems rather repetitive to point out that there is a growing dissatisfaction with the way South Africa has turned on itself over the past 10 years or so. It is tiresome just to write that, as much and as often as it has been. This claim is, however, not without a basis in reality.

Throw a stick in any direction and you will probably hit a gruesome murder, a brutal rape, a corrupt official from the private or the public sector, a broken or dysfunctional public entity, a bigot, or a politician with toenail fungus on his teeth – the residue of foot in mouth disease. But context gives perspective.

In many ways South Africa’s problems aren’t unique. Interspersed by days of good news, many of these pathologies are evident in North Korea and in a loop down across South East Asia and up through India, Russia and the Caucasus to Western Asia and Northern Africa to Europe and west across the Atlantic to the Americas. Sometimes it is hard to find good news anywhere.

Stuck in our own version of Plato’s cave, we in South Africa are wont to see only our own problems, and to imagine ours as unique or the worst. Some of us spend a lot of time trying to figure out when things got so bad, and what it would take to make the country a better place for everyone. Pessimism has turned to resignation. Some of us recognised a while ago that things were heading in the wrong direction and were pessimistic. Now, we are resigned to the fact that things will not get better in our lifetime – that, anyway, is how I sometimes feel.

Most independent analyses conclude that the problem lies with the ANC. From the way that it runs its organisation to the way it runs the state, everything runs a bit like a disoriented elephant on a massive frozen lake in the northern spring. We are one crack from a crash. How did it all go so wrong, is the question so many have asked so often. When did the rot start? How do we fix things? One easy response is not to go back to the drawing board.

Too many people too readily blame the political settlement of the early 1990s for all South Africa’s woes. They point to the protracted negotiations process between the National Party (NP) and the extra-parliamentary movements that led to Codesa and later the Truth and Reconciliation Commission (TRC) process.

What does seem clear, at least to me, is that whatever one may think about the political settlement of the 1990s, we cannot return to the situation ex ante and attempt to do it all over again. This is not to say that the process was perfect. I had serious misgivings about the Codesa process, and made my thoughts clear at the time. I also knew that if we were to salvage anything out of the wreck that was the apartheid state – and we ought never forget that it was in a terrible condition – it was a necessary stage of our political passage.

I also had problems with the TRC. This, too, I made clear, most publicly to Dullah Omar in a rather dismissive way at a press conference. I described it as “misty-eyed liberalism”. I believed then, and still do, that it had more to do with the need to move on than with justice.

At my most optimistic, I understood the TRC process to be part of the ANC and the NP settling things between them and sharing the spoils of a putative peace. Look closely at the TRC’s original terms of reference and it may well seem evident. It had almost nothing to do with 50 or 300 years of oppression. We could not, after all, bring to justice the likes of Verwoerd or Milner, the latter who famously once said: “A political equality of white and black is impossible.”

Any suggestion that we have to return to the negotiated settlement is simply a replication of the habit that we are so good at: making plans and policies, never implementing them, and then starting new plans and policies all over again. We seem to love standing at the starting blocks, flexing our thighs and calves, terribly in love with ourselves, but never quite getting started with the race.

We remain forever nascent, it seems, and cannot quite match the brilliance of our ideals with the practicalities of daily life.

It is certainly true that Codesa took place in a context of political inequality that was reproduced in fields of unstable and iniquitous social capital, and of rather frail and, in some places, nonexistent economic capital.

The country’s political economy was in tatters, the state verged on collapse and the extra-parliamentary forces were broke. On the part of the main protagonists at Codesa, the NP would have us believe that they could govern, but had ruined the country; the ANC would, at the time, have us believe that they were ready to govern, but it too seems to be doing a fine job of ruining the country.

Yet bringing back Codesa or bemoaning the compromises that were made – consciously and by necessity – at the time will not resolve our problems. For starters, the ANC and the NP have traded places, as it were, as have their constituencies. The ANC’s followers have political power and the former NP’s political followers are so far in the margins that they are politically irrelevant.

Going back to Codesa will not solve South Africa’s myriad problems. Decisive and courageous leadership and honest and dignified responses to the problems that beset the country might be a good start. It would also engender much trust if our political leaders respected the country’s institutions. You can’t break the law, and in the same breath tell others to respect the rule of law.

We must work with the reality before us; there certainly is enough of it. History is not like a children’s game where you get to “do overs”. We have to look back at our mistakes, but we must continue to live life forward.

Ismail Lagardien is a writer and political economist with experience in journalism, policy and academia. He worked in the secretariat of the National Planning Commission until the end of March this year