The youth’s sacrifices must not be in vain 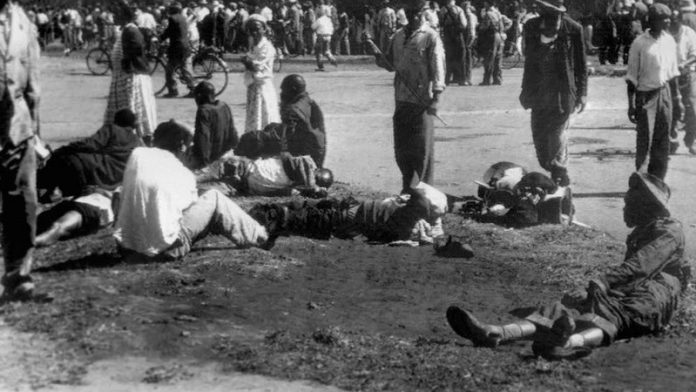 It should seem a privilege to be at this point, where we genuflect once again before the memory of an inspired mass of black high school pupils who perished in a volley of bullets. They died fighting for a simple cause: to demand that they learn in their respective languages and not in the oppressive twang of Afrikaans.

We can, in one moment, imagine these pupils as sowing the seeds of the anger felt on many a university campus today. Perhaps, to be provocative, we could claim that we are the living failures of a project that did not succeed in the new South Africa.

In many ways, the unrest at many of the tertiary institutions today speaks back to a lack of vision on the part of our present-day leaders (or oppressors, if you like).

I won’t waste time repeating what is common cause about our leaders. I will equally not reassert what is in the public domain about our current administration’s failure to govern.

Let me put it this way: if we accept what Chinua Achebe said many years ago, about the problem with black African leaders having an inability to govern, let me take it further and declare that Africa suffers from what the Senegalese call xala – the curse of impotence.

For the continent seems cursed; its leaders are bedridden. In the place of progress and action, they employ remote control as an instrument of subjugation over the minds of the population.

If the apartheid government used military tactics to cow the oppressed into silence, our present-day leaders use the power of memory as a remote control to engender obeisance. Special days such as June 16 are subverted into a form of tabula rasa, a clean slate on which the fantasies of the rich and the elite can be written.

In turn, memory is no longer a weapon in the same way it was declared to be in the 1980s. Instead, it becomes a knife that blunts and not sharpens, a tool that sears the dreams of the young and old alike, an instrument of torture that reminds people where they have been, without awakening them into their present moment of lack.

If the youth of the past were willing to ukshiya abazali ekhaya (leave our parents at home) in an overt declaration of war, if they were willing to be sacrificed in the name of new freedoms being born, why is the present youth cowed into silence? Why are we happy to dance to nostalgic beats and not declare war on our leaders? Why do we think that toppling statues will bring Pretoria to its knees?

In light of the facts we now know, in the presence of the failures we see, in the corrupt and abusive ways black memory is borrowed, undermined and exploited, what would it take for South Africa, in its present guise, to fall?

Today’s youth owe it to the blood of the fallen black masses to declare that not in our name shall the sacrifices of the past be in vain. To conclude otherwise will be akin to treason.

Vuyani Pambo is a student of African literature at Wits University