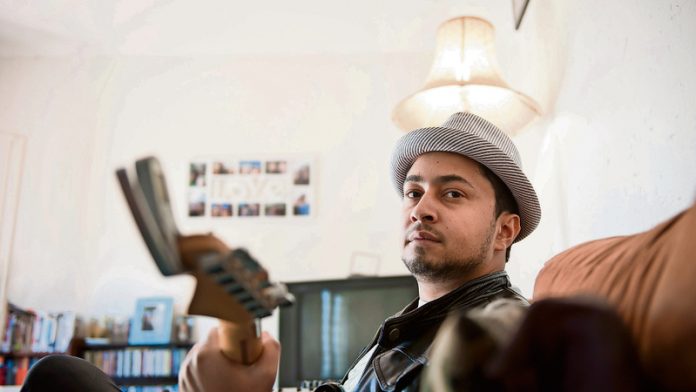 Jo’burg musician Tim Hendricks’s second album, Contemplating Change, has just been released on iTunes. It’s a work of virtuoso variety, ranging from the rocking (Upside Down) to the heart-wrenching (Oxygen), with plenty of driving beats and a complex, multilayered production.

You’re pretty much self-taught as a musician, aren’t you?
Initially it was a guitar-playing thing. My dad played, my uncle played. But I was also intimidated. Most people start at eight, but I only started at 12. I was focused on academics and sports at school, but my English teacher encouraged me. I was writing poems for the school magazine, and she said: “Why don’t you write songs?”

I got into piano at 19. My sister was learning piano, so I would borrow her notes and try and teach it to myself. I had all these music books.

Did you play in a band?
I played in a cover band in Port Elizabeth. I played bass, funnily enough. I got a lot of confidence, performing. And I had to learn a lot of songs, from Paul McCartney to Jamiroquai. We all sang and played. We were gigging every week.

Then I did a TV show – the year they didn’t have Idols. It was the Fame Academy idea. You had to go and sit in this house for three months, and you had to play, compose and sing. I got to the finals. A friend of mine had dared to me enter.

After that, I relocated to Johannesburg, and I made my first album.

Was it different, making your second album, five years later?
I’m lucky, I got to work with some of the top session guys. I have been aware of them for years, now I can call them in. If I have an idea in the studio, I get it down, but then I often get others to come and redo it, make it sound better, push it further.

The production was the focus this time. On the first album, the singles and demos, we just wanted to capture the live sound. It had a decent run, but now I have the production skills and I wanted to make the kind of album I want to hear.

When you listen to a record that’s good, you find yourself listening to different things, and you can think, “Oh that’s sweet”, but at another time you can also listen to the colours and the textures.

So you worked with a lot of different people on this album.
There are four producers on this album, including myself. I co-produced everything, so I’m the common thread, but I wanted to move into something new, and that’s why it’s called Contemplating Change. I had the title in my head before we ever recorded a track, and I wanted to collaborate with people to make the album, to challenge myself.

I’m scoring a movie that will be out later this year, and working on that has influenced a lot of the different sounds on this record. I had to think: What’s going on with this scene? What are the emotions that have to be brought through to the viewer?

The album certainly has a lot of variety.
Yes, it’s eclectic. I get bored easily, so it’s probably a result of OCD or ADD.