SACP to discuss future in the alliance 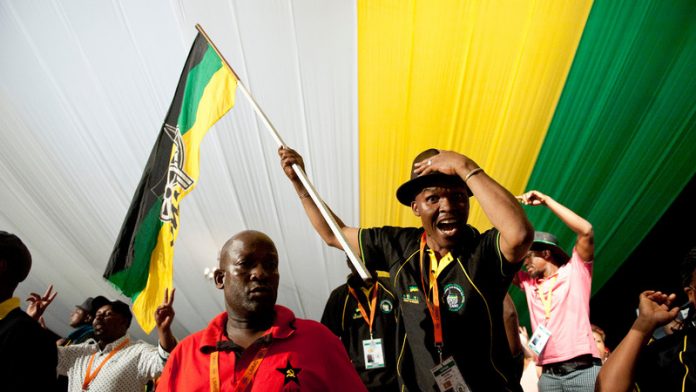 Eight hundred delegates and 80 guests of the South African Communist Party (SACP) will converge today at the University of Johannesburg in Soweto for its special national congress, which will effectively serve as a mid-term review of the party and its organisational goals.

The meeting comes at a time when SACP leaders, who have been co-opted in government, are concerned about their future in the ANC and the party struggling – if not failing – to meet its mandate of being a worker vanguard party.

At the same time, the party has shown some increase in membership, which is sitting at 213 551 members.

Officially, the SACP wants this congress to strengthen “the radical second phase of the transition” – a phrase coined by the ANC’s 2012 policy conference.

The SACP also wants to “pull the alliance together” as Cosatu is fractured and jostling for positions and factions have overtaken the ANC.

On the ground, SACP members want a thorough review of the SACP and the alliance led by the ANC, this includes trade union federation Cosatu.

Some provinces have also proposed the party contest elections as the sounds of dissatisfaction with the ANC-led alliance gets louder.

It’s a tricky balancing act for the SACP leadership who depend almost entirely on Cosatu unions for funding – and its five out of its six top leaders are deployed by the ANC in government.

Zuma’s cheerleaders
Political analyst Steven Friedman said the SACP has a schizophrenic personality in the sense that its national leaders are mainly cheerleaders for President Jacob Zuma while younger members in provinces and municipalities are concerned about bread and butter issues.

Friedman explained that on grassroots level, SACP members have several campaigns that are effective and speak to concerns of ordinary South Africans.

“The older generation is far too hung up with their relationship with the ANC. For the younger generation, there is no other effective left wing party and that is why they joined the SACP,” he said.

Zuma is not set to address the special congress and the SACP as he is attending the Brics summit in Moscow, Russia, and has sent Deputy President Cyril Ramaphosa to deliver the ANC’s message of support.

Ramaphosa is seen by some communists as part of the capitalist elite in South Africa.

SACP general secretary Blade Nzimande is expected to deliver a political report while Cosatu president Sdumo Dlamini will give a message of support on behalf of the labour federation.

Regrets
An interesting debate on the agenda is whether the SACP should contest elections following the call from the SACP in Mpumalanga and KwaZulu-Natal and the Young Communist League.

The M&G reported last month that the party, which helped propel Jacob Zuma to power, regrets replacing Thabo Mbeki with a cult figure and putting too much trust in Zuma.

The SACP’s frank admission is contained in a discussion document, titled Meeting the Challenges Facing the Trade Union Movement, which is set to be debated at the conference.

The SACP now said the “baggage from Polokwane” had negatively affected it and the other alliance partner, trade union federation Cosatu.

“Among the dangers in excessively personalising politics and developing personality cults is that undue expectations can easily be invested in individuals. “Worse still, when these expectations are disappointed, hero worship can turn into an infantile anti-fixation.”

The SACP cited Economic Freedom Fighters leader Julius Malema and former Cosatu general secretary Zwelinzima Vavi as some of those who were obsessed with Zuma, but who were disappointed by his leadership and have now turned against him.