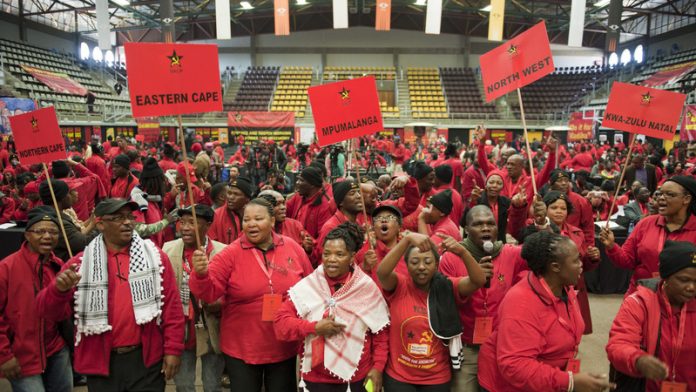 South African Communist Party (SACP) general secretary Blade Nzimande has applauded the South African government for refusing to bow to pressure from opposition parties and activists to arrest Sudanese president Omar al-Bashir, who was in the country to attend the African Union Summit.

The government was criticised for allowing Bashir to leave the country despite a court interdict barring his departure. Bashir flew out of South Africa hours before the High Court in Pretoria ruled that he be handed over to the International Criminal Court (ICC), where he is wanted on charges of masterminding genocide in Sudan’s Darfur region. Minister in the presidency Jeff Radebe announced last month that the cabinet was reviewing its membership with the ICC.

Addressing more than 800 delegates during the SACP special national congress at the University of Johannesburg in Soweto on Wednesday, Nzimande, who is also a Cabinet minister in president Jacob Zuma’s Cabinet, said South Africa did the right thing by not arresting Bashir who is a sitting president.

“We (SACP) are not friends of Bashir, but we don’t agree with those who wanted him arrested. We are not a colony. People were expecting us to be the first country to arrest a sitting president. It was correct not to arrest him. Lets not be intimidated. We are no longer a colony. We are a sovereign state now,” said Nzimande.

He said the ANC-led alliance was not going allow people to rule on its behalf. As expected, Nzimande could not resist the temptation to take another swipe at the media for its consistent negative coverage on alliance leaders.

“If the media want us to respect them, they must also respect our views on the judiciary.” Nzimande said that criticising those who were unhappy about the judiciary was an ideological blackmail, which needed to be fought.

“We must celebrate when Gwede Mantashe is made the Mampara of the week, because we know he is a revolutionary. The day they [the media] stop [giving you negative coverage], you must go look yourself in the mirror and ask if there is something wrong you are doing,” Nzimande said to loud applause.

He described as hypocrite the media’s criticism against Judge Ian Farlam’s finding on Marikana.

Nzimande encouraged delegates not to consider opting out of the ANC-led alliance and contest elections on SACP ticket.

For the first time in many years, there is increasing number of SACP members who strongly feel the party should contest elections outside the ANC. The matter is expected to debated on Thursday.

“We are not saying you must not have a debate on this matter. But we would be mistaken if we say we must go it alone to contest the elections. Those in Cosatu who think we should get out of the alliance are dreaming,” said Nzimande.

He said there were people who would be happy to see the alliance split.

“Those in the newspapers want to weaken us [the alliance]. We need a broad front. Without the alliance, we would not be where we are today. Part of the offensive we are facing today is because the neo-liberals are not happy [with the successes] of the alliance,” said Nzimande.

He said he was worried that leaders within the ANC’s women and youth leagues were pre-occupied with who becomes the ANC leader in 2017, instead of focusing on real development issues on the ground.

“We want a Cosatu that is militant, including criticising the government. But it must not become oppositionist. Cosatu must remain in the alliance without compromising its independence,” said Nzimande.

He urged the Young Communist to take the role of tackling the Economic Freedom Fighters to give senior alliance leaders space to deal with other important things. “We are old and want to fight issues of old people. For the sake of Gwede Mantashe to find time to finish his PHD, you must go and deal with the EFF,” said Nzimande.