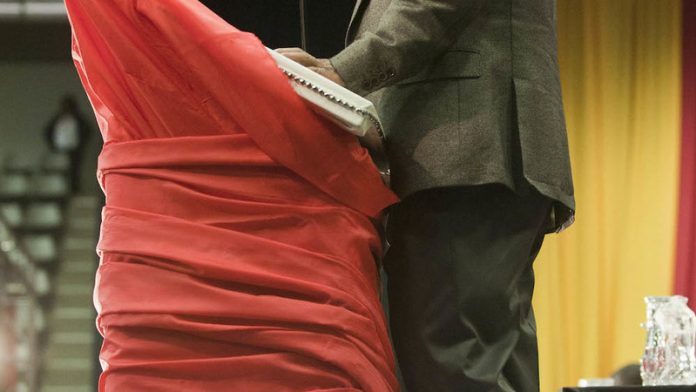 To his detractors, Blade Nzimande is an irresponsible leader with scant respect for the country’s judiciary and media. To his supporters, the South African Communist Party (SACP) leader is a deep thinker and revolutionary.

When they were still allies, former Cosatu general secretary Zwelinzima Vavi called him a doctor of workers.

SACP general secretary for 16 years now, Nzimande played a crucial role in toppling Thabo Mbeki as ANC president during the party’s elective conference in Polokwane in 2007. He lobbied for former ANC Youth League president Julius Malema to be ejected from the ANC, and for National Union of Metalworkers of South Africa general secretary Irvin Jim, as well as Zwelinzima Vavi, then Cosatu general secretary, to be expelled for criticising President Jacob Zuma’s leadership.

“The man can be brutal,” said a close ally of Nzimande, who asked to remain anonymous for fear of victimisation. “If you cross him, he will hunt you down and deal with you until you are finished.”

Under him, the SACP influenced some of the ANC’s decisions from within, following the election of more of its leaders into the governing party’s top leadership structure. The number of communist ministers has increased and the SACP is pushing to have more say in what happens in government.

‘Misunderstood by the media’
Nzimande, who harbours ambitions to one day become president of the ANC and South Africa, told the Mail & Guardian the media misunderstood him and has a preconceived attitude towards him because of his frank criticism of the press.

Nzimande believes the media want to topple the ANC-led government. The academic-turned-politician this week insisted all he calls for is balanced and fair news coverage. “All I am crying for with the media – maybe it is because of my background – is rigorous, proper research and thoroughness in coverage of news,” he said.

Unbeknown to many, Nzimande worked for the Pietermaritzburg-based Natal Witness for a month in 1980, as a student.

Journalism wasn’t for him; he read for an honours degree in psychology, a master’s in industrial psychology and a doctorate in research management. He was recruited into the SACP in 1989 and was taken under the wing of SACP leader Chris Hani.

He identified himself as an academic activist until he was deployed by the ANC as an MP, something he said was never part of his plan. “I wanted to remain in academia. But the ANC said ‘no, you must go to Parliament … we need you not only as an MP but because you have insights into education’.”

After a five-year stint in the first democratic Parliament, Nzimande was elected general secretary of the communist party in 1999, a position that required that he served the party on a full-time basis. Nzimande has remained SACP general secretary despite being sent back to Parliament in 2009 and becoming higher education minister.

The SACP’s second deputy general secretary, Solly Mapaila, said Nzimande had an analytical mind, and his contribution in the country and the alliance was great. “He is deep and questions all dimensions.”

Mapaila, an ally of Nzimande, said the SACP boss enjoyed respect from communist organisations across the world. He said nationalists in the ANC knew they couldn’t do without Nzimande. “Of course those who collude with capital don’t miss the opportunity to attack him. Well, the feeling is mutual: he hates them too.”

Former SACP spokesperson Malesela Maleka, who worked closely with Nzimande for six years, described him as a hard worker.

Expanded membership
SACP chairperson and Agriculture Minister Senzeni Zokwana credited Nzimande for expanding the party’s membership from 20 000 to more than 225 000. “The SACP gained a lot of respect under Nzimande’s leadership,” he said.

Eastern Cape provincial secretary Xolile Nqatha shared Zokwana’s sentiments: “We are present in every part of the country. There is no municipality where the SACP is not present, in terms of structures and participation in government. We are few, but we are everywhere.”

Zokwana mentioned among Nzimande’s achievements the regulation of the credit bureaus, which he said were “operating in a manner that was putting [most] people at a disadvantage” by blacklisting them.

Last Thursday, ANC deputy president Cyril Ramaphosa took on Nzimande when he warned against attacks on the judiciary, something the SACP boss and ANC secretary general Gwede Mantashe have been doing repeatedly recently.

Addressing the SACP congress, Ramaphosa, who played a leading role in drafting the Constitution, said the ANC would always defend the judiciary’s independence. A day before Ramaphosa’s speech, Nzimande told delegates there was a “deliberate overreach by the judiciary” and that SACP would “not shut up”.

On the debate about the SACP contesting state power, Ramaphosa drew disgruntled mumblings from the crowd when he said the party should be content with the power it garners through the tripartite alliance.

“We say we want state power. State power for who?” There were murmurs of “for the SACP” in response. Others expressed irritation at Ramaphosa’s comment. “You see this is what we don’t want, people attacking us on our platform,” said one delegate.

The debate about the SACP contesting elections gained traction ahead of a decision to be communicated on Saturday, when the SACP congress ends.

The pandemic has underlined the need for effective research, teaching and learning through virtual platforms regardless of travel restrictions
Read more
Education

Before Nzimande or anyone in government thinks of telling young people to “choose” TVET colleges again, they need to fix this sector
Read more
Education