The 3 Rs + resilience = success in schooling 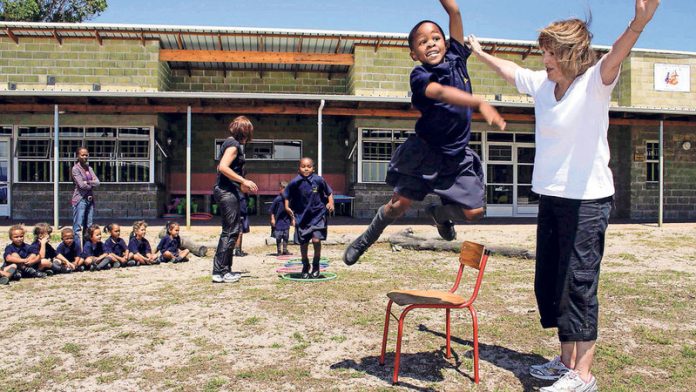 In the Western Cape, just one in eight matriculants will end up in employment of some kind. Such a devastating statistic suggests that at some fundamental level schools are just not turning out the kind of graduates that anyone wants to employ.

What do employers want from their future employees? At a recent workshop held ahead of the World Economic Forum Africa 2015, members of the forum of Young Global Leaders from across Africa brainstormed the question with pupils at Christel House, an independent school for extremely poor children in Ottery, Cape Town.

A recent efficacy report, commissioned by the school and carried out by Ernst & Young, showed that, after leaving, Christel House matriculants are more likely to be enrolled in tertiary institutions (40% versus the national average of 16%) and its dropout rate from grades one to 12 is a mere 7% versus the average drop-out rate of 49% at South Africa’s poorest schools.

Most importantly for this discussion, our pupils go on to make a greater economic impact. They are far more likely to be employed – 84% versus the Western Cape youth employment average of 32% – and are likely to earn more than twice as much over their lifetime than their public school counterparts.

Fuel for the economy
The Young Global Leaders’s conversation aimed to get underneath these numbers to flesh out what the school does differently to achieve these results and was part of a wider focus on how to build sustainable public-private education initiatives that deliver the results needed to fuel strong economies in Africa.

The conversation highlighted the fact that employers’ needs include a mix of hard and soft skills. Solid strategic and abstract thinking as well as good communication skills were deemed essential, but it is the softer skills such as independence, motivation and resilience that make a key difference to a child’s ability to contribute.

To develop such skills in children, you need to do more than teach them to read, write and do maths.

The Christel House approach is a holistic one. Money is invested in providing children with an all-round support system socially, physically, mentally and academically.

Pupils are given medical support, including access to contraception; family planning is also provided, contributing to a much lower pregnancy rate. They get nutritional support that includes two meals and a snack each day.

Parental support is given through training and workshops, helping to lift the whole family out of poverty.

More contact hours
Pupils have more contact hours with teachers and mother-tongue support is offered to children who speak isiXhosa and Afrikaans, as is mentorship and tutoring.

For many of the pupils, exposure to violence is a reality and the trauma that goes with it can potentially affect their performance in both the short and long term. So psychological support in terms of counselling and access to social workers is provided.

They also get access to a college and careers programme after graduation.

Pupils interviewed for the Ernst & Young study reported a growth in confidence during their time at the school; staff and management place great emphasis on social responsibility from a young age. Pupils are encouraged to “pay it forward” by remaining part of the Christel House community and mentoring pupils once they leave the school.

Such is the willingness to learn among many of the pupils that there is fierce competition for places at “The Farm” – a study retreat for grade 12s, the report found.

A pupil remarked: “The motivation we have been provided with at school drives you to study further and have ambitions … to break the cycle of poverty.”

A graduate added: “I am self-sufficient if I am qualified. I’m successful and I am giving back to the community.”

Second, we must realise that the child does not exist in a vacuum, and we must offer support where it is needed.

Third, we cannot overestimate the importance of investing in outstanding, loving and committed teachers.

The biggest challenge is the cost. Sending each pupil to Christel House costs an average of R43 000 a year. But this need not be a critical stumbling block. South Africa spends more on basic education than most other nations: 20% of total government expenditure for 2014-2015 and a total of R254-billion.

The Institute of Internal Auditors reported in January that corruption had cost South Africa R700-billion in two decades – equivalent to educating 13 575 362 pupils at Christel House for a year.

A final important consideration is not the budget itself, but how the money for each pupil in South African (and African) schools is invested.

The facts are that a “simple” school model costing about R25 000 a pupil a year gets very poor results. South Africa urgently needs results from its education spend, not only for the “good” of helping poor people to break the cycle of poverty, but also for the very real reason of needing to have employable citizens to fuel economic growth.

The Christel House model offers a tantalising glimpse of what could be possible for education in this country and on the continent.

Of course, when many of the country’s schools have neither textbooks nor toilets, the model may seem unachievable. But it is scalable; with better-targeted government spend and the involvement of corporate donors, it could be rolled out to benefit hundreds more children and their communities.

It is only by investing strategically in the youth that we can realistically expect them to make a meaningful contribution to sustainable economic development on this continent.

Un-schooling is better for children

Education in South Africa is a mess but alternative education is, well, an alternative
Read more
Education