Victory for consumers as court rules against salary deductions 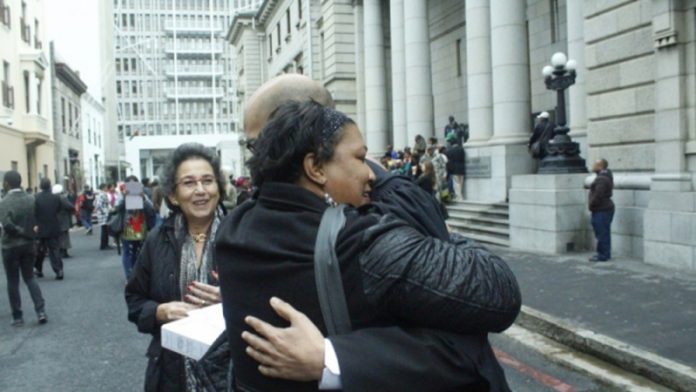 Single mother and sole breadwinner Lisinda Bailey became tearful after Western Cape High Court Judge Siraj Desai declared that deductions, which had been made from her salary were “invalid and unlawful”.

The 40-year-old from Stellenbosch is one of 15 consumers who approached the University of Stellenbosch’s Legal Aid Clinic (LAC) for assistance.

“I had to make monthly payments of R2 600, which was more than I can afford. As the only person working in my house, I struggled every month,” she said.

“I’m so happy and grateful to everyone who helped us. I wanted to start clapping, but we were in court,” she said.

The class action was brought by the LAC against a group of credit providers and Flemix & Associates, the law firm that facilitates the salary deductions, known as emolument attachment orders (EAOs) or garnishee orders.

Garnishee orders are court orders that force employers to deduct money owed to a creditor from the employee’s monthly salary. Bailey and the other applicants accused Flemix of obtaining the orders illegally to deduct monthly amounts from their wages. The LAC also raised concerns about judicial oversight as clerks of the court, instead of magistrates, have been issuing EAOs.

In a packed courtroom on Wednesday, Desai said it was “most disturbing” how micro-lenders chose particular courts from which to obtain the orders, often choosing courts far away from where the borrower lived and worked.

This was in clear violation of the consumers’ rights, he said.

“The right of access to courts is fundamental to the rule of law in a constitutional state.The Flemix respondents are obtaining judgements and EAOs against the applicants in courts far from their homes and in places they could not reach. The right to access the courts was seriously jeopardised, if not effectively denied,” he said.

One applicant, Vusumzi Xethwana, had an order granted against him for more than half his salary. The clerk of the court had issued three orders against another applicant, Angeline Arrison, on the same day, attaching almost her entire salary, said Desai.

“The whole process of obtaining the EAOs was driven by creditors without any judicial oversight whatsoever,” he said.

He also challenged the constitutionality of sections in the Magistrates Court Act (MCA) under which the orders are granted.

The words “the judgement debtor has consented thereto in writing”, which appear in Section 65 of the MCA are inconsistent with the Constitution and invalid to the extent that they fail to provide for judicial oversight over the issuing of an EAO against a debtor, Desai said.

He said it was safe to assume that in thousands of the 150 000 cases outlined in papers by a Flemix lawyer, significant portions of people’s salaries were being deducted on the basis of orders, which had been unlawfully obtained.

Desai urged the Human Rights Commission, the Law Society and the Advice Offices to “take whatever steps necessary” to notify consumers about their rights in relation to his judgment.

“A copy of the judgment is to be forwarded to the Law Society of the Northern Province to determine whether AE Jordaan — an attorney who deposed an affidavit on behalf of Flemix – and Flemix & Associates have breached their ethical duties,” he said.

He also ordered most of the creditors to pay for the applicants’ legal fees, including the costs of two counsel.

About 50 people led by Ses’khona leader Andile Lili gathered on the steps of the High Court to welcome Desai’s order. A number of other civil society organisations and members of the public also attended the hearing.

Odette Geldenhuys, senior associate at Webber Wentzel, the firm which represented LAC and the consumers, said the next step was to take the matter to the Constitutional Court to have the law on emolument orders rewritten.

The Constitutional Court would have the power to consider a range of socio-economic rights, which had been affected by the abuse of emolument attachment orders, she said.

“I think this sends a strong message to those who continue to engage in extractive financial practices that impoverish the poor, exploit their lack of financial literacy, and make money on the backs of the poor.”

“I hope the full brunt of the law will be given against these violations,” he said.