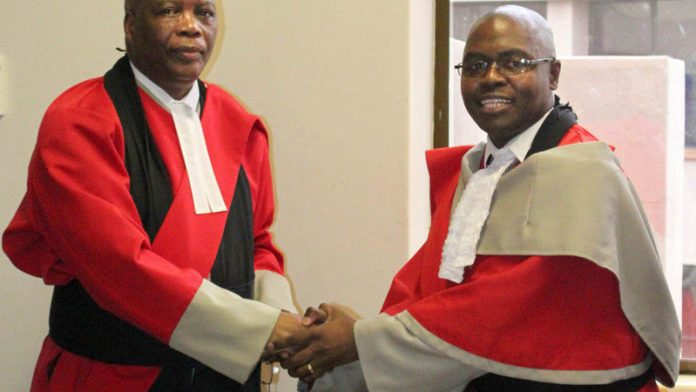 No, Blade Nzimande – we won’t respect your views on South Africa’s judiciary. Anyone who doubts the supreme democratic importance of independent judges, who are immune to political pressure and can hold the politicians to account, should pay close attention to events in Swaziland and Lesotho.

At the centre of these is a 70-year-old judge whom Nzimande presumably believes our judicial officers should emulate.

Lesotho-born Michael Ramodibedi was recently stripped of office and deported from Swaziland, allegedly in connection with a graft scandal. He had served as chief justice for six years amid a string of controversies that raised overwhelming questions about his fitness for office. He owed his long and troubled tenure to King Mswati, whose favour he assiduously courted.

Immediately after his appointment, Ramodibedi scandalised the Swazi legal fraternity by describing himself as their ” makhulu baas” – a phrase heavy with apartheid significance. He suspended respected Judge Thomas Masuku for insulting the king.

He sparked a strike by lawyers and a lawyers’ petition to the Judicial Service Commission for his removal from office by ruling that the courts could not consider any dispute involving Mswati and his companies. And he jailed Bheki Makhubu, the editor of Swaziland’s most outspoken journal, The Nation, for daring to criticise him.

In Botswana, where Ramodibedi also worked, the law society deplored his “warped sense of justice and democracy”. In his home country of Lesotho, the justice minister, Mophato Monyake, remarked that his “public display of affiliation to [the Swazi] absolute monarchy undermines the public perception of his judicial independence”.

Last year he resigned as Lesotho’s appeal court head, where he was facing impeachment on charges including insurance fraud and overpaying himself.

Yet, incredibly, strong rumours are now circulating in Maseru that Pakalitha Mosisili’s government is keen to reinstate Ramodibedi as appeal court head.

These rumours have been fuelled by the government’s strenuous efforts to have charges dropped against him in Swaziland, and by a remarkable statement by Lesotho’s foreign minister, Tlohang Sekhamane, describing him as a “powerful Mosotho judge” and declaring that he “has made us proud by flying the Lesotho flag high with his legal practice experience abroad”.

Mosisili’s benevolent intentions have nothing to do with merit – indeed, the law society has made it clear that it will fight any attempt to reinstate a judge of such tainted reputation.

Ramodibedi is seen as Mosisili’s close ally. And with major court cases looming, particularly in relation to the killing of former defence force Brigadier Maaparankoe Mahao, the new government wants a sympathetic ear at the head of Lesotho’s apex court.

*This comment originally appeared as an editorial in the Mail & Guardian.