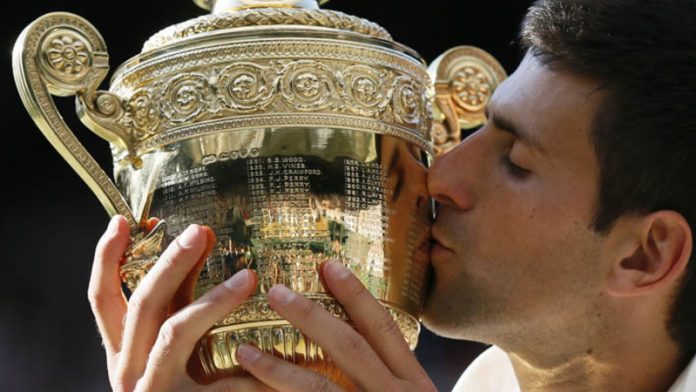 Novak Djokovic dominated much of an intriguing final to win 7-6, 6-7, 6-4, 6-3 and end Roger Federer’s dream of an eighth Wimbledon title. Djokovic now has three SW19 championships of his own after following up his epic five-set victory over the Swiss in last year’s final with an equally impressive display of power and precision.

The players traded breaks of serve midway through the first set and Djokovic saved two set points before finding an extra gear in the tie break to take it 7-1.

The Serb was the dominant force for much of the second set but Federer clung on to his serve and unleashed a series of rasping winners at 5-5 to set up a chance to break. Djokovic held is nerve and his serve in a titanic struggle and once again Federer faltered in the tie break, changing ends at 4-2 down after finding the net three times. But somehow the No 2 seed hauled himself back to 6-6 and eventually prevailed 12-10 to level the match.

Djokovic broke early in the third set before a brief rain arrived. The brief shower halted play but not the champion’s momentum as he surged to the set.

The fourth set was a similar struggle for Federer, who was broken early and struggled to make any impression on his opponent. Djokovic was simply too good.