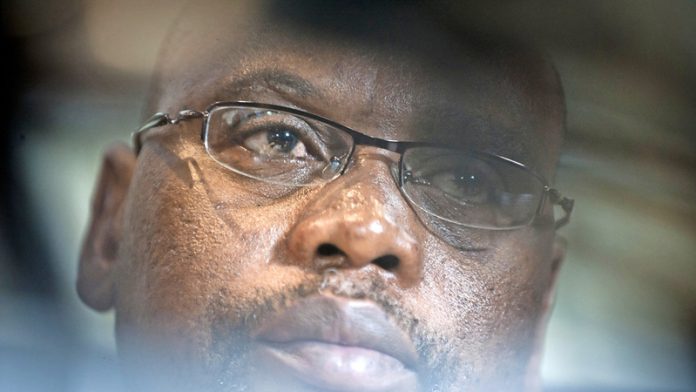 Cosatu president Sdumo Dlamini has called on eight rebel unions to distance themselves from the National Union of Metalworkers of South Africa (Numsa), which was expelled from Cosatu last year.

The rebel unions’ attempt on Monday to force the Cosatu special congress to reopen the debate on the reinstatement of Numsa and former Cosatu general secretary Zwelinzima Vavi failed after an overwhelming number of delegates rejected their suggestions.

The rebels, who form a component of Vavi’s faction, have been vocal in their call for the removal of Dlamini and other office bearers, whom they accuse of failing to implement the resolutions taken by the Cosatu national congress in 2012.

Dlamini lambasted Vavi, Numsa and others sympathetic to their cause for raising money from “imperialists” in the United States and Belgium, with the intention of destroying Cosatu.

“We have seen a document prepared by [Vavi and his supporters], in which they were planning to destroy Cosatu. They are going to America and Belgium to raise money to destroy Cosatu. We must say no to that. We must free those unions [aligned with Vavi and Numsa]. Free yourself. You cannot be an affiliate of another union. Cosatu unions must come together to protect the founding principles of Cosatu. Numsa is attacking us comrades. You [rebel unions] should decide what you want to do,” said Dlamini to cheers and boos from delegates.

The rebels, led by the Food and Allied Workers’ Union (Fawu), were unimpressed by Dlamini’s speech.

“We don’t buy this thing that we are not free … that we are handcuffed by Numsa,” he said.

Masemola said his union would continue to interact with Numsa and Vavi despite Dlamini’s pleas.

Bones Skulu, the general secretary of the South African Commercial, Catering and Allied Workers’ Union (Saccawu), said Dlamini’s address had been less about fostering unity and was more about the vilification of people.

Skulu rubbished Dlamini’s claim that he helped Saccawu when it was in financial difficulties.

“We don’t know what help he is talking about,” he said.

Communication Workers’ Union president Clyde Mervin said he believed there was nothing wrong in the union working with other rebel unions.

“What Sdumo said about Numsa are his own views,” he said.

A Saccawu delegate who spoke from the floor said the union took exception to Dlamini’s statement that rebel unions were affiliated to Numsa.

The Saccawu delegate said he was concerned that Cosatu had opted to vote on the issue of credentials on Monday instead of debating the matter.

He was supported by another delegate from the South African State and Allied Workers’ Union [Sassawu], who said while Cosatu leaders were speaking about unity they were deepening divisions within the federation.

“We [rebel unions] are classified and treated like enemies to the federation. Some unions [who hold dissenting views to that of the dominant faction in Cosatu] in the public sector are being ‘dealt with’. This is a reflection of the kind of the leadership we have in the federation.”

Vavi might not have been at the special national congress, but he became a subject of debate when Satawu delegate Kate Matlou launched a scathing attack against the former general secretary.

“You cannot have sex in the office and say to us you ask for forgiveness,” said Matlou from the floor. “I don’t understand why he could not get a [cheap] hotel instead of having sex [with a junior staff member] in the office. We rubber stamp the CEC decision to expel Zwelinzima Vavi,” said Matlou.

In her address to the congress on Tuesday, ANC chairperson and National Assembly Speaker Baleka Mbete appealed to rebel unions to return to Cosatu, saying that “South Africa needs a strong and united alliance”.

Mbete said the recent alliance summit affirmed the independence of Cosatu as a militant union.

“We need a strong Cosatu that fights for the interests of workers, not a labour desk. The alliance summit also said we should respect the internal processes of Cosatu, including disciplinary matters,” said Mbete.

She said the ANC’s intervention to resolve divisions in Cosatu was not intended to force the federation to take particular decisions and that the ruling party was disturbed by continuing differences among leaders of Cosatu.

“When Cosatu hurts, the ANC feels the pain. There is no way the ANC was not going to fold its arms and watch Cosatu [bleed]. That’s why we established a task team to resolve the divisions,” said Mbete.

She also appealed to alliance leaders to settle their differences among themselves.

“We cannot afford to trade insults publicly. It lowers our standing in public. We need to deal with our differences with dignity,” said Mbete.