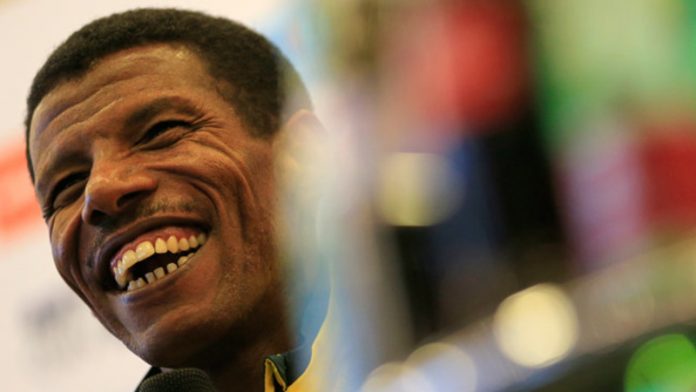 Thirty years ago this week, the world’s eyes were on my home country of Ethiopia. Live Aid Concerts were being planned in cities around the world to raise funds for the millions of mothers and children dying from hunger and disease brought on by extreme poverty. The scenes from Ethiopia were both shocking and devastating, but 30 years later it’s a very different scene.

A country which was once the face of Africa’s famine has now leap-frogged over most of its neighbours to achieve the Millennium Development Goal of reducing child mortality rates by two-thirds – a huge achievement for my country.

No longer the poster child for despair, Ethiopia today is playing host to the international community and world leaders gathering at the third Finance for Development Conference in Addis Ababa. This will discuss the financial framework for the next set of international development goals: The Sustainable Development Goals.

We are at a critical point in our history. This week, world leaders and finance ministers have the opportunity to pledge to create and support the international financial framework to translate these ambitions into reality: to eliminate poverty, reduce inequality, and create a world in which every child survives, learns and thrives.

Leaders must commit to increase both domestic and international financing available for development, including through improving and increasing taxation, meeting aid promises and putting an end to illicit financial flows which rob developing country coffers of billions of much needed dollars each year.

Governments must commit to use this increased funding to adequately and equitably finance the health, education and child protection services we know to be essential to end extreme poverty once and for all. We must also ensure that each government is held accountable for their commitments.

These commitments might seem ambitious but I know firsthand the positive impact a committed government and bold actions can have.

My mother died when I was 10. Giving birth to many children and the lack of antenatal care were the causes for my mother’s death. Therefore, I believe making maternal and child health services available in both rural and urban settings; encouraging mothers to use the services and to limit and space births are crucial to ensure the wellbeing of the child and survival of the mother.

But thanks to the Millennium Development Goals, agreed to in the year 2000 — and due to be replaced in September this year — and the actions of committed governments, the last 15 years have brought about the greatest leap in children’s and maternal survival in history. We have seen the numbers of children under five dying nearly halved — from nearly 12-million in 1990 to 6.3-million.

But this change didn’t happen just because of a set of targets unveiled a decade-and-a-half ago. It also took bold political leadership at the highest levels, and a drive to do more; for example initiatives such as the UN secretary general’s Global Strategy for Women’s and Children’s Health and Every Woman Every Child programmes.

It is people from across the world who are the crucial part of making that change happen. Since the start of this year, tens of millions have taken part in demonstrations, rallies and letter-writing campaigns and host of other activities, urging their leaders on to go further and faster.

This groundswell, coordinated by the action/2015 movement, has drawn in support from over 1 800 organisations from around the globe. Aid agencies such as Save the Children, human rights organisations, and hundreds upon hundreds of small associations and grassroots NGOs are participating.

These are the tens of millions of people, from north and south, rich and poor, powerful and marginalised who I stand with. They share a common belief that as ordinary people they have the power to push governments to agree to and then make the extraordinary happen, in fact, they know that this is the only way it’s ever happened.

We’ve seen how Ethiopia has developed through direct investment by our government and the strengthening of our health systems which has improved the lives of millions of mothers and children. It can, and must be done elsewhere.

Our work isn’t over. As world leaders arrive in Addis Ababa, they need to ensure that the months of negotiations in the run-up to this summit amount to the new set of principles for financing our global poverty elimination efforts. Millions of children lives hang in the balance and concrete actions could lead to millions more lives being saved.