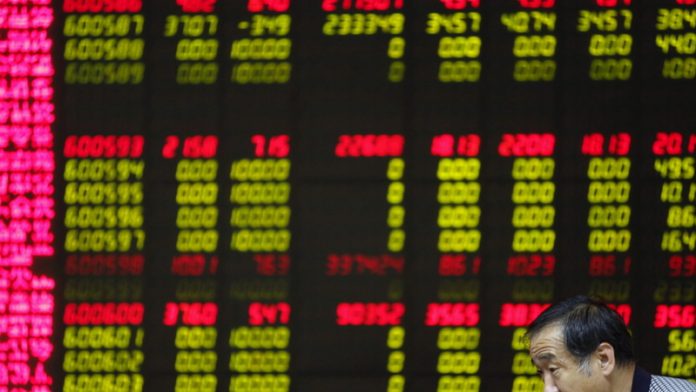 Lu Tao can’t sleep. He gets bouts of panic at night. And he’s too afraid to tell his parents why.

The 23-year-old university student in Hangzhou, on China’s eastern seaboard, has a stock market problem. He borrowed 200 000 yuan (about R400 000) from mom and dad, piled the money into mainland shares without their permission and got caught in the biggest sell-off in two decades.

At first, Lu considered liquidating his holdings and owning up to the losses. But now that China’s government has arrived to rescue the market, he’s decided to bear the sleepless nights, keep his parents in the dark and stay invested.

“I won’t exit,” he says. “I still see value and I believe government policies will safeguard it.”

Moral hazard
Lu’s unwavering faith in Chinese policymakers illustrates the growing risk of moral hazard in the world’s second-largest stock market, an unintended side effect of government efforts to halt a $3.9-trillion sell-off.

Although the support measures have helped spark a 13% rally in the Shanghai Composite Index, the risk is that investors come to view the market as a one-way bet – fuelling bubbles that authorities may struggle to control.

“You don’t want to give the market the impression that, whenever it comes down, you’ll be there,” said Tai Hui of JPMorgan Asset Management.

The moral hazard problem is particularly acute in China because authorities stepped in at a time when stock valuations were still expensive, said Francis Cheung, a strategist at CLSA in Hong Kong.

At 60, the median price-to-earnings ratio on mainland bourses is higher than in any of the world’s 10 largest markets.

The ratio was 68 at the peak of China’s equity bubble in 2007. “The government is in a dilemma,” Cheung said. “They promoted the market on its way up and, now that it has crashed, there are investor expectations that the government will rescue them.”

Unprecedented lengths
Policymakers have gone to unprecedented lengths to prop up stocks. They banned large shareholders from selling stakes, ordered state-run institutions to buy equities, allowed the central bank to finance stock purchases and let more than half of companies on mainland exchanges halt trading.

Bulls are using the measures to justify investing in shares. Chen Xiaofei, an investment adviser at Changjiang Securities in Shanghai, tells margin-trading clients – some sitting on losses of as much as 60% – to stick with their positions because state support will lead to a rally.

“In China, once the government is acting, there’s no difficulty we cannot get over,” Chen said.

China isn’t the only country with a history of intervention in markets. Hong Kong authorities bought $15-billion of shares to prop up prices during the 1998 Asian financial crisis, and the United States Securities and Exchange Commission temporarily banned short selling on some stocks during the global financial crisis seven years ago.

In China’s market, not everyone is willing to wager on the rescue effort. Meng Zhang, a university student studying in the US, liquidated her holdings of mainland equities as the Shanghai Composite started to fall in June. She has no plans to re-enter the market, saying real estate is a better bet.

‘No logic’
“There is no logic in the stock market,” Meng said. “There’s too much risk.”

Still, pessimists may be in the minority among China’s 90-million individual investors, who drive more than 80% of trades on mainland bourses.

Fifty-four percent of those surveyed by CLSA predict shares will rise in the next three months, and 66% say they expect the government to support the market. About 77% say they’ll maintain or boost holdings over the next month.

“The bailout effort by the government is not cost-free,” said Larry Hu, the head of China economics at Macquarie Securities in Hong Kong. “It might encourage more aggressive risk-taking.” – © Bloomberg