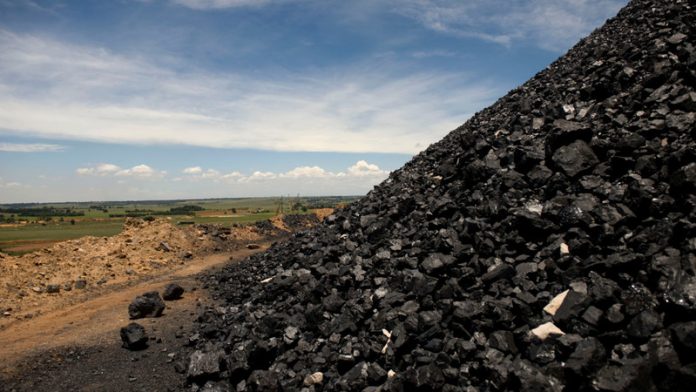 Big industry has decided that South Africa should not do anything about climate change.

This is how the Chemical and Allied Industries Association (CAIA) puts it in a presentation to the Davis tax committee: “CAIA does not support South Africa’s continued development of climate change policy, including that of the carbon tax.”

This marks a new tone to what industry likes to call its “contribution” to climate policy. Normally it says climate change is rather ­worrisome and we should do something about it but “not this” – that is, not whatever actual measure is on the table.

At the Davis tax committee, “this” was treasury’s carbon tax proposal. Earlier in the year, “this” was the department of environmental affairs’ process to define a national carbon budget – a limit on how much can be emitted – and allocate it between sectors. Business and industry walked out on that process and, they hoped, left it for dead.

Corporate South Africa knows the consequences. It is choosing a rising death toll, as the planet is made ever more inhospitable, rather than any limit on its short-term interests. Already, the deaths of half a million people a year are directly attributable to climate change.

The floods in Malawi, Mozambique and Madagascar this year killed 225 people, displaced more than 400 000 and were followed by cholera and malnutrition. People lost not only their crops but their fields as well.

KwaZulu-Natal is getting a preliminary taste of the more severe and extended droughts that will be punctuated by floods. People were already losing stock last year. Water is now rationed in parts of Durban and the taps are dry in Mtubatuba.

All business and industry presentations to the Davis tax committee opposed the carbon tax but left it to the CAIA to argue for scrapping climate policy altogether. They argue first that South Africa’s emissions are globally insignificant and, second, on Sasol’s say-so, that government’s carbon reduction objective has already been met. These claims look like either bad maths or bad faith.

On the first point, the Chamber of Mines says South Africa’s emissions are “tiny compared with China, India and the USA” even if per capita emissions are high. Indeed, those three countries plus the European Union (28 countries) account for about 50% of global emissions. The Chamber of Mines’s biggest members – Anglo, Billiton and Glencore – dominate world trade in coal and have not called on Europe, India or China to reduce coal consumption and imports. To the contrary, they are part of the World Coal Association’s drive to expand coal markets.

Sasol similarly argues that South Africa’s pledge to reduce emissions, the “peak, plateau and decline” trajectory first made at the 2009 Copenhagen climate negotiations, is “aspirational” and, as a developing country, it should not make any firm offers.

This position obviously shelters its coal-to-liquid plants, which include the world’s biggest point source of carbon dioxide. In the US, meanwhile, Sasol plans a massive gas-to-liquid plant to be supplied from fracked shale gas. Gas-to-liquid is the next most carbon-intensive option after coal-to-liquid and, because fracked wells have a propensity to leak, the combination may be worse. At home with the oil and gas lobby in the US’s Deep South, it has garnered lush subsidies from the Louisiana state government and is not calling on that country to take the lead with rapid emissions reductions.

The other half of global emissions, about 25 billion tonnes of greenhouse gas a year, is more than enough to keep global warming on the boil. In that half, South Africa’s emissions are very significant in both absolute and per capita terms.

Only two European countries – Germany and Britain – have higher absolute emissions and none have higher per capita emissions. Malawi, by contrast, emits 140 times less per person. If the world’s fast-vanishing carbon budget is to be equitably allocated, Malawi must be at the front of the developing country queue and South Africa at the back.

Sasol has led the argument on the second point, claiming that emissions are already below “our international commitments” – that’s the Copenhagen pledge – and will stay that way until 2021. Thereafter, Sasol shows emissions growth rising steeply.

The claim that emissions are “below the government target” is repeated by the Chamber of Mines, the CAIA, Business Unity South Africa and every other industry lobby, with the implication that no more should be done.

It is possible that the growth in emissions has slowed down along with the economy. But Sasol’s projection looks implausible. Among other things, it argues that electricity emissions “will remain flat until 2021 when Medupi and Kusile are fully online”.

This is risible. The first unit of Medupi is coming online now and the rest are scheduled to follow at six-month intervals. The first unit of Kusile is meant to start up in 2017. They will be late, no doubt, but unless equivalent units are shut down as they come online, another 60 tonnes of emissions will be added during this period, not at the end of it. And this does not count the privatised coal plants government is now soliciting.

In 2011, emissions were above these targets and, under pressure from business, the department of environmental affairs cheated the numbers to create a very wide target range with higher and lower limits. Industry now pretends that the higher limit is the target: 583 tonnes in 2020 and 614 tonnes in 2025.

In 2010, according to the latest official Greenhouse Gas Inventory, South Africa emitted 518 tonnes of greenhouse gases – without counting the very substantial emissions from the fires that constantly ignite on coal mines and discard dumps. That is below the upper limit but not below target. In 2010, the upper limit was 547 tonnes and the lower limit 398.

But government’s target is the mid-point: 473 tonnes. And whereas industry chooses to notice only the top limit, we must note that the bottom limit is still too high for a fair contribution to preventing devastating climate change.

The industry lobby’s argument seems to stop at 2021 when Sasol’s projection shows emissions rising – as if in triumph – to break through the upper limit.

Over the past 100 years or so, South Africa’s premier industries have dispossessed and impoverished the people and laid waste to the land and water. Climate change will bring the ultimate destruction and it is clear that corporate South Africa will not baulk at it.

Sasol was to send information on the assumptions informing its emissions projection to the author, but he had not received it by the time the print edition of the Mail & Guardian went to press.