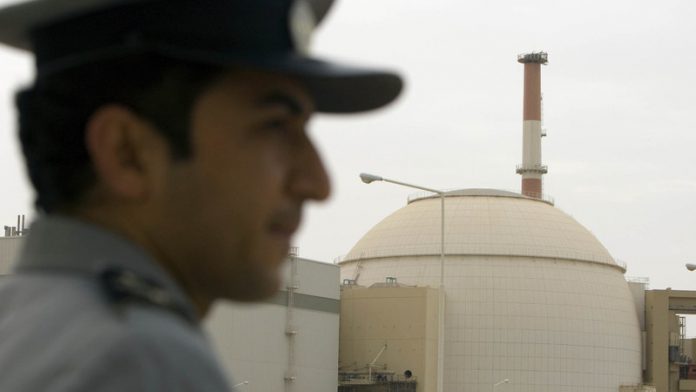 In a display that produced alarming echoes of the 1999 arms deal, government’s top nuclear officials have presented South Africa’s decision to spend up to R1-trillion developing 9.6 gigawatts of new nuclear power as a fait accompli.

The promises parallel similar claims of economic benefit presented by government to justify the 1999 contract to spend R30-billion on high-tech weapons systems. The arms deal delivered plenty of scandal, but promises that it would kick-start foreign investment and industrial development proved to be a pipe dream.

The press briefing took place on the sidelines of a planning conference that brought a small army of officials – from the department of energy, Necsa, NNR and Eskom – to the luxury resort, signalling that the nuclear build programme now has significant bureaucratic impetus, despite the fact that government’s own policy advisers have raised doubts about the wisdom of the deal.

Gazetted
That momentum was emphasised by Mbambo, who said the decision to source 9.6GW was gazetted government policy and the procurement process was expected to be finalised by the end of this financial year.

Given that the deal would dwarf the arms deal and represent government’s largest procurement contract ever, the secrecy surrounding the proposal raises all sorts of alarm, given the potential for catastrophic economic fallout.

Mbambo batted away questions about where the cash to fund the programme would come from, despite disclosing that in-depth studies into its financing and economic impact had been completed.

“Government has completed the finance and funding model … and what we have found is that these technical studies and models have strengthened the government’s case to proceed with the programme,” Mbambo said. “At this stage, though, the funding model cannot be discussed because of strategic reasons. It is strategic because we have not yet tested the market.”

Mbambo refused to discuss the contract strategy because it would be “premature to discuss it in public when the procurement process has not started”.

“When you prematurely announce these types of things you limit the government’s leverage in negotiations,” he added.

He did not answer a question about how disclosing government’s affordability assessment would hinder what he promised would be an open, transparent and competitive tender process.

Making the report public
The shroud of secrecy extends to the report on South Africa’s readiness to embark on nuclear procurement prepared by the International Atomic Energy Agency (Iaea). The Integrated Nuclear Infrastructure Review was presented to government as far back as May 2013, but remains under wraps, allegedly because of some serious concerns it raised about the skills base, industrial capacity and oversight architecture in South Africa.

Mbambo said the country was making good progress on the Iaea recommendations and the report would be made public “soon” because it was still undergoing “internal processes”.

Despite this, government is already moving quickly.

Mbambo said the bid invitation specification and related evaluation criteria should be completed by the end of July; the department of energy under Minister Tina Joemat-Pettersson had been officially designated the “procuring agency”.

Tshelane, a smooth-talking nuclear physics graduate who enjoys political support but has been in repeated conflict with Necsa’s board, was reduced to telling economic parables in a bid to deflect cost questions.

He said he was frustrated by questions about affordability, when the issue was development: “When you have a country divided by a river, you build a bridge to facilitate economic development between the two sides,” he told the assembled journalists.

He insisted that the six to eight plants needed to generate 9.6GW “would pay for themselves”.

Speculation
Just how dangerously speculative such claims are is demonstrated by government’s own estimates.

Mbambo told the briefing: “The current world experience for quoted numbers for real export would indicate an overnight cost of around US$5-billion per 1 200MW, which is equivalent to $4 200 per kilowatt per reactor in newcomer states.”

This translates into R500-billion for 9.6GW at current exchange rates.

The overnight cost is a way of calculating the material and labour costs in advance, as if they have all been paid for simultaneously.

Overnight cost estimates do not include financing costs (the cost of loans, interest and currency fluctuations), which in this instance could add about another R250-billion.

To give some idea of the magnitude of these figures, it is useful to make a comparison with the arms deal, which raised some significant affordability concerns among treasury officials at the time. The R30-billion for arms, which also excluded financing costs, represented about 13% of the 1999 budget of R216.8-billion.

Cost
According to the 2015 budget, consolidated government spending was expected to be R1.35-trillion, meaning a R500-billion bill for nuclear represents 37% of the current annual national expenditure.

And the R500-billion estimate is conservative. Reporting on two nuclear training and promotion memorandums signed recently between South Africa and Russia, the state news agency Tass said Sergey Kiriyenko, head of the state nuclear agency, Rosatom, estimated the construction of eight reactors would cost R500-billion but the programme of creating the entire nuclear power infrastructure in South Africa would cost R1.2-trillion.

Mbambo explained that the plan was for an ambitious localisation programme that will embrace the full nuclear fuel cycle, from mining and enrichment to nuclear waste processing and disposal.

Even the combined reactor cost of R500-billion – or $4 200 a kilowatt – is regarded as optimistic.

Government’s own updated integrated resource plan 2010-2013 report cited a range of 15 to 20 nuclear cost studies, which cumulatively suggested an overnight cost of $5 800 a kilowatt (in 2012 dollars). The plan stated that, if the cost of nuclear comes in above $5 600 a kilowatt, then “the procurement should be abandoned as the additional cost would suggest an alternative technology instead”.

One of the most recent examples is Hinkley Point in Britain where the overnight cost is confirmed as $8 000 a kilowatt, which would equate to just under R1-trillion for South Africa’s plans.

Power purchase agreements
Nuclear power plant construction is notorious for being late and wildly over budget. The South African experience with the Medupi coal power station, which has overshot its deadline and is over budget, suggests the risks of escalation are significant.

Despite Mbambo’s bid to invoke the need to end load-shedding, the rush to conclude a nuclear contract appears rash.

Addressing the energy portfolio committee in June, Joemat-Pettersson said the nuclear reactors would be funded by government-backed power purchase agreements. What this means is that the successful nuclear bidder would build the reactors, and the cost would be passed on to South Africa’s ratepayers over several decades.

In 2013 The British government’s power purchase agreement with the French-Chinese consortium for Hinkley Point set a guaranteed electricity tariff of between £95 and £100 a megawatt hour, which was more than double the wholesale electricity cost in Britain that year.

Whereas globally renewable prices are coming down, nuclear requires a locked-in price long into the future.

‘Atomic Tina’
The battle over government’s own policy document, the 2010 IRP, shows how politicised the decision has become. The updated 2013 IRP recognised the rapid strides made in shale gas and renewable technology.

It stated: “The nuclear decision can possibly be delayed. The revised demand projections suggest that no new nuclear base load capacity is required until after 2025 and that there are alternative options, such as regional hydro, that can fulfil the requirement and allow further exploration of the shale gas potential before prematurely committing to a technology that may be redundant.”

In April 2014, then minister Ben Martins indicated the revised IRP, which urged caution on nuclear, would be issued in the second semester of 2014.

A month later Martins was demoted to the parliamentary back benches and “Atomic Tina” was nominated by the president to drive the nuclear project. She has studiously ignored the revised policy, and it has not been endorsed by the Cabinet.

The overall message at Zimbali was that South Africa is ready for nuclear.

But many of the institutions tasked with implementing the programme are in disarray. The energy department has not had a full-time director general for more than a year; board members and executives of Necsa are under investigation for governance breaches; the regulator complains it is underfunded and it has still not been granted the independence from the energy department that the Iaea recommended; and Eskom’s balance sheet is a black hole.