Starbucks to push up cost of coffee 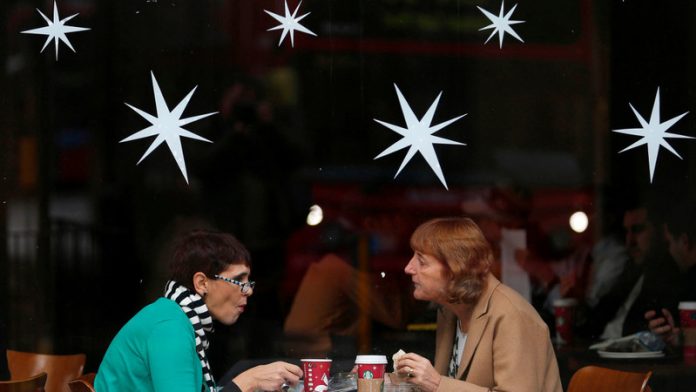 Get set to pay more for your caffeine fix. Owners of independent coffee shops in South Africa anticipate that the arrival of Starbucks will increase the average price for a cup of coffee in the country.

Following a failed year-long partnership with Emperica Marketing in 2010, Starbucks Coffee Company has recently signed a deal with Taste Holdings that will see it open its first full-format store in South Africa.

The new restaurant, to open in Johannesburg in 2016, will offer the full Starbucks menu, including lattes, macchiatos and espressos, muffins, croissants, salads, wraps, paninis and petits fours.

Taste chief executive Carlo Gonzaga has indicated that Starbucks will keep its prices in line with what it charges internationally, despite the fact that consumer confidence is at a 15-year low and GDP growth is expected to be less than 2% for the second year in a row.

Market correction
According to Iain Evans, publisher of The Coffee Mag, it’s high time for a market correction. “People in South Africa aren’t used to paying what they should for great coffee,” he told the Mail & Guardian. “It’s difficult for someone who uses high-quality imported ingredients to make a profit on the current prices.”

David Donde, the owner of Cape Town’s Truth Coffee Roasting, agreed. “Let me put things in perspective,” he said. “We’re looking at a price of R15 to R30 for a high-street cup of coffee. In the UK you’re looking at £4 for the same cup. I pay more for my beans because of shipping than those in the UK. I pay more for my equipment in tax and shipping. Things like cups are more expensive here too. Then I get the argument that labour and rent are cheaper here, but I’m going to call bullshit on that one.

“People say, shame, it’s South Africa, you have to charge less. But that’s not to say we can justify a lower price for a cup of coffee.”

In Donde’s opinion, if Starbucks starts charging R40 for a coffee, local roasteries will soon be able to raise their prices to about R30 – a benchmark they have, as yet, been unable to reach.

Regular drinkers
Many coffee-shop owners hope that the introduction of Starbucks will also increase the number of regular coffee drinkers in South Africa.

But Chris Pefanis, owner of and roastmaster at Highland Coffee Roastery in Clarens, is sceptical. “If they come in with a comparable price to what they charge internationally, it’s going to be pretty expensive,” he said. “I don’t know that the South African public can afford that.”

In Pefanis’s opinion, coffee-shop and roastery owners should aim for similar margins to restaurants. “So if it costs me R5 to make a cup of coffee, I should sell it for about R20,” he said. “Just because I can charge R30 doesn’t mean I should.”

Pefanis, who saves about 30% by roasting his own coffee, charges R16 for a 250ml cappuccino double shot, less than half what locals expect Starbucks will charge. “People are saying it’s going to broaden the base of exposure to coffee, but not at that price,” he said. “It will stay fashionable and exclusive.”

According to Evans, the quality of coffee is generally lower than that offered by speciality coffee stores. “Commercial coffee chains like Starbucks pay from as little as R30 per kg for green coffee, whereas artisans pay up to R100 per kg, and dose eight or nine milligrams per shot instead of five,” said Evans. “It’s like trying to compare fine wine to box wine – there’s just no comparison.”

“In coffee circles they’re kind of snorted at, because they focus more on syrups and milks and sprinkles,” said Pefanis. “They’ll be offering mediocre coffee at a high price.”