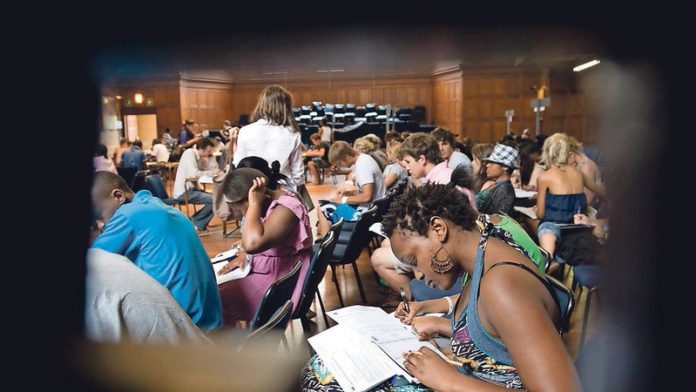 The latest round of university rankings is taking place amid angst about whether South African universities are on the way up or down.

Officially, Rhodes University doesn’t heed rankings. You can argue they’re bogus. Most rankings favour English-medium universities, there is no single quantifiable quality measure that fits all disciplines, and reputation-based rankings presume you ask the right people.

How good are these things really? In the QS Top Universities ranking, Rhodes is ranked 601st in the world for 2014-2015, and 89th in the Brics (Brazil, Russia, India, China and South Africa) grouping for 2015-2016. Before I moved to Rhodes, I spent almost a decade at the University of Queensland, ranked by QS at 43rd.

I should see a big difference between the two, right? Well, no – aside from sheer size. Queensland caters to about seven times the number of students Rhodes has, with big research institutes. It has academics who win huge research grants. I spent time before moving back to South Africa in Queensland’s Institute for Molecular Bioscience, which has more than 450 researchers, graduate students and support staff, who between them had nearly 400 publications in 2014. A disproportionate fraction of these papers are in high-impact journals such as Nature. Institutes like this inflate a university’s scores but have little effect on most students, who are unlikely to interact with these institutes.

Contrast this with Rhodes, which has a few subjects with large classes but, on the whole, most classes tend to be small and there is more contact between students and research-active academics than at the University of Queensland. Part of the reason for this is that Rhodes generally does not employ research-only academics, so the staff-student ratio is more favourable than appears from the raw numbers. Queensland employs more research-only staff than research and teaching academics. I do not see a huge difference in the student experience between the two.

Having handled curriculum reform in several areas at Queensland, I am in a position to know curriculums there and at Rhodes are not vastly different. In computer science, I could not say there is a lot to choose between a good graduate from either university.

What South Africa has that Australian universities, and many universities in developed countries, lack is real international diversity. Top United States universities are good at graduate school level, but very expensive for foreigners at undergraduate level. The University of Queensland plays lip service to internationalisation, but in reality they see foreign students as cash cows; their fees are extortionate.

In South Africa, the excess that foreigners are charged is not very high. For a foreigner to do a doctorate at Queensland, fees in 2015 are more than A$26 000 (about R240 000) a year. At Rhodes, the standard annual fee for a doctorate is less than 10% of this; the foreign surcharge pulls it up to R29 000 a year – with discounts for students from the Southern African Development Community (SADC) and the rest of Africa.

At undergraduate level, a similar picture applies. A student from a SADC country of modest means can afford to study at Rhodes. An international student needs to spend serious money to take an undergraduate degree at Queensland.

The QS rankings include a score for international students, which cannot quantify the difference between drawing in the continent’s best and drawing in the region’s wealthiest with less regard for merit.

Add that a Rhodes academic led the South African Square Kilometre Array bid that beat the Australian bid. I argue that Rhodes not only punches above its weight but also makes nonsense of the whole ranking system.

University rankings are a kind of intelligence test. If you believe them and choose your university based on them, you will not necessarily make a good choice. You need to do your own research on your university of choice. Does it offer the right subjects for you? Is there evidence that it’s strong in your chosen area? Think about the criteria that matter to you. Then make an informed choice.