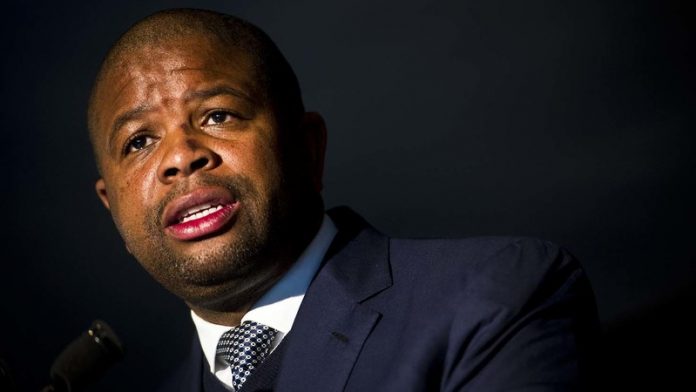 Lucky Montana on Friday described his dismissal as group CEO of the Passenger Rail Agency of SA (Prasa) as “grossly unfair and illegal”.

Addressing journalists at the Hyatt Regency hotel in Rosebank, Johannesburg, Montana said the decision to dismiss him had not been unexpected, but implied it was politically motivated.

The Prasa board, led by chairperson Popo Molefe, announced on Thursday in a media statement that Montana has been “released from serving his notice period”.

Montana was due to the leave the state-owned company in December. Prasa chief operating officer Nathi Khena was appointed acting CEO while the board seeks a replacement.

Molefe has maintained that Montana had attacked him and the board in the media.

Montana had previously lambasted the board under Molefe’s leadership for its incompetence and meddling in the operational affairs of the agency.

In an interview with the Financial Mail in June, Montana said the board was the biggest threat to the agency.

At issue is the slow pace of Prasa’s procurement of infrastructure relating to the R51-billion locomotive contract.

“We have the required skills but I am not convinced that the board will be able to act in the best interests of Prasa under the chairmanship of Popo Molefe and his modus operandi of interfering with the business of Prasa,” Montana told the Financial Mail.

Montana also accused Molefe of conducting a clandestine investigation against him relating to the procurement contract.

More recently, Montana rubbished allegations that were made against the state-owned agency. Last week it was reported that Prasa’s own engineers had warned in a report that its new Afro 4000 diesel locomotives, bought from Spain at a cost of R600m, were too tall for existing infrastructure.

Montana this week took some journalists on a ride to prove that the locomotives were indeed suitable.

Other reports said Prasa had deviated from its payment schedule in a contract to purchase Spanish locomotives, paying winning consortium Swifambo Rail Leasing about R40-million more than was stipulated.

Montana said all the allegations were a ploy to tarnish his reputation, which had made it easy for the board to terminate his contract. He told journalists that he would provide details behind his dismissal after he has had discussions with the “leadership”.

“Who am I to defy [government] leadership? I will answer [your questions] next week,” he said.