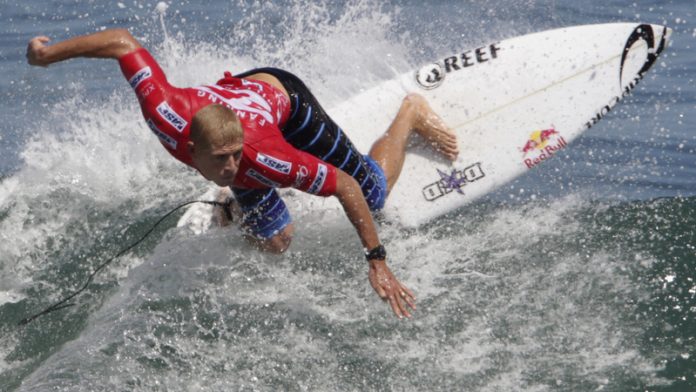 Officials in Jeffreys Bay, where a surfer came face-to-fin with a shark, have said they would consider hiring spotters and using drones to prevent another scare.

Australian Mick Fanning’s lucky escape on Sunday in Jeffreys Bay – said to be one of the five best surfing locations in the world – comes two years after a swimmer was killed by a shark close by.

The Kouga local municipality is studying methods pioneered in Cape Town, including the use of lookouts on adjacent mountains who sound a warning siren so people can evacuate the water when a shark comes into view.

Kouga executive mayor Daphne Kettledas said the video clip of Fanning’s close encounter “sent chills down my spine … Jeffreys Bay is not a high-risk area for shark attacks but the local council will do all in its power to help ensure the safety of ocean users.

“We are looking at the possibility of shark spotters, although experts are of the opinion that this system will not work as well in Jeffreys Bay as it does in Cape Town – firstly, because one doesn’t get the same level of elevation here as you do in Cape Town and, secondly, because of the position of the morning sun. A third option that we will be considering is the use of drones to capture images and relay them back to shore for monitoring.”

The council had held discussions with local surfing and swimming enthusiasts, said Kettledas, and they had expressed opposition to the use of exclusion nets to keep sharks out.

Asked if Sunday’s incident would damage tourism in Jeffreys Bay, Kettledas replied: “It is difficult to predict what impact it will have. However, it is unlikely that surfers will be deterred from visiting Supertubes [beach] – one of the top surfing spots in the world – by an isolated incident of this nature. Surfers tend to be people who know the ocean and know the risks.”

Big sharks were believed not to visit the waters off Jeffreys Bay until 1989, when surfer Edward Razzano was bitten on the torso by a 2.5-metre great white.

The town had its first shark fatality when Burgert van der Westhuizen (74), who swam there regularly, was killed in 2013. He had reportedly told a friend two weeks earlier that he was not afraid of sharks while swimming but if one took him, it may be the best way to go, because it meant he would be in the sea, doing what he loved best.

But nothing compares with Fanning’s heroics as click bait and Jeffreys Bay was coming to terms on Monday with its newfound notoriety. A 33-year-old businessman who makes and fixes surfboards, but did not wish to be named, said: “It’s the talk of the town obviously, but a lot of local guys don’t seem to be worried about it. I haven’t met anyone who says they’re going to give up. I will continue to surf the waves but I’ll probably stay out of the water for a couple of days.”

He did say he welcomed the council’s discussions, though, adding: “There are more and more shark sightings and more and more attacks. There’s something not cool going on. Shark spotters would be a good start. It really works well in the Muizenberg area of Cape Town. When I was there, the spotters let off the alarm six times in two hours.”

There were two shark attacks in South Africa last year, less than its recent 10-year annual average of 4.3, according to the Florida Museum of Natural History in the United States, which maintains an international shark attack file. South Africa’s average annual death toll from shark attacks is 1.3 people.

Officials in Jeffreys Bay could struggle to make an economic case for their preventative measures. Alison Kock, research manager at Cape Town-based Shark Spotters, said: “In South Africa there are other issues the government is focusing on, like housing and education. With shark incidents there is a large section of the population not affected at all.”

Kock said the shark that swam close to Fanning looked like a young great white – about 2.5m long. “Mick was very lucky he didn’t suffer any bites and walked away unharmed,” she said. “It’s amazing. It’s a relatively small shark and, based on the footage we’ve seen, we don’t know its intentions. It looks like the shark was trying to get out of the situation as fast as Mark was.”

While she would not normally advocate provoking a shark, Kock said Fanning made the right choice. “The shark had obviously come too close for comfort so he lashed out and that was probably a good thing to do in the circumstances. He did instinctively what probably many of us would do.”

Experts objected to media descriptions of the incident. Andrew Ingram, spokesperson for the National Sea Rescue Institute, said: “To call it an attack is inaccurate. I’ve watched the slow-motion footage very carefully. I think the shark was coming for a look. It felt it had got caught by the lead and tried to get away. If it wanted to bite, it would have done.

“They are inquisitive and intelligent. It’s a young animal and it got spooked. If I’d been in the water, I’d have been scared, but with hindsight I don’t think it wanted to bite. Sharks don’t want to bite humans generally; people kill many more sharks.”