A love affair with Can Themba 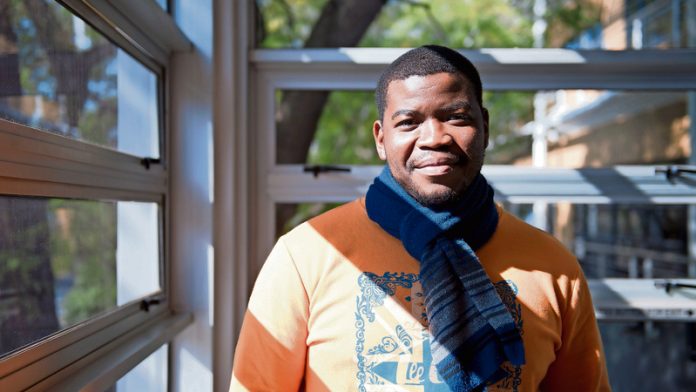 Arguably one of South Africa’s most important contemporary plays, nostalgic for the beauty of the past and savvy about the racism of the early apartheid era, a stage version of Can Themba’s short story ­Crepuscule opened recently in Johannesburg. An essay on doomed love, it’s a paean to Sophiatown’s heyday. Its director, Khayelihle Dominique Gumede (27), who adapted it for the stage, spoke to the Mail & Guardian.

Tell me about your love for Can Themba’s writing.
It started in an adaptation class in my third year of my drama degree at Wits University, under Greg Homann. I wrote and directed an extract of Crepuscule for my directing exam. The next year, I wrote more of it and directed more of it for that year’s exam. Then I won the Emerging Theatre Director’s bursary – it was 2012 – and took it to Cape Town to the Theatre Arts Admin Collective. Robin Malan saw it and wanted to publish it – so it got published from that little independent run.

I fell in love with Can Themba’s writing – he was one of Drum magazine’s contributors and a prose writer – due to a series of moments. I’ve always been fascinated by that clip of him from [the film] Come Back Africa, in the Apartheid Museum, where he describes apartheid’s nonsensical nature.

And his large ironic smile, which had defiance behind it, was something I couldn’t get over; I played it over and over in my head. And then I read Crepuscule and the ironic tone sat with me, not just because Can was enigmatic – there’s so much written about his work, but not enough about him – but also because the story felt so much in the here and now, and I thought it was a litmus test of how far we’ve come … and so began the adaptation process, and the process of finding my voice against what I believe Can’s voice was.

The play celebrates Sophiatown in its heyday. What challenges did this represent for you?
When Triomf was established and the destruction of Sophiatown was completed. I wasn’t even born. That’s one of theatre’s joys … you can go back and reflect on history. Don Mattera says no one can really write Sophiatown’s full story. Here was this little freehold neighbourhood of 65?000 people and all this electricity ensued because of it … you always feel you’re peeling [off] layers and there’s more to be discovered.

Tell me about casting Kate Liquorish as the love interest.
It was not obvious, but not difficult to cast Liquorish as Janet. She’s a beautiful performer; I saw her in Girl in the Yellow Dress and other things since then. She’s an emotional powerhouse. You have this imagined idea in the back of your head as to what Janet should or shouldn’t be. Kate inserted herself beautifully into the role and has been wonderful to work with – as has the whole cast.

Would Johannesburg theatre audiences be familiar with Leroy Gopal, who plays Can Themba?
Probably not. Leroy studied performance at Afda [the South African School of Motion Picture Medium and Live Performance]; he doesn’t do a lot of theatre. A seasoned actor, he’s been in the industry for over 10 years and he’s done a lot of film, but theatre’s a different beast. I think this piece has been a learning curve for him.

What kind of conversations did you have with designer Nadya Cohen in building the set?
The set is such a breath [of fresh air]. That’s Nadya’s genius. I tend to clutter things and work my way in by decluttering. Because Sophiatown’s world is so full, you get caught between what clutter belongs to it and what clutter masks its theatrical interpretation. As the play’s second half builds, so does the rhythm of the feet moving on the floorboards; this continuous cacophony, this rolling thing, feels like the inevitability of what happens to Sophiatown. I think the doors, the floor and the carefully selected objects we quibbled over reflect the period … there’s so much love in every piece we spoke about that can or can’t live in this space. Not one feels superfluous.

Like the choreography – the domain of Nhlanhla Mahlangu – is the music essential to the piece?
Yes. Happily Nhlanhla – who also performs in the work – and I have collaborated often. We have a deep working language. For Crepuscule, it was important for us to bring an ethnic texture in as it is often overlooked in reflections of Sophiatown. People talk about the jazz, but there was also a tribal internal thing for a lot of Sophiatown’s locals.

Is there further life for Crepuscule after this season?
That’s the hope. We’re in talks, locally and abroad. We’ll see what takes.

Robyn Sassen
A freelance arts writer since 1998, I fell in love with the theatre as a toddler, proved rubbish as a ballerina: my starring role was as Mrs Pussy in Noddy as a seven-year-old, and earned my stripes as an academic in Fine Arts and Art History, in subsequent years. I write for a range of online and print publications, including the Sunday Times, the Mail & Guardian and artslink.co.za and was formerly the arts editor of the SA Jewish Report, a weekly newspaper with which I was associated for 16 years. This blog promises you new stories every week, be they reviews, profiles, news stories or features.
Facebook
Twitter
WhatsApp
Linkedin
ReddIt
Email
Print

The D-Max isn’t a luxury ride, but it’s not too tough on the purse and can handle the rough road
Read more
Education