An era in which fact is more desired than fiction 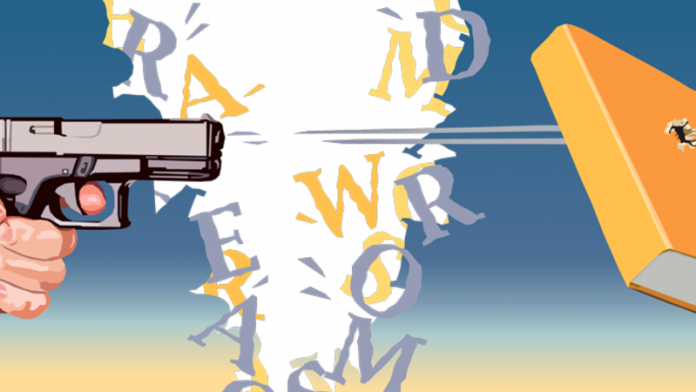 The switch from apartheid to postapartheid in the early to mid-1990s is momentous not only for the more obvious reasons, but also because it roughly coincides with globalisation and the rapid growth of digital media.

The sprawl of what has become known as the new media has coincided with changed emphases in modes of data consumption: visual salience, speed, brevity and the predominance of surface over depth. Actuality, often in raw and semi-processed form, rides high in this environment, whereas older forms of “deep” and refined literature fare less well.

In addition, the relatively passive media consumers of earlier generations have morphed into interactive media agents: mobile-screen readers and content-makers – writers of an entirely new kind – who both consume and produce media in thick, quantum loops.

As if to corroborate these trends, in which the “real” and the actual are accented, literary publishing in South Africa, especially in the postapartheid period, has seen nonfiction increasingly outsell literary fiction. In addition, several high calibre South African writers, among them Marlene van Niekerk, Antjie Krog and Rian Malan, have observed that postapartheid conditions are such that nonfiction appears to be a far more serviceable mode of writing than fiction.

This stands in contrast to the pre-postapartheid period, when realist fiction in the Gordimer “history from the inside” mode and metafictional fabulation about ethical agency, in the manner of JM Coetzee, rode the crest of the wave in the literary truth game. The conjunction of the new media, as a “glocal” digital emporium and a dominant site of both reading and writing, on the one hand, and a perceived rebalancing towards nonfiction letters, on the other, underlie a sea change in South African writing (a necessarily larger category than “literature”).

It is as if “writing,” including the ascendant category scholars often call creative or literary nonfiction, cannot but align itself with the energy, form and flow of the new media and the information age, of which it is an integral part.

This is a scene of writing that has left behind, to some degree, the academic cloisters and joined the consuming media wrap in which 21st century people read and write, populating an informational “reality show” that has profound implications for what cultural scholars such as Sharon Marcus and Stephen Best express in the phrase “how we read now”.

Much of this can be explained in terms that call to mind the claims of the “affect” movement in literary-cultural studies, which also places more emphasis on what is perceivably and affectively “out there”, on what can be seen, touched and felt, rather than the Byzantine complexities of subterranean textual or aesthetic meaning within narrow (and “deep”) forms. Like the digital natives of the post-2000 generation, affect adherents tend also to be keen on the visual and the surface, and on the feelings associated with the more immediate, tactile world.

Linked to this, in literary-cultural studies, is the phenomenon characterised by David Shields as “reality hunger” in his book of the same title. The appetite for the real and the raw, for Shields and his sympathisers, is encouraged by a newfound impatience with smoke-and-mirrors fabrication. This is an uneasiness with fine-grained insights deduced from imaginary set-ups and literary frolics written by the elect few in the literary canon – and then interpreted by “great critics” walled up in monastic knowledge institutions.

New media
Reality hunger in the new media goes along with a preference for open access, free use and abuse of sources, citizen scholarship and switching or sampling – in fact, any use of writing (including copying) to gain a sharper take on the rough and unfinished datum of the real. The growing digital humanities campaign in academia (especially in the developed countries of the North, Japan and Australia) likewise shares many of these imperatives – especially citizen scholarship, crowdsourcing research techniques and visual salience.

Meanwhile, as large sectors of world society, especially in developed and developing countries, become more atomised and populations grow more conglomerated but internally diverse, new media stands in increasingly for an impossibly incommensurate and multitudinous global spread of heterogeneity. In this process, “reality” becomes occulted, stranger by the day, and more compelling than ever before.

In Paul Virilio’s notion of a “dromosphere”, a digitally conditioned sensorium ruled by the “logic of speed”, our horizons have simultaneously expanded and contracted.

In the dromosphere, trajectory is lost. Moments of departure and intervals or stages in between, disappear in a blur of pace. What remains is an eternal sense of (belated) arrival, a claustrophobic “now time” that never ends.

The technologies of what Virilio calls “telepresence” facilitate a process in which place, too, is often uprooted, along with older philosophical understandings of being in the world. More to the point, in a world of super-quick digital access to (the illusion of) everything out there, of “electracy” in scholar Gregory Ulmer’s description, fiction (or made-up stories with stylistic or literary pretensions to beauteous form) seem evermore superfluous, as the sales figures in postapartheid South Africa also suggest.

In this environment, fabricated stories are a kind of surplus of affect, of invented feelings and circumstances that people once needed to pass time. But contemporary human subjects no longer need to “pass” time. Time is passing them and with it, data, at unnerving speed. In such a setting, people devote as much attention as possible to staying in the throng of the ever-receding, expanding space of “now”, partly because there is so much to catch up on, so many happenings and outrages, and so many facts and events to find interesting – affectively “shocking”, “disgusting” or “like-able”.

There is an ever-looming quota of sensation in the new media sensorium, available at one’s fingertips.

Additionally, so much out there needs noting because it seems to threaten one’s safety, one’s firm hold on what is perceived to be a dangerous and empirically unknowable world.

Such a sense of danger is especially acute in postapartheid South Africa, with its phenomenology of crime, as posited by Jonny Steinberg. The catharsis of affect once mostly found in aesthetic performativity is arguably now more often felt in the outrage and the pain, consequent upon media witnessing of distressingly actual spectacles, looping “tales” intermediated by fellow digital consumers of purportedly real events.

Such affect is urgent and relevant because perceived wrongdoing is seen to threaten the actual victim and the voyeuristic media victim equally.

Here, then, is a form of referred pain, something experienced within what Mark Seltzer calls a “wound culture” embedded in a “pathological public sphere”. The elements delineated above – a leaning towards “raw facts” within a “media apriori” that brings about, in affect, a high fever of anxious telepresence – are all suggestive of a context for writing in which “true crime” as a category assumes a prominent role.

It is not that book culture and books are excluded from the reading culture. Precisely the opposite: they feed into the mood and high-wire contingency of new media reading cultures, and so the work (in postapartheid South Africa of very recent times) of writers such as Mark Gevisser, Mzilikazi wa Afrika and Maria Phalime, to name a few, in which the accents delineated above are salient, find traction in a way, I suggest, that “deep” literary forms struggle to match, or must now match in challenging new ways, as for example Ivan Vladislavic does in his novel Double Negative.

Vladislavic’s novel presents a signal act of fictional under-plotting in the face of overwhelming exteriors. Double Negative opens up the conceptual space in which one might consider similar books wherein the author’s voice acts as a medium through which postapartheid cities are allowed to speak their unplottable, wayward trajectories. Fiction in such cases can be seen to break through into the keenly felt materialities, and the jarring surfaces, of the postapartheid public sphere.

One the most telling of such fictional ruptures, K Sello Duiker’s The Quiet Violence of Dreams, exhibits the documentary turn so typical of post-1994 writing, opening itself up to a kind of plotlessness – or plot loss – that is key to relaying, in fiction, the felt realities of a world in which death and madness emerge as overwhelming forces.

Fiction’s edge here is its ability to make the world so experienced legible in perceptual and affective language that allows for empathetic identification, or proxy experience.

Postapartheid fiction
In Duiker’s novel, the groundwork, or everyday “data”, of the fictively documented “real” is unembellished pathology and madness (as witnessed in Tshepo’s Valkenberg period), occasioned partly by rape and slaying (events instituted by Tshepo’s father against his mother).

Such documentary tendencies in the novel, drawing much of its discursive force from similar currents in testimony before the Truth and Reconciliation Commission, are confirmed in another signal postapartheid fiction in which killer cities overwhelm their subjects, Phaswane Mpe’s Welcome to Our Hillbrow.

Both these works, in different ways, build on the foundation of Zakes Mda’s early transition novel, Ways of Dying, where the struggle between death and creative imagination is staged as the definitive challenge of postapartheid.

In novels by Lauren Beukes and Henrietta Rose-Innes, experiencing subjects find themselves in contortions of plot that simulate conditions of profound dislocation from any kind of anchorage in a rational social order.

Finally, Imraan Coovadia’s novel, Tales of the Metric System, can be seen to weigh up the stakes implicit in Mda’s reckoning of postapartheid conditions, finding a certain whimsical fissure in an otherwise kleptocratic public sphere.

This edited excerpt from De Kock’s forthcoming book, Losing the Plot: Crime, Reality, and Fiction in Postapartheid Writing, is published under agreement with Wits University Press.

Literature slings barbs and arrows at the M&G LitFest