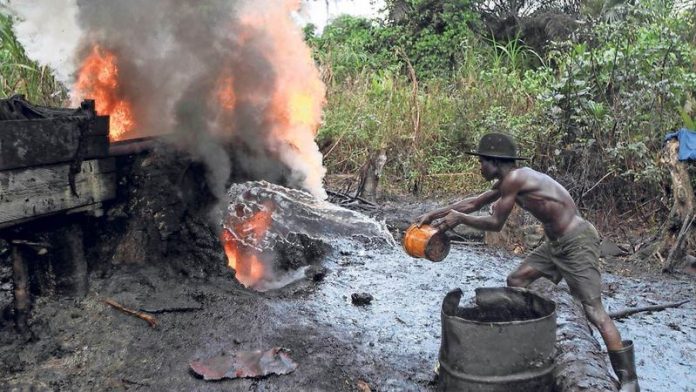 Twenty-three of Nigeria’s 36 states have not paid their civil servants for months, and spending on capital projects has been frozen, in some cases since last year. In southwestern Osun state, the situation is so bad that trade unions sought food and cash donations for workers before Ramadan.

The cash crunch is partly the result of how Africa’s most populous nation functions politically: proceeds from oil, company taxes and import duties are paid into a central pool and every state sends a representative to the capital each month to collect a share.

The economy is dependent on oil, which accounts for about 80% of government revenues, and this method of distributing income means fluctuating global oil prices can have dire ­consequences for Nigerians.

A sharp drop in crude prices since last year has pummelled the economy, and the naira has fallen sharply. Across the country of about 173-million people, civil servants have not been paid wages for months.

With oil now below $60 a barrel, compared to about $115 in June last year, Nigerian states that borrowed against high oil prices are in a fiscal mess, weighed down by a maze of repayment charges, which will take years to clear

In May, the newly elected president, Muhammadu Buhari, was sworn in and state governors hoped the dawn of a new political era might also yield a bailout package for them.

Unfortunately, the federal government had its own challenges: as of May, it had already borrowed more that $2.3-billion – about 54% of its borrowing plan for the year.

But, after denouncing the non-payment of state employees as a “disgrace”, Buhari did come up with a $3.4-billion bailout, including soft loans from the central bank to enable the payment of salary backlogs.

But this looks like a quick fix rather than an overhaul of a culture of dependence, waste and secrecy.

Financial transparency is apparently not a priority for state governors whose websites are run more as public relations outlets than as platforms to discuss public finance issues with citizens.

Years of opacity shrouding the finances of state authorities mean that people did not raise the alarm over the parlous financial situation until too late. Institutional secrecy effectively hid the festering sores that are now a gaping wound. Most of the debts incurred by state governments were tied to populist projects, such as building sports stadiums or huge institutions. Years of waste, civil service inefficiency and debt accumulation have bloated the government’s recurrent expenditures.

With its federal revenues down by about 30% because of the oil price slump, the result is clear – Nigeria cannot keep running a mono-economy on the finite, fickle commodity that is oil. States need to tackle corruption and structural inefficiencies, but also have to maximise and expand their revenue bases.

State governments should be able to spend the VAT revenue they generate, with opportunities to exploit ports and natural resources within their borders. They need to find ways to formalise businesses, ensure proper records to allow tax collection and provide incentives for individuals and organisations to pay taxes.

Buhari’s bailout is a lifeline for civil servants who have been denied their pensions and salaries. But more needs to be done to increase financial transparency and accountability in Nigeria’s 36 states. – © Guardian News & Media 2015

Oluseun Onigbinde is a partner at BudgIT, an organisation working with citizens on public budgetsBailout won’t solve crude economy