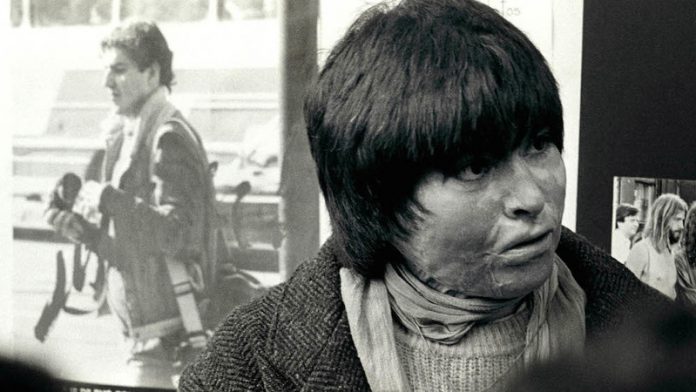 A Chilean judge has ordered the arrest of seven army officers for questioning over an attack on two democracy activists who were doused with petrol by soldiers and set on fire.

The 1986 attack on Rodrigo Rojas and Carmen Gloria Quintana was one of the most notorious torture cases of the 17-year military dictatorship of Augusto Pinochet. Rojas died from his burns and Quintana was disfigured. Attempts to investigate the case were stymied by a decades-long “pact of silence” among the former servicemen.

The case was reopened in 2013 and last year a former army conscript testified and identified two former officers and five former noncommissioned officers who had participated in the attack. All seven were taken into custody on Tuesday night.

Rojas, the son of a Chilean exile, had left the Woodrow Wilson School in Washington, DC, and returned to Chile to photograph protests against Pinochet. Along with Quintana, he was captured by soldiers on July 2 1986, as they documented a two-day national strike against the dictatorship. Quintana and other witnesses described how she and Rojas were beaten, sprayed with petrol and set alight. They were dumped on the outskirts of Santiago, found by residents and rushed to a hospital.

“These two individuals were trying to document and register what was going on in working-class areas of Santiago by showing the world the brutality of Pinochet’s repression,” said José Miguel Vivanco, of Human Rights Watch’s Americas division. “This group of military officers decided in cold blood to kill them. Clearly the intention of the military was to set a precedent, to send a message, to draw a line in the sand and make sure everybody took note of what they are capable of.”

Army cover-up
An army cover-up was launched immediately after the attack, with Pinochet himself suggesting that the two activists had accidentally set themselves on fire while they were making petrol bombs.

But last year Fernando Guzmán – who was an 18-year-old soldier at the time of the attack – told Judge Mario Carroza that the commanding officer, Lieutenant Julio Castañer, had ordered a soldier to douse the victims in petrol and set them on fire. Carroza said: “The version of the victims is now corroborated by the [military] witness.”

Castañer, who was arrested on Tuesday, was still serving as assistant to the chief of staff of an army division in Tierra del Fuego. In previous testimony, he had denied seeing fuel poured on the two young activists.

After lengthy treatment for severe burns at a Canadian hospital, Quintana went on to work as a diplomatic attaché for the Chilean government after democracy was restored.

Speaking after the arrests, she said many of the low-level conscripts who participated in her abduction and abuse were acting under orders and should also be considered as victims. “The most important thing is the revelation that inside the army there is an entire system to protect this lie that they created to cover-up human rights crimes,” she said. – © Guardian News & Media 2015

Chile is at the dawn of a new political era