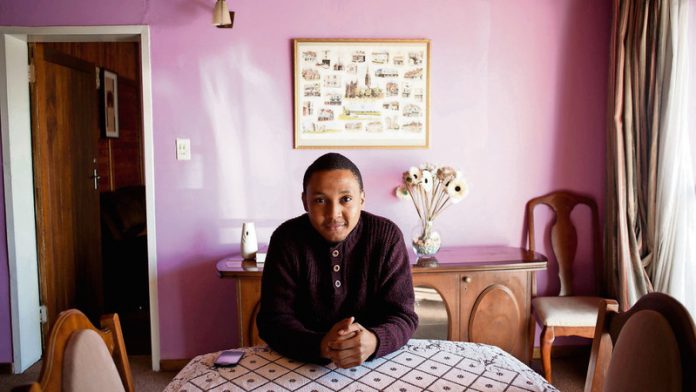 There’s a strong focus on the empowerment of young African playwrights right now – a development that bodes well for local theatre. The United Kingdom’s Royal Court New Writing programme is working with a collective of 11 young South African playwrights (the Playriots) to bring out new contemporary plays.

And the Kennedy Centre’s New Visions/New Voices festival in the United States is collaborating with Assitej South Africa and the Soweto Theatre on a project to nurture and promote theatre for young audiences with the New Writing for Young Audiences in Africa programme. Theatre for young audiences and the writing of suitable plays for them are an untapped space locally and Assitej SA is filling that gap.

“The culture of attending theatre needs to be inculcated at a young age,” says Soweto Theatre artistic director Warona Seane. “It’s important to improve our kids’ literacy, to grow their imaginations and help them think laterally about the world.”  The partnership with the Kennedy Centre began when the director of Assitej SA, Yvette Hardie, was invited to New Visions/New Voices in 2012.

Hardie was bowled over by the festival’s format, which boasted a unique alchemy of multiple playwrights, directors and actors creating new works, and its huge influence  in developing conversations in the US around theatre for young audiences.

The co-founding director of New Visions/New Voices, Deirdre Kelly Lavrakas, says: “Since its inception in 1991, the programme has assisted in the development of 96 new plays, musicals and operas from 86 playwrights and 37 composers, working with 57 US and 10 international theatre companies as well as 17 international playwright observers. It continues to be a major force in improving the quality of work for young audiences in the US.”  She adds: “The landscape for theatre for young audiences in South Africa seems similar to the circumstances in the US when New Visions/New Voices festival was conceived: with many terrific playwrights writing for adults, but not so for many young audiences; with theatre for young audiences not getting the respect it deserves in the theatre field as a whole; and a desire on the part of practitioners to improve the field.”

That became the impetus behind the collaboration between Lavrakas, Seane, Hardie and the Assitej SA team. As South Africa had won the bid to host the Assitej World Congress and Performing Arts Festival, to  be held in Cape Town in 2017, the time also felt right to start a legacy project that would continue after the congress.  The New Writing for Young Audiences in Africa project kick-started with a call-out for new script ideas at the end of 2014. Fifteen African playwrights were selected with writers from Nigeria, Cameroon, Botswana, Zimbabwe and South Africa.

The programme will work with the playwrights to develop their ideas into fully fledged scripts.  The first phase was the staged readings of the first drafts at the inaugural African Youth Theatre and Dance Festival at Artscape in Cape Town at the end of June. There will be about five new scripts to be sent for further work with directors at the New Visions/New Voices festival in 2016.

The end result will be a production or two presented at the Assitej World Congress and Performing Arts Festival in 2017 and at the Soweto Theatre.  Hardie was impressed by the diversity of work presented at the first phase of the programme in Cape Town. “There is a preconception of what theatre for young audiences should be – that it’s about clowns and a lot of colour only,” she says.  “The truth is there is a diversity  of approaches.

Theatre for young audiences can be anything from physical theatre to dance. We easily open  our children up to the multifaceted world of literature, but we limit their exposure to the wealth of what theatre  can offer. Playwrights are pulling themselves out of the box that [says] children’s theatre should be a  certain way.”

The diversity and urgency of some of the narratives that came out of the playwrights’ stories prove this. Playwright and short-story writer Tsungayi Hatitye’s text, Tsetse Valley, interrogates Zimbabwe’s traditional rural ways versus its modern laws.  While studying to be a safari guide, Hatitye witnessed the attitudes of those people who have a modern education and earn money from animals within a contemporary legal framework. He noticed how they had a sense of superiority compared with those who had no education and who earned subsistence wages from the wildlife that surrounds them.

“In essence my story explores an old and new world living in parallel, trying to coexist and the results that emerge from that contact,” Hatitye says. “With it I’m trying to provoke a dialogue about survival. Is it possible to convince an ever-expanding population – which cooks on open fires, practises subsistence agriculture with simple tools, yet struggles to make meat and eggs a part of the grocery list – to practise conservation for the sake of conservation?”

Although Hatitye’s script is still a work in progress, he says it was eye-opening to work in the same space with children, to hear their viewpoints and see their responses.  “The performers, who were young people forming part of Artscape’s educational programmes, interpreted it as a story that tells their own lives – and township kids loved being thrown back into the old world.

Kids can interpret works with a deeper meaning, but enjoy it more when there is a character their own age to reflect their aspirations, fears and realities,” says Hatitye. Lereko Mfono, a young playwright and actor from Vereeniging who is a University of the Witwatersrand graduate, has recently channelled his work into young people’s/children’s theatre and has travelled with it nationally.

His latest play, The Kids from Amandla Street, was written from a place of discontent. One of the themes in the play is xenophobia and he says he was disappointed in how South Africa dealt with the issue.  The story is about a fictional street that was triumphantly built by black Africans in pre-democratic South Africa, but has become a dangerous place for both children and older people to live in.

Ultimately I’d like to start conversations around shaping or re-shaping our identity as a new South Africa/Africa.”  Of the process and feedback, he says: “We have found with theatre for the young that often when you downplay their intelligence or treat the work as a fraction of the work you would otherwise do for adult audiences, then they immediately disconnect. I worked with teens between the ages of 14 to 17.

They felt the play was something new to them because of its personal nature and expressed how they would love to engage with more stories like that.  “Some younger audiences were bothered by vulgar language like the use of the word amakwerekwere [foreigners] while a lot of the adult audiences thought my text could afford to be more age-relevant. But we had a session with seasoned writer Mike van Graan, who spoke on the power of writing from instinct, which I resonated with.”

Hardie believes that the environment for an intergenerational, intercontinental and multicultural dialogue that the New Writing for Young Audiences in Africa programme provides will go a long way towards invigorating conversations on theatre for young audiences and exciting potential writers in the field.

“Theatre is a natural art form — part of how we naturally play, learn and engage with the world,” she says. “It enables us to have empathy and have an experience of someone’s point of view. Twenty-one years into democracy, we need to get to place where we can have a common humanity and a space for parents to engage with their children. It is vital for our children to have access to high-quality theatre.”