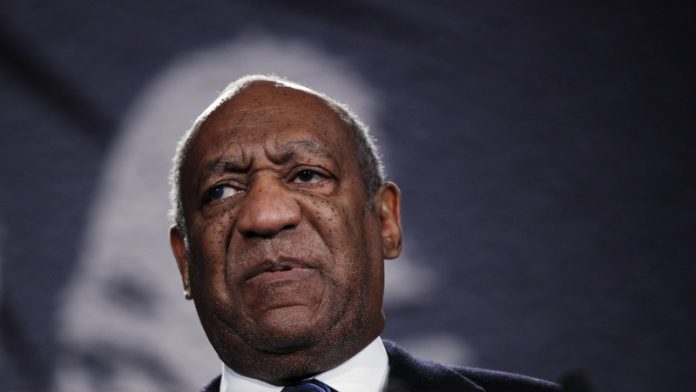 More than 40 women have so far accused comedian Bill Cosby of sexual assault, but the cover story represents a sea change in how the comedian’s alleged victims have been publicly perceived.

On Sunday, the magazine published excerpts of interviews with each woman for a 13-page photo essay, covering accusations they have made against the comedian and the backlash they have faced.

“Listen, he was America’s favorite dad,” said Barbara Bowman, who says she was raped as a 17-year-old actress. She made her case public in 2004, when testifying on behalf of Andrea Constand , who said she was also one of Cosby’s victims.

“I went into this thinking he was going to be my dad,” Bowman told the magazine. “To wake up half-dressed and raped by the man that said he was going to love me like a father? That’s pretty sick.

“It was hard for America to digest when this came out. And a lot of backlash and a lot denial and a lot of anger.”

On the magazine’s cover, the women are seen sitting on stools in black and white. In the photo essay, they are seen from the waist up, wearing white.

Over the course of a decade, public opinion has shifted from seeing Cosby’s accusers as money-hungry starlets to seeing them as a stunningly large group of alleged victims with remarkably similar alleged experiences.

The rolling revelations have all but destroyed Cosby’s reputation . He has been forced to resign from charitable boards and his comedy specials have been canceled. Even a Smithsonian exhibition of the comedian’s extensive art collection has been the subject of controversy.

“I think his legacy is going to be similar to OJ’s legacy,” Joan Tarshis , one of Cosby’s accusers, told the magazine.