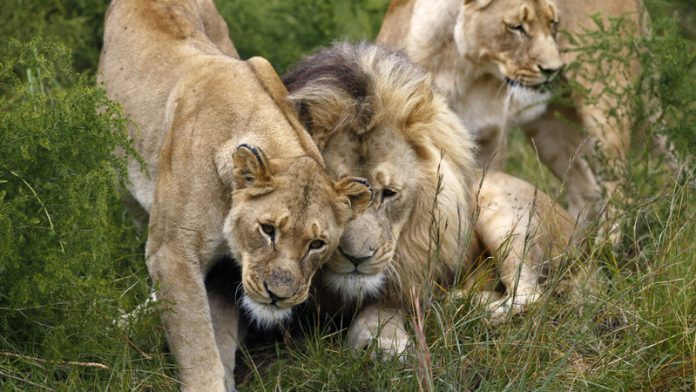 The president of the Professional Hunters’ Association of South Africa (Phasa) has asked the association to reconsider its position on lion hunting, which he has described as no longer tenable and a risk to both the reputation and survival of professional hunting in South Africa.

In a letter recently circulated to association members, Phasa president Hermann Meyeridricks noted that the campaign against trophy hunting has intensified around the canned or captive-bred lion hunting issue since Phasa’s current policy on lion hunting was adopted at its annual general meeting in November 2013.

Broadly, Phasa’s current policy recognises the legality of and demand for captive-bred lion hunting, and the association is working with the predator breeders and government to improve standards and conditions to a generally acceptable level. However, “we have made little demonstrable progress on this front”, Meyeridricks said.

“Broader society is no longer neutral on this question and the tide of public opinion is turning strongly against this form of hunting, however it is termed,” he said. “Even within our own ranks, as well as in the hunting fraternity as a whole, respected voices are speaking out publicly against it.”

“Against this background, I have come to believe that, as it stands, our position on lion hunting is no longer tenable,” said Meyeridricks. “The matter will be on the agenda again for our next annual general meeting, and I appeal to you to give it your serious consideration so that together we can deliver a policy that is defensible in the court of public opinion.”

Most recently a documentary entitled Blood Lions was screened at the Durban International Film Festival. The film is said to “blow the lid off claims made by the predator breeding and canned hunting industries”.

‘Rogue elements’ must be rooted out
In conjunction with the film, a Blood Lions campaign has also been launched with the aim of putting an end to this practice where, “at least two or three captive bred or tamed lions are being killed in canned hunts each day in South Africa. Hundreds more are slaughtered annually for the lion bone trade”, according to the campaign.

“Currently, almost 8 000 predators are being held in cages or confined areas and none of this has anything to do with conservation. If we don’t act now, that number could well be over 12 000 within the next few years,” says the campaign’s website.

On July 17 Minister of Environmental Affairs Edna Molelwa convened a stakeholder engagement meeting to address issues of lion breeding and hunting. In a subsequent press release, the department said all industry role-players present at the meeting conceded that “rogue elements” were operating within the lion breeding and hunting industries, and needed to be rooted out.

Participants agreed to the establishment of a forum to investigate a number of issues related to the lion industry in South Africa. Meyeridicks said the release of the film had raised the public profile of the issue even further, but was not necessarily what triggered his appeal to Phasa members. “It was always our position that the current policy is not where we wanted to end, it is where we wanted to start. And it was always going to be up for review from time to time.”

In the letter to Phasa members Meyeridricks said that with some airlines and shipping lines refusing to transport hunting trophies, Phasa had to face the fact that the lion issue was putting at risk not only the reputation of professional hunting in South Africa, but its survival.

According to Phasa’s website, airlines that have recently banned the transportation of hunting trophies include Emirates, Qatar and Lufthansa.

South African Airways (SAA) last week reversed its decision to embargo the transportation of rhino, elephant, tiger and lion trophies. The embargo was originally implemented following incidents of false declarations and the submission of falsified documents for the shipment of some hunting trophies. It was lifted, effective immediately, after consultation with the department of environmental affairs and commitments that compliance and inspection areas would be strengthened, SAA said in a statement.