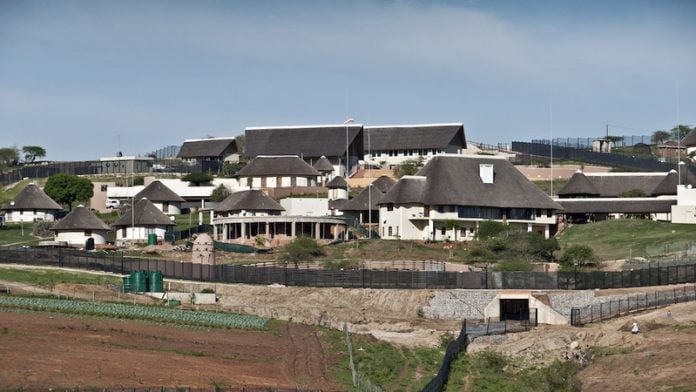 On Sunday, the gates to the presidential homestead in rural KwaZulu-Natal were cracked open just wide enough to admit a small group of journalists to what the presidency considers the publicly-funded areas of the core compound.

The group included no representatives of the Mail & Guardian, nor any from City Press, the two newspapers most responsible for bringing the spending of public money there to public attention since December 2009.

As was the case when MPs were granted access last week – the first access ever granted to anyone not in the employ of the state or a Chapter 9 institution – the official media tour did not include the actual residences of the Zuma family, instead being limited to outside areas and structures built from scratch by the state. Through that omission it neatly avoided problematic features such as the (state-funded) air-conditioning units noted by investigators from the Special Investigating Unit (SIU) in a report first made public in September 2014.

The media tour also did not include any answer from President Jacob Zuma on burning questions, such as why he initially told public protector Thuli Madonsela he was willing to repay taxpayers for the cost of building a larger cattle kraal (which he requested because the size of his herd had increased) then tacitly recanted.

Both tours – and the ongoing deliberations of Parliament’s ad-hoc committee on Nkandla – have to date failed entirely to address Madonsela’s finding that Zuma was guilty of an ethical breach for failing to protect state money from wild over-expenditure on the Nkandla project. Nor have any of the events and discussions addressed the findings of the SIU that Zuma’s personal architect and his agent in his dealings with the state on Nkandla was responsible for an enormous waste of taxpayers’ money – some of it money diverted from allocations where it would have contributed to regenerating city centres and protect against the disaster of dolomitic sinkholes.

Instead, the tours and deliberations have brought focus on the poor state of repair of state infrastructure in and around Nkandla and the often shoddy workmanship of the initial construction.

For the ANC, apparently hellbent on protecting Zuma from personal liability, this has served to undermine the narrative of comfort and luxury bought for Zuma and his family at state expense, even though the actual living conditions of the family have never been on show.

For the opposition, the Democratic Alliance in particular, the poor construction and upkeep have presented an opportunity to hark back to its primary election message: that the state under the ANC is incapable and wasteful. With Nkandla unlikely to sway voters in upcoming local government elections and with Zuma not in contention in the national elections that will follow, the opposition has shown a distinct liking for this broader criticism of the government, even at the price of turning Zuma into a perceived victim of graft and state ineptitude rather than a recipient of largess.

That leaves only Madonsela’s office insisting that Zuma must take some personal responsibility and make at least token amends and that only through what Madonsela has herself described as soft power, limited to persuasion by public shaming.

And it leaves unaddressed the structural problems of a system in which a President is responsible for policing his own ethics, and where half a decade of state misspending and overspending can pass without any public representatives being held to account.