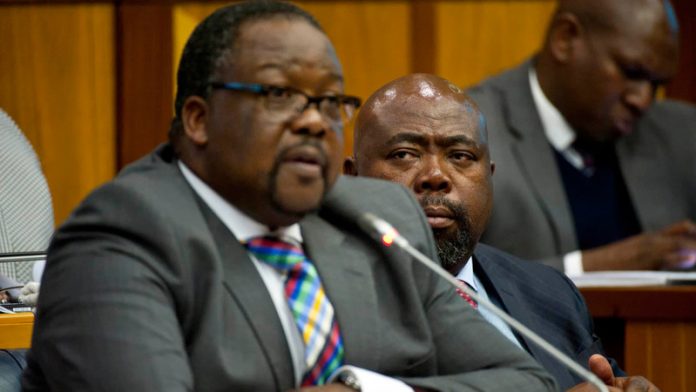 Regardless of what Parliament decides on President Jacob Zuma’s Nkandla homestead, he could still be on the hook for R11 137 553 – plus interest.

Despite another round of hearings on his home this week, the combination of a presidential proclamation, the need to protect state resources and a pending decision by the high court means Zuma could still have to cough up some cash.

Of the five major reports on Nkandla from various bodies to date only one, that of public protector Thuli Madonsela, recommended that Zuma should repay some of the state money spent on his family compound. Madonsela did not calculate how much Zuma should be liable for.

The latest of the reports, by Nathi Nhleko, the police minister, puts that liability at zero.

In between those two reports, however, in August 2014, the Special Investigating Unit (SIU), which investigates only what it is directed to investigate by order of the president, concluded its own analysis on Nkandla, and provided numbers for the extent to which the Zuma family was enriched out of state coffers.

The project had clearly enriched the Zuma family, the SIU said. The unit recovers money from those enriched at state expense, and aims to close loopholes that allow for such unjustified enrichment.

At the time of its report the SIU said it had two options to recover overspending on Nkandla: either file claims individually against each party unduly enriched, which would constitute a long list of contractors and the Zuma family, or claim the entire amount from Minenhle Makhanya, Zuma’s architect and government agent on the project.

It considered the claim against Makhanya to be the most effective and efficient choice, and launched a lawsuit against him in the high court in Pietermaritzburg.

Despite the fact that Makhanya was paid in the region of R17-million for Nkandla work, the SIU action seeks damages of more than R155-million against him.

Makhanya has contested the claim. Neither he nor his legal representative would comment on it this week, but both have previously expressed confidence that the legal fiction of his sole responsibility would not withstand judgment.

Should that civil claim fail, or be overturned on subsequent appeal, the SIU would be faced with another decision: pursue its second-choice option of claiming damages from Zuma and individual contractors for damages, or fail to fulfil its obligation under Proclamation R59 of 2013, signed by Zuma at Nkandla, directing the unit to exercise its powers, “including the recovery of any damages or losses suffered” by the state.

What the SIU found at Nkandla

The Nkandla report by Madonsela attracted criticism and outright attacks from MPs, Cabinet ministers, ANC officials and others – but the SIU’s findings attracted very little attention, despite their explicit nature.

The unit concluded that: “It is … implicit from the claims based on the increase in the scope of the works that the value of the president’s, or the Zuma family’s, residential complex was enhanced. Clearly, to the extent that these claims are well founded, the president or his family were enriched.”

Others in the firing line

Cabinet ministers Mthethwa and Doidge handled Nkandla in an “appalling manner” Makhanya currently faces the financial pressure on Nkandla and Zuma is in the political firing line – but the scandal has also spawned complaints and investigations involving 18 other individuals and a handful of companies, the directors of which could also be personally liable.

None of these actions are dependent on the findings of Parliament’s ad-hoc committee on Zuma’s homestead and those who could still theoretically face sanctions, ranging from a rap on the knuckles to jail time, include:

Arts and Culture Minister Nathi Mthethwa and ambassador to Sri Lanka Geoff Doidge
As ministers of police and public works respectively, (the two departments most intimately involved in Nkandla’s construction) at the time, Madonsela recommended that both should be reprimanded for “the appalling manner in which the Nkandla project was handled and state funds were abused” under their watch.

ANC secretary-general Gwede Mantashe and his deputy Jesse Duarte
At an August 2014 press conference Mantashe and Duarte tore into Madonsela, accusing her of pursuing a personal vendetta against Zuma, undermining the Constitution, and leaking her own reports, with dark hints in between that she had conspired with opposition political parties. By law contempt of the public protector is equivalent to contempt of court, a criminal trespass that can come with jail time. A formal criminal complaint lodged by AfriForum is technically still open.

14 employees and former officials of the public works department
Public works handled the vast majority of the money spent on Nkandla, and various reports agree it did so with little regard for the rules. The Special Investigating Unit recommended criminal action against three former employees and disciplinary action against another 12. One of the 12 pleaded guilty to charges; hearings for the other 11 were delayed in part because of a media application (by parties including the Mail & Guardian) for access to proceedings.

Various contractors on the project
The SIU was suspicious about various tax-clearance certificates – a prerequisite for government tenders – provided by contractors who worked on Nkandla. It referred evidence of fraud in one case, that of Bonelena Construction to prosecutors. Zuma also still, in theory, faces criminal charges for theft and corruption laid by the Democratic Alliance, Economic Freedom Fighters, several private citizens and at least one nongovernmental group.