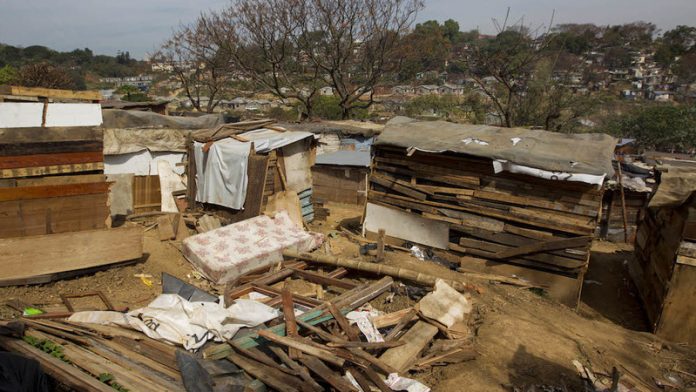 Who produces this slander?

Around the world, it’s not unusual for small sectarian left organisations or networks to operate in a manner typical of cults of various kinds.

The political becomes sublimated into the theological, the personal, or both, and tiny groups of people begin to imagine themselves as an enlightened elect destined to redeem a class, a race, a society, or even humanity as a whole. This is a deeply narcissistic fantasy. When reality doesn’t conform to fantasy, the temptation to sustain the fantasy by collapsing into paranoia and hysterical scapegoating, usually of others on the left, often proves irresistible.

Heresy hunting, frequently obsessive and paranoid, often takes precedence over serious attempts to build the sort of popular power that can counter domination.

In most cases, the screeds of slander, the obsessive focus on particular personalities and often minor differences on ideas or strategy, as well as, in some instances, the abusive pra-ctices that result, are confined to the margins of public life.

The evident fact that the South African left includes this kind of sectarian politics, which often prioritises the production of slander over effective political action, is entirely unsurprising.

It is also unsurprising that sectarian politics in South Africa has, on occasion, descended into real authoritarianism and brutishness and been accompanied by serious harassment. As the 2013 rape scandal in the Socialist Workers’ Party in Britain showed, atrocious behaviour in the name of a better world to come is not unique to the South African left.

What has been unusual about the postapartheid South African left, however, is that the sort of sectarian politics that is seriously damaging to both the prospects of the left and rational discussion more broadly has occasionally made its way out of the margins of public life and into the sort of spaces where it is usually assumed that there is a prohibition on certain practices, including the deliberate exercise of dishonesty.

This is enabled, in part, by the general pervasiveness in our society of a set of colonial ideas about the capacity for political agency on the part of people who are poor and black.

In the networks that link the South African left to North America and Western Europe, it has also been enabled by narcissistic colonial fantasies about the imagined redemptive power of enlightened white agency in Africa.

Some in the professional networks that seek to represent popular struggles on national and international platforms have succumbed to the temptation to try to delegitimise forms of struggle and organisation that operate outside of their control, and to do so in ways that are in striking contradiction with documented accounts of empirical reality.

The facilitation of free and open debate is an obvious political imperative in the left as well as the wider society.

But that imperative is not served by confusing slander – the deliberate and malicious exercise of dishonesty – with debate that, no matter how vigorous, is grounded in a serious attempt to root critique in reality. If there is to be any prospect of building a democratic, rational and effective left in South Africa, a clear distinction will need to be drawn between critique and slander.

Unfortunately the distinction between critique and slander has escaped the editors of Politikon (Who produces this ‘rigorous knowledge’?). This is not just bad for the left; it also undermines the integrity of the academic project.

Readers would do well to draw a clear distinction between allegations offered without evidence, especially when made by individuals with a demonstrable history of making reckless and dishonest public statements, and statements that are accompanied with credible evidence as to their veracity. – Richard Pithouse, Grahamstown

Heed your own lesson, Fransman

Marius Fransman’s insincere warning to editors to conduct themselves with respect and dignity should be heeded by him first (M&G‘s unforgivable sin is blaming Number One). At a recent meeting of the Western Cape structure of the South African Communist Party, he used racist hate speech.

The speech, titled We Must Teach the DA a Lesson, is practically a carbon copy of a speech by Adolf Hilter in 1938, when he told the world how he would teach the Jews a lesson. (It is unclear whether Herr Fransman was claiming that white people who are members of the Democratic Alliance were cannibals.)

This is not a personal attack on an ANC leader (though, sadly, Fransman is one). It is to point out a case of defamatory incitement, using lies, by someone who expects to lead the citizens of Cape Town. It is obvious he will stop at nothing, including racist hate speech, to “stop the DA from growing more support”.

The diatribe against the M&G in his letter appears to be part of the latest ANC pattern. Other examples are the belligerent ANC submissions in the ad hoc parliamentary committee on Nkandla last week, which can be summed up as: “I saw it, so the president has nothing to pay.”

Of course, this could just be seen as grovelling to Number One. Could the ANC please start a political school for their leaders, and include logic and reasoning in the curriculum? – Tom Morgan, Cape Town