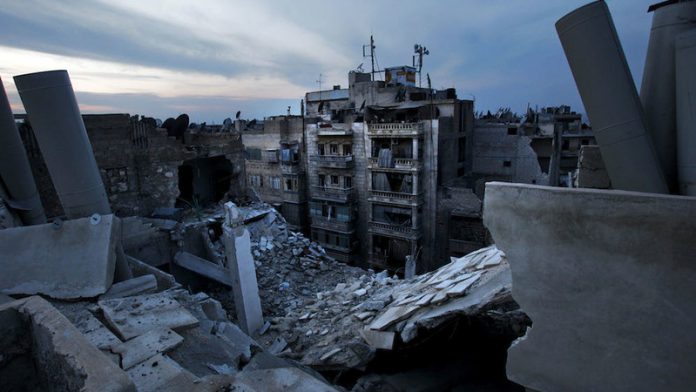 In the early hours of October?8 2013, a group of five young men headed towards their departure gate at Gatwick. From the CCTV footage, they don’t stand out from the other passengers, probably bleary-eyed but looking forward to a last bit of sun before a British winter, on their way to the Turkish beach resort of Antalya on this Thomas Cook flight.

The five had return tickets so as not to arouse suspicion, but they had no plans to come home. The next evening, the parents of at least one of the group would receive a letter from their son saying that by the time they read it, he would be in Syria.

Over the weekend, it was reported that the last of the group still in Syria and fighting for Islamic State, Asad Uzzaman (25), had been killed. Of the self-styled al-Britani Brigade Bangladeshi Bad Boys, the first to die was Muhammad Hamidur Rahman (25) in July last year; Muhammad Mehdi Hassan (19) and Mamunur Mohammed Roshid (24) were killed in October.

A fifth member, Mashudur Choudhury, the oldest of the group (now 32), returned to Britain shortly after they left and was arrested. He became the first British citizen convicted of a Syria-related terror offence and is serving a four-year prison sentence.

In Choudhury’s trial, details of how the group joined the Islamic State came to light. The group had been in touch with 25-year-old Ifthekar Jaman, a call centre worker and a cousin of Uzzaman. Jaman had travelled to Syria in the spring, and become one of the most prominent foreign jihadists, thanks to his savvy use of social media.

Choudhury and Jaman had several conversations about practicalities: what kind of gun would £50 get him? What shoes should they bring? “Light running shoes,” said Jaman. Most of the clothes they could buy there, but he advised them to bring a good-quality jacket from Britain. How long would training last? About six weeks, said Jaman. In several tweets, a couple of weeks before he left, Choudhury wrote: “Leaving wife & kids behind for Jihad.”

A blogpost written by a young man who called himself Abu Qa’qaa is believed to detail meeting the Portsmouth group in Turkey, before they all crossed the border into Syria. He was one of three travelling to join the Islamic State from Manchester.

Jaman, who knew the Portsmouth group but not this second group, had asked his friends to meet them and vet them. “By Allah’s grace the brothers approved of us and that very next day we made steps towards the borders of sham!” Qa’qaa wrote.

At their first attempt at crossing the border, they were turned away. “We were discussing amongst each other how tears were ready to flow from our eyes.” They were successful on a second attempt.

At his trial, Choudhury told the court of burned-out cars on the way to Aleppo, and how they would have to duck in the car to avoid snipers; he said they saw the dead in body bags at a hospital they were staying at.

Shiraz Maher, at the International Centre for the Study of Radicalisation (ICSR) at King’s College London, has spoken to members of the group. Hassan, he wrote in a piece for the New Statesman, “displayed a combination of youthful wonder and self-importance as a member of the Islamic State. Our interactions were often curt and difficult. He was aggressive and arrogant.”

In an interview with the Sunday Times in October, just days before he was killed, Hassan’s mother told of how he had never been abroad on his own before – he had only ever been to Bangladesh, with her. He had been a bright child, educated at the Catholic, fee-paying St John’s College, then on to sixth form, where he got good A-level grades and was about to go to Surrey University to study international politics.

Instead, he took a year off and fell in with a group of older men – the men he would go to Syria with. They would meet in a café after Friday prayers, and Hassan joined a proselytising group, Dawah, that some of the others were involved in. “Sometimes I just get sick of generic life. I’m living in the west to eat, study, work, pay tax, sleep #Slave,” he tweeted.

In July, Hassan was reported to have been shot; in October, he was killed during the siege of the border city of Kobani.

Maher described Hassan as an adventure seeker, but Rahman, who used to work as a supervisor in a Primark store and was the first of the group to be killed, “craved martyrdom”.

At first, Rahman was suspicious of Maher, but he got in touch with the academic after the Islamic State had attacked Mosul: “Despite his obvious excitement and pride, Rahman painted a sober picture of daily life. ‘One of the hardest things about being here is the waiting,’ he told me. ‘We are trying to build a state. This is why a lot of ribat [guard duty] is required, so the area is secure.'”

The reality of joining the Islamic State, Maher points out, is more mundane than the recruitment videos would have potential jihadists believe. For the British “fighters”, especially, who lack combat skills and often don’t even speak the language, days would usually be filled with less glamorous jobs such as guarding and cooking.

These boys from an English town, coming from jobs in retail and customer service, seemed woefully deluded and underprepared for war, but increasingly, British fighters have been joining frontline battles and the ICSR estimates 50 could have been killed.

Will their deaths, considered martyrdom by some, put off other British recruits? Perhaps not. More telling – and maybe more powerful in countering the Islamic State recruitment propaganda – is the belief by Hassan’s family that he had grown disillusioned with the Islamic State and had been trying to return home. – © Guardian News & Media 2015

A net to catch the NEETs

A decade of reconstruction looms post-Covid. This is our chance to restructure the economy to build a more inclusive one
Read more
Opinion

Youth need to be central to government’s policymaking

Young people answered the call to service during this crisis and made a significant contribution during lockdown, they deserve to be recognised as changemakers
Read more
Africa

After learning from Côte D’Ivoire’s ASEC Mimosas, the Paradou AC academy is revolutionising football in Algeria — and doing it barefoot
Read more
Opinion

Young people are a critical demographic in South Africa, but their influence on national politics in the past two decades has been limited
Read more
Advertising
Continue to the category
Politics